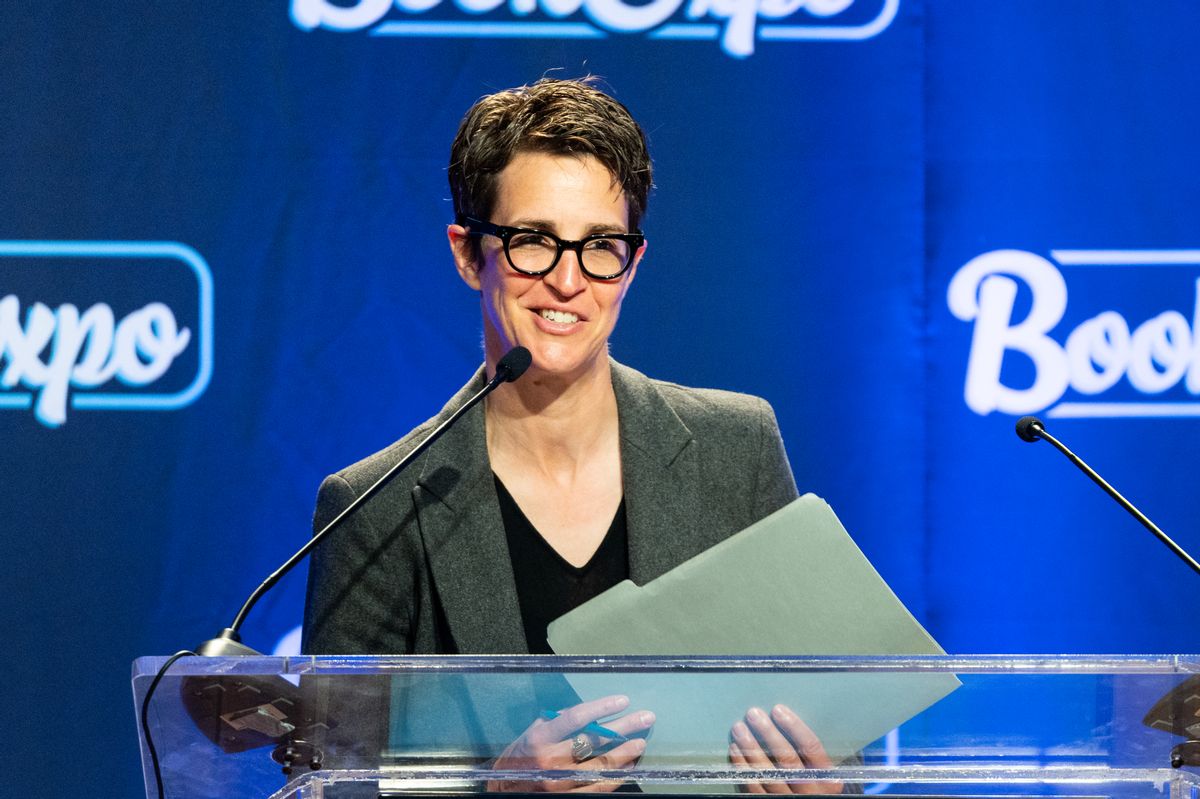 For more than a dozen years Rachel Maddow has been the face of MSNBC, keeping the network's mostly liberal and growing base of viewers informed five nights a week. But according to The Daily Beast, the 48-year old Emmy and Grammy award-winning anchor is "seriously considering" leaving when her contract expires next year.

It's hard to imagine the news without Maddow, the 2022 midterms, or the 2024 presidential election without her insight, expertise, self-effacing wit, and dogged determination to inform.

The Daily Beast says Maddow could leave "as negotiations drag on and the temptation to take her brand elsewhere or start her own lucrative media company has grown." She has "in recent months increasingly expressed openness to exiting when her deal ends, citing a desire to spend more time with her family and the toll of hosting a nightly program since 2008."

A Rhodes Scholar who earned her Doctor of Philosophy degree in politics at Oxford, Maddow "has occasionally dropped hints about professional burnout. During her Monday evening broadcast, she informed viewers that a two-week break she took earlier this month was the longest vacation she's taken in her entire life. And during a 2019 interview with The New York Times, Maddow said she realized that between writing a book and hosting her show, she barely has any time to herself."

Read the entire report at The Daily Beast.