Thanks to climate change, supply chain disruptions are poised to be the new normal 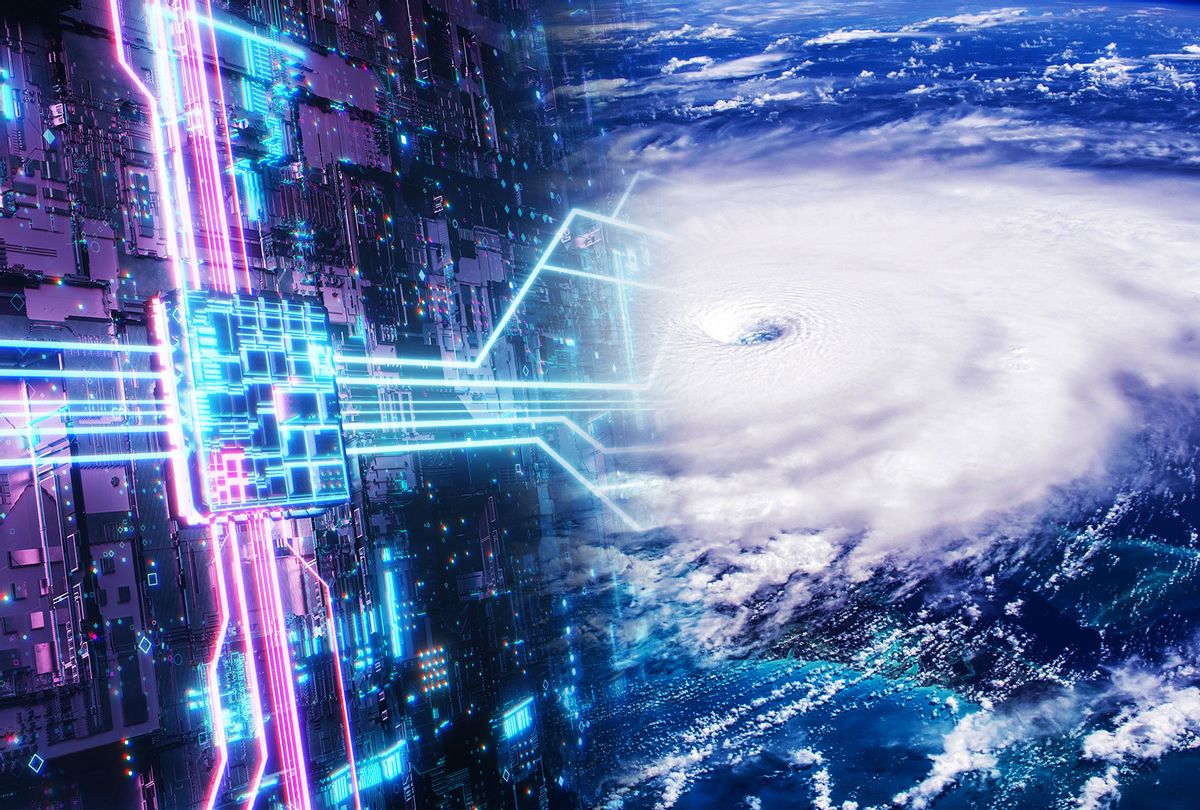 Dr. Thomas Goldsby, a professor of supply chain management at the University of Tennessee — Knoxville's Haslam College of Business, assigns his undergraduate student a "routine exercise" that frequently proves revelatory. Its purpose is to illustrate the complexity of the various trade routes that bring products from all over the world to consumers. The assignment is to figure out how far the students can trace the supply chain — if possible going back to the exact point when the raw materials were extracted.

"When my students have had an opportunity to present their results to the companies and the products that they produce, the company executives learn something every time," Goldsby told Salon. "I just think it's remarkable that my undergraduate students can present news about the business or the products and the senior executives are like, 'Wow, we had no idea that a golf club manufacturer is wondering why they have a hard time getting titanium.' It's because there's not a lot of titanium that goes into a golf club, but there's a whole heck of a lot of it that goes into an aircraft to build the fuselage."

Goldsby uses this exercise to explain the complexity of the supply chains and how unanticipated hiccups — such as another industry wanting a resource you need, and you not knowing it — can have drastic, unexpected consequences.

The internecine nature of the supply chain means that seemingly unrelated things can have an effect on each other — say, a global pandemic and a microchip shortage. Microchips, the sets of circuits hosted on small flat pieces of silicon, are intrinsic to so much of industrial civilization: they are used in computers, cars, mobile phones, home appliances and virtually all other electronic equipment. We already have a shortage of microchips because of COVID-19. Yet it is going to get a whole lot worse because of global climate change.

Pandemics may not seem to have much to do with the manufacture of microchips; silicon chips, certainly, cannot contract the virus. Yet the supply chain for microchips is fickle: historically, chipmakers were usually able to keep pace with growing demand for chips in products like automobiles and home electronics. But the pandemic interrupted that rhythm by causing consumers to behave in unpredictable ways, with manufacturers struggling to correctly foresee how many chips they would need for everything from Volkswagens to Playstations. Because the supply chains are so complicated, this made it easier for problems to arise that delayed production or transportation.

Worse, the industry has a lot of bottlenecks. There are only a handful of foundries that account for most of the world's chip fabrication, resulting in roughly 91% of the contract chipmaking business being located in Asia. This makes countries like the United States vulnerable to production disruptions either in those distant lands or at any step along the way. Likewise, there are companies in the United States, Japan, the Netherlands and elsewhere that have also found ways to make themselves indispensable to the global manufacturing of microchips. The end result is that this particularly important piece of equipment is especially vulnerable to shortages when there are unexpected alterations to consumer demand, a phenomenon known as the bullwhip effect.

Experts do not believe that the chip shortage is going to end anytime soon, but it is only the beginning of the problem. If you thought COVID-19 caused problems for supply chains, imagine how they'll be blown apart when climate change causes extreme weather events, rising sea levels and massive spikes in temperature all over the world. There will be increasingly frequent and severe wildfires on the Pacific Coast, flooding in our eastern cities and millions of refugees. It is impossible to anticipate the number of new variables this will throw into orderly supply chain management — other than accepting that particularly intricate supply chains are almost certainly going to start coming apart.

"The industry is very clearly dependent on globally-interconnected supply chains and distribution systems," Dr. Michael E. Mann, a distinguished professor of atmospheric science at Penn State University, told Salon by email. "Anything, such as COVID-19, that disrupts transportation is going to disrupt these supply chains and distribution systems and lead to bottlenecks and backlogs."

Mann cited a recent report by the United Nations' Intergovernmental Panel on Climate Change, explaining that this "will clearly lead to delays in the distribution of microchips and will presumably have an adverse impact on the semiconductor and computer industries."

The most obvious solution to this problem, naturally, would be for world leaders to take global warming seriously and do whatever it takes to both reduce greenhouse gas emissions and fix the damage already done to our planet. Frustrating though it may be, however, there are practical geopolitical realities which strongly suggest this may not happen. That means we face a chip shortage in the foreseeable future — among other shortages.

"I think that we need to acknowledge that there are interactions that we don't yet fully understand and appreciate," Goldsby told Salon. He later added, "We've got to go back to raw material extraction and we need to try to map it out and understand where those raw ingredients come from."

This is more challenging than it might seem, because despite their small size, microchips are very intricate.

"It's basically like making a cake," Dr. Ron Olson, Director of Operations at Cornell NanoScale Science and Technology Facility, told Salon. "You start off with this base layer, then you add and subtract metals and oxides in different layers, just like following a recipe on a cake or baking or whatever. Then you end up with your final product."

Dr. Christopher K. Ober, a professor of materials engineering at Cornell University, explained that one way to get around possible shortages is to follow the example of a car manufacturer that proved more resilient to supply chain issues than other organizations.

"Toyota really was a big proponent of lean manufacturing," Ober explained. "Basically they didn't keep anything in warehouses. It was delivered in a truck at the same time they were going to put it into a car. What Toyota learned, I think it was because of [the Fukushima earthquake in 2011], they couldn't entirely depend on instantaneous delivery. They actually had to start storing critical parts that might be hard to access."

While this kind of smart resource allocation can protect companies from immediate issues like chip shortages, one economist argued to Salon that we need to stop assuming lengthy supply chains are an inevitable and necessary part of our economy. According to Dr. Richard D. Wolff, professor emeritus of economics at the University of Massachusetts Amherst, lengthy international supply chains were developed by a handful of powerful corporate elites to maximize their profits — regardless of the obvious fragilities in such arrangements.

"It was a deliberate economic sequence of decisions made by a particular group of people for particular purposes that created the global supply chain," Wolff explained, saying the choices were made by the thousands of people who comprise the boards of directors in American corporations. "They decided, starting in the 1970s, that American capitalism had reached a kind of tipping point. It had grown spectacularly over the previous century. It had made a ton of money, but along the way, it had had to compensate the working class. Not on a scale that the working class deserved, needed or wanted, but because of the unionization, they had to come across with something."

They did, improving working conditions for American employees at the behest of labor, but in the process corporations saw their profits decline. Then they turned to nations in Africa, Latin America and Asia. Many of them had only recently shaken off the yoke of European colonialism and could not protect their workers as well as Americans. Their citizens had taken over their governments and been able to improve the education, health care and other social systems for their people (these had been neglected by the European colonial powers). This mean that they could be substituted for American workers at much lower cost.

"Long story short, a massive relocation of business was accomplished by the capitalists of the world, in which they went to China, India, Brazil, and other places far away from the centers of capitalism in Western Europe, North America and Japan," Wolff observed. "That's why we have long supply chains. It was the corporate leadership that made the decision to maximize their profits by moving all that."

Like so many other features of capitalism, the development of long supply chains seems poised to self-immolate because of climate change. Unfortunately, there is no sign that the economic titans are interested in changing the way supply chains work at this juncture. That means we are facing a future where we lose access to the internet, can no longer watch television or movies, have countless useless cars and struggle to find food. Hence, unless the economy is restructured to end climate change and ridiculously long supply chains, it is hard to see how realistic hope will be possible.