“Rather than running off to Cancun in tough times," CNN PR said, Clarissa Ward "is risking her life" 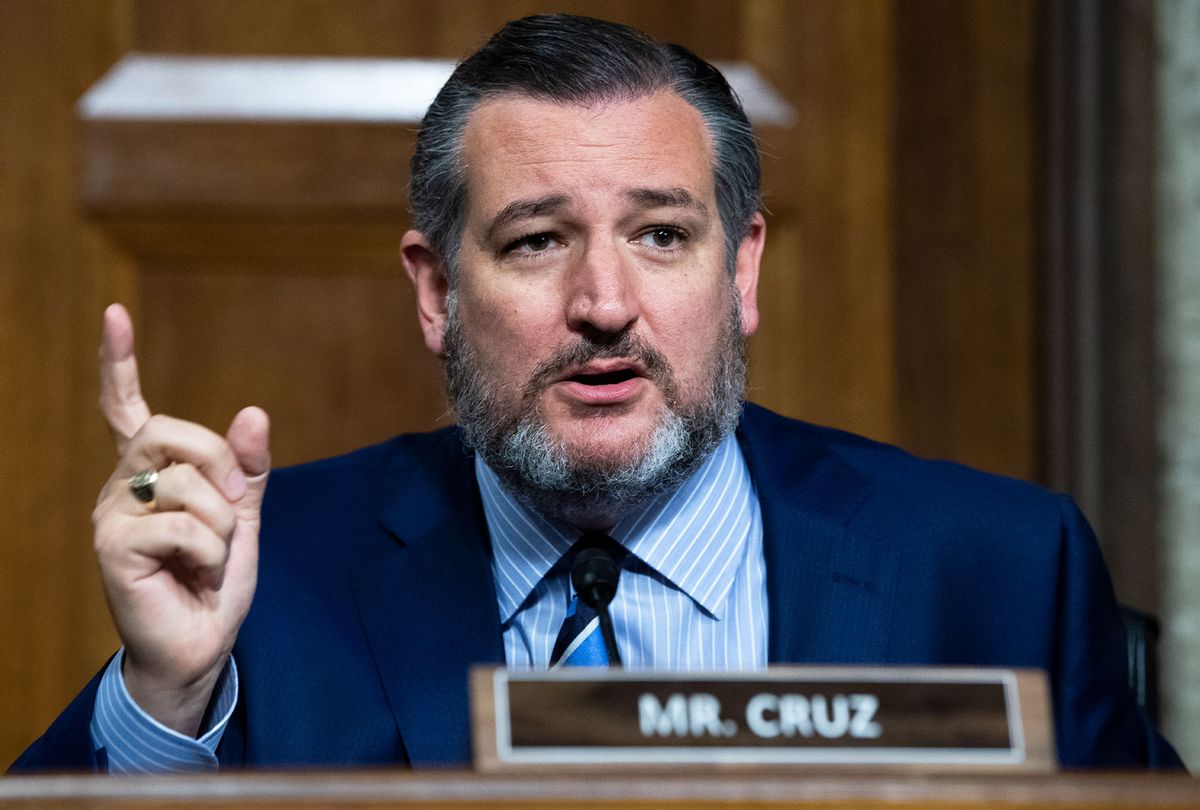 CNN fired back at Sen. Ted Cruz, R-Texas, on Monday after he mocked a journalist reporting on the ground in Afghanistan on the Taliban takeover over Kabul.

CNN Chief International Correspondent Clarissa Ward has been reporting on the fears Afghans, particularly women and girls, face amid the Taliban's resurgence. On Sunday, Ward interviewed hostile Taliban fighters on the streets of the Afghan capital while wearing a head covering — a minimum standard under the new regime's strict requirements for women.

"People come up to them to pose for photographs," Ward said as she stood outside the U.S. embassy compound in Kabul where Taliban fighters had seized control. "They're just chanting death to America, but they seem friendly at the same time. It's utterly bizarre."

Cruz shared a seven-second clip from the seven-minute report. It appears the Texas senator got his edit from far-right Pizzagate truther Jack Posobiec who chopped off Ward's comment about how "utterly bizarre" the situation was to make it appear that CNN was touting how "friendly" the insurgents were.

"Is there an enemy of America for whom @CNN WON'T cheerlead? (In mandatory burkas, no less.)," Cruz tweeted, inaccurately describing Ward's head covering as a burka, which is a head-to-toe covering.

CNN's public relations arm was quick to hit back at Cruz, citing his trip to Cancun during a February storm in Texas that left millions without power and killed more than 200 people.

"Rather than running off to Cancun in tough times, @clarissaward is risking her life to tell the world what's happening," CNN PR tweeted in response to Cruz. "That's called bravery. Instead of RTing a conspiracy theorist's misleading soundbite, perhaps your time would be better spent helping Americans in harm's way."

"Such courage here, firing off an out of context and remarkably out of touch tweet from the safety of one's summer recess," he tweeted, calling the senator's comment "embarrassing."

"She's risking her life to practice the First Amendment in a place where such a thing does not exist," wrote fellow CNN reporter Bill Weir. "Go try it sometime, Senator. It's not Cancun."

Cruz, it should be noted, did not take any issue with a tweet from fellow Republican Lauren Boebert, who tried to mock President Joe Biden's campaign slogan on Twitter by writing that "the Taliban are the only people building back better."

Ward during her report noted how hostile the Taliban fighters have been to her as they crack down on women's rights in the country.

"They've just told me to stand to the side because I'm a woman," she said during one point, noting that her presence "created tension" among the insurgents. "Obviously, I am dressed in a very different way to how I would normally dress to walk down the streets of Kabul," she said.

Ward has focused her reporting on the "profound sense of anxiety" she has seen among many in Kabul.

"I think you may not see it on the streets, but it's the people who aren't on the streets today that, in some ways, are the real story — the people that are hiding in their homes, who are petrified to go out, who are worried about being targeted, who fear for their lives, who are too scared to tell their stories," she said. "But their stories must be told because in this moment their fear and their desperation is so real as we saw with those extraordinary images coming from the airport that I don't think any of us will be able to forget any time soon."

Biden on Monday said he stands "squarely" behind the decision to withdraw from the 20-year war but admitted that the Taliban takeover "did unfold more quickly than we had anticipated." Despite intelligence assessments that it may take up to three months for the Taliban to recapture Kabul last week, it took just days as the Afghan military collapsed and the country's president fled. That has caused the military to scramble to evacuate the U.S. embassy in Kabul as well as tens of thousands of Afghan allies who helped the U.S. military and now fear they will be killed by the Taliban.

Ward has been unsparing in her criticism of the Biden administration's handling of the withdrawal, calling Biden's comments "hollow words."

"There will be a lot of frustration with the speech," she said Monday, noting that the "core issue" is not whether the U.S. should have withdrawn but the "catastrophic manner of this withdrawal."

On Tuesday, Ward pressed Pentagon spokesman John Kirby to promise that the administration would "step up and take responsibility" for evacuating the thousands of Afghans who have helped American forces. Kirby said that the Pentagon has an "obligation" to those that helped the war effort and would not be abandoned but, when pressed on Afghans who have had their paperwork turned down, deflected to the State Department.

"To most Afghan people that I'm talking to, John, that's going to sound like hollow promises," Ward told Kirby, adding that "I'm the one who's here on the ground talking to Afghans every day… I'm the one who has to look them in the eye."