"While it was something I never ever imagined having to do, I did urge my brother to resign when the time came" 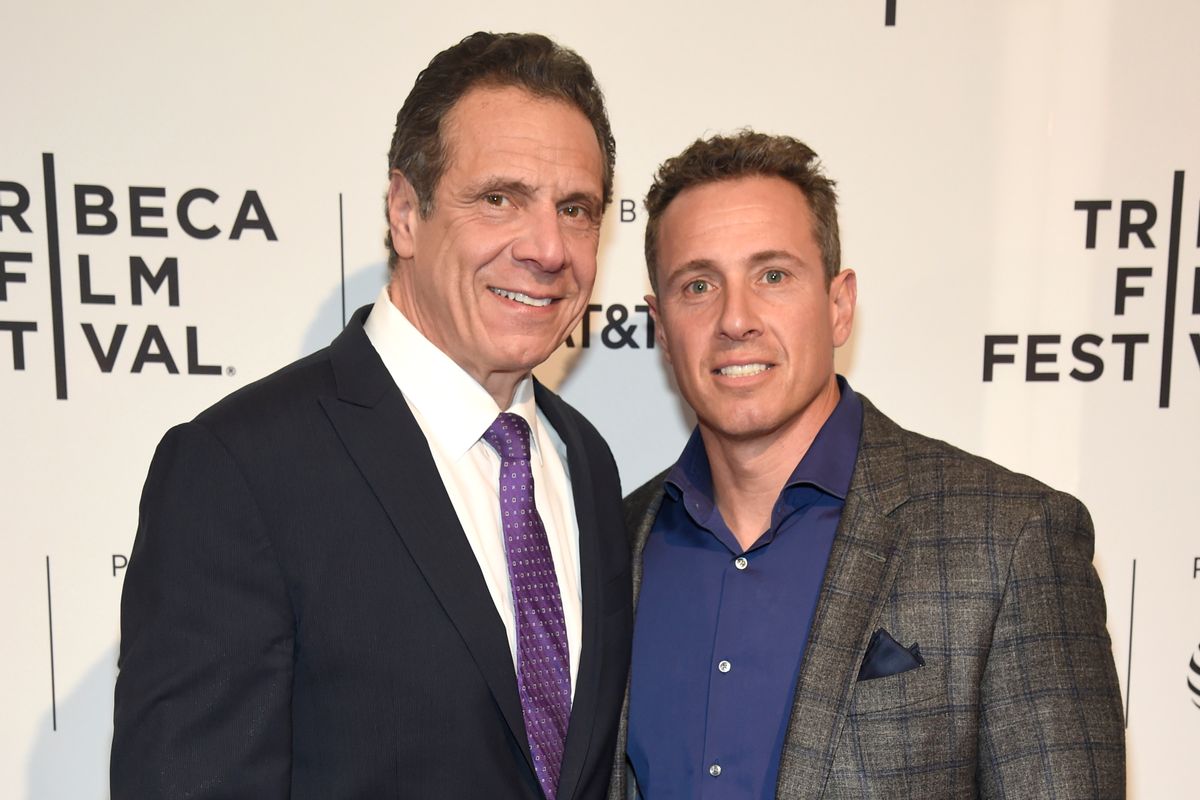 Last week was a horrific week for Gov. Andrew Cuomo's political career and one CNN host was noticeably absent as the reports rolled in: his brother, Chris Cuomo.

Returning to the air Monday evening, the much younger Cuomo broke his silence, saying that he urged his brother to resign.

"There are a lot of people feeling a lot of hurt and a lot of pain right now," Cuomo began. "My hope is that ultimately, everyone involved can get to a better place. That some higher good will be served in all of this. As for me, I've told you it's never easy being in this business and coming from a political family, especially now. The situation is unlike anything I could have imagined. And yet, I know what matters at work and home. Everyone knows you support your family. You should also know I never covered my brother's troubles because I obviously have a conflict, and there are rules at CNN about that. I said last year that his appearances on this show would be short-lived, and they were. The last was over a year ago, long before any kind of scandal."

He went on to say he wasn't in control of anything or an adviser. He was just a brother to the elder Cuomo.

"I was there to listen and offer my take, and my advice to my brother was simple and consistent," he continued. "Own what you did, tell people what you'll do to be better, be contrite, and finally, accept that it doesn't matter what you intended. What matters is how your actions and words were perceived. And yes, while it was something I never ever imagined having to do, I did urge my brother to resign when the time came. There are critics saying things about me, many unsupported but know this, my position has never changed. I never misled anyone about the information I was delivering or not delivering on this program. I never attacked nor encouraged anyone to attack any woman who came forward. I never made calls to the press about my brother's situation. I never influenced or attempted to control CNN's coverage of my family."