Rep. Mo Brooks is currently steeped in litigation over his alleged role in inciting the Jan. 6 Capitol insurrection 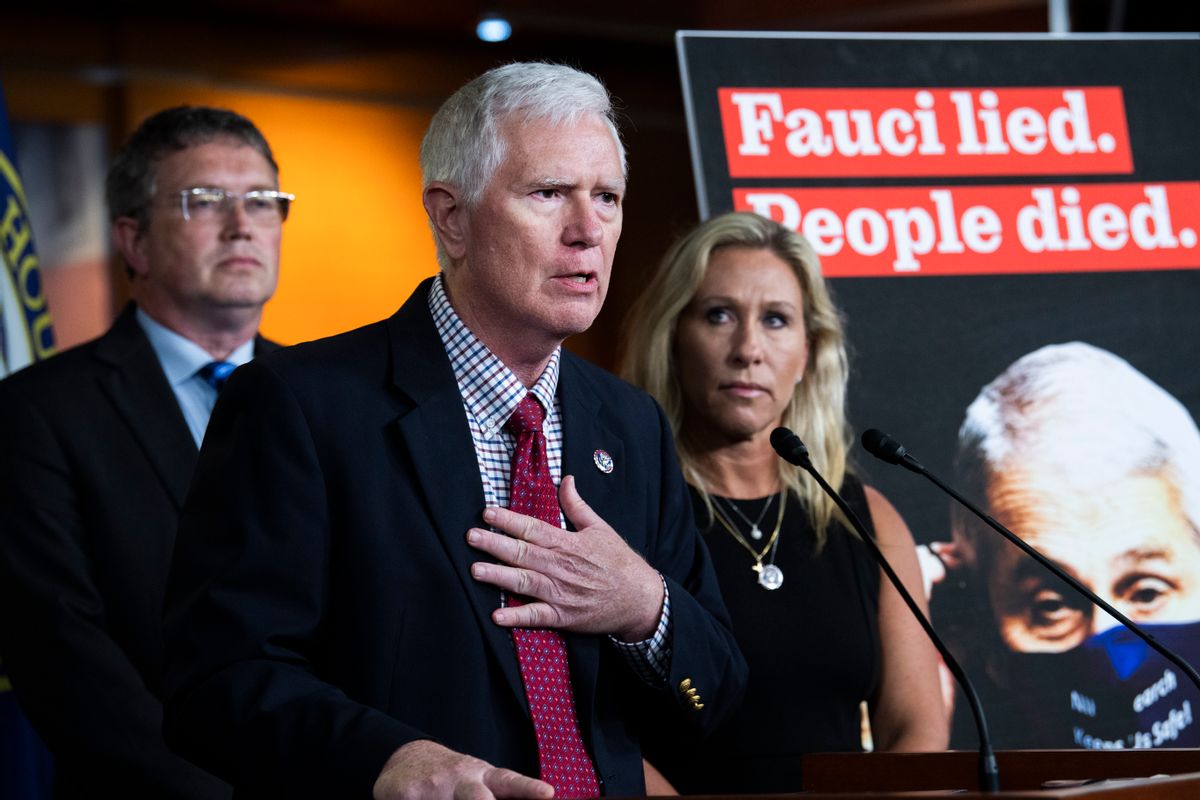 Rep. Mo Brooks, R-Al. — who is currently steeped in litigation over his alleged role in inciting the Jan. 6 Capitol riot — expressed sympathy on Thursday for a man who threatened to bomb the Library of Congress.

"Sadly, threats of violence targeting America's political institutions are far too common," Brooks said in a statement following the man's arrest. "Although this terrorist's motivation is not yet publicly known, and generally speaking, I understand citizenry anger directed at dictatorial Socialism and its threat to liberty, freedom and the very fabric of the very fabric of American society. The way to stop Socialism's march is for patriotic Americans to fight back in the 2022 and 2024 election."

On Thursday, Floyd Roy Roseberry, 49, surrendered to authorities following hours-long negotiations after he allegedly threatened to detonate a bomb in his pickup truck next to the Library of Congress.

The incident began at about 9:15 in the morning, when Roseberry pulled up next to the Library of Congress with his pickup truck, which had no license plates. When officers responded at the scene, they were told by Roseberry, who was holding what appeared to be a detonator, that he had a bomb hidden in his vehicle. Though Capitol Police Chief J. Thomas Manger has said that it was unclear at the time whether the man was actually in possession of a bomb.

Rep. Brooks' comments drew widespread scorn online, especially in light of his past rhetoric ahead of the Capitol riot.

"When it happens again," political commentator Brian Tyler Cohen responded, referencing the Jan. 6 insurrection, "people like you — and statements like this — will be why."

"Member of Congress and 1/6 Seditionist @RepMoBrooks 'understands' domestic terrorism. These are his people. Mark my words. Americans are going to get killed by these insurrectionists," echoed Fed Wellman, the executive director of Republican political action committee The Lincoln Project.

In response to the threat, police quickly evacuated several government buildings and cordoned off surrounding street intersections, according to AP News. Authorities also coordinated a five-hour-long negotiation process, urging Roseberry to stand down.

As the standoff unfolded, a live Facebook video surfaced of the 49-year-old spewing a litany of anti-government rhetoric. In the video, Roseberry described himself as a "patriot" intent on speaking with President Joe Biden, and expressed a series of grievances with the Democratic Party and the country's position on the War in Afghanistan. "I'm waiting on your phone call," he told the president.

"You can shoot me and kill me right here, and blow up two and a half city blocks and let all the patriots out in the country know," Roseberry also told the police, emphasizing that he did not intend to put anyone in harm's way.

Facebook videos posted to his profile indicated that Roseberry attended Donald Trump's "Stop the Steal" rally on Jan. 6, before the insurrection. Roseberry's wife confirmed that her husband collected guns, but did not know whether he was in possession of a bomb.