Owen Shroyer was reportedly photographed with Infowars founder Alex Jones at the U.S. Capitol on Jan. 6 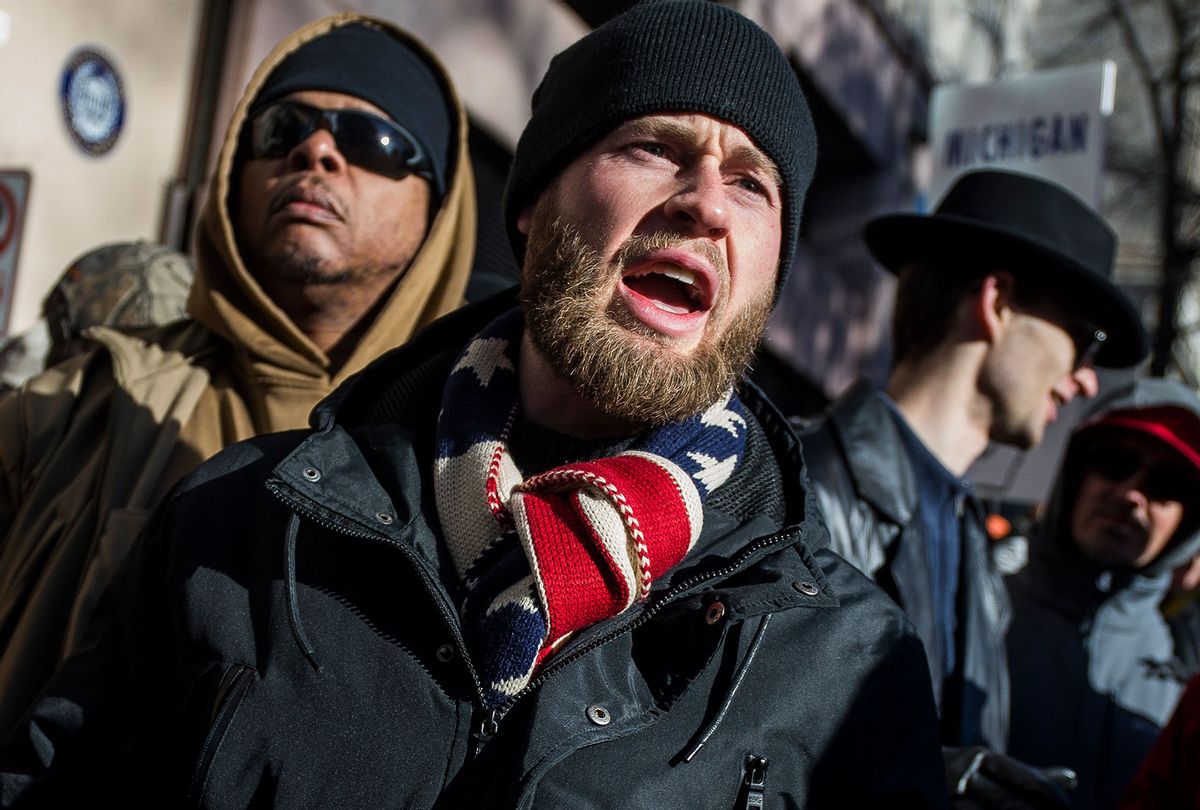 Owen Shroyer, a popular sidekick to Infowars founder Alex Jones who hosts a show on the network called "The War Room," faces two misdemeanor charges for "illegally going into a restricted area on the Capitol grounds and disorderly conduct," according to BuzzFeed News.

Shroyer said on his daily show Friday that he plans on "declaring innocence" to the charges.

"A couple [of] hours ago, I was informed by my attorney that there is a warrant out for my arrest with allegations involving Jan. 6, and I will have to turn myself in Monday morning," he stated. "There's a lot of questions, some I have answers to, some I don't. I'm not going to be getting into more of this today on the air. And I plan on declaring innocence of these charges because I am."

The Texas-based provocateur, a popular figure in far-right circles best known for conducting haphazard political stunts, was photographed with Jones at the Capitol on Jan. 6, prosecutors said. Both men had reportedly participated in pro-Trump events on both Jan. 5 and Jan. 6 leading up to the insurrection.

According to BuzzFeed, the FBI received an anonymous tip which pointed to another video of Shroyer that appeared to show him on the east side of the Capitol grounds, at the top of a set of stairs.

The Associated Press went on to note that Shroyer was filmed proudly marching across town to the riot from the scene of an earlier speech by Trump:

Authorities say video shows Shroyer marching to the Capitol from the Ellipse shortly before the building was breached, telling the crowd "today we march for the Capitol because on this historic January 6, 2021, we have to let our Congressmen and women know, and we have to let Mike Pence know, they stole the election, we know they stole it, and we aren't going to accept it!"

In December 2019, Shroyer also disrupted a House impeachment hearing and received a "deferred prosecution agreement" where he agreed to no longer participate in disruptive activities on Capitol grounds — an agreement that Shroyer's alleged Jan. 6 activities likely would likely have broken.

The InfoWars host has a long history of creating controversy: involved in the calling of right-wing radio host Sebastian Gorka a "gay whale" at the annual Conservative Political Action Conference (CPAC) before being kicked out of the gathering, or even a high-profile 2016 incident in which he got into a heated street debate with CNN's Van Jones.

But Shroyer does have defenders — Fox News host Tucker Carlson used his considerable bully pulpit Friday evening to decry his treatment. Carlson has repeatedly defended the actions of the Jan. 6 rioters, claiming they are being mistreated because of their political beliefs.

Shroyer said Friday that he would surrender to authorities by the Monday morning deadline.