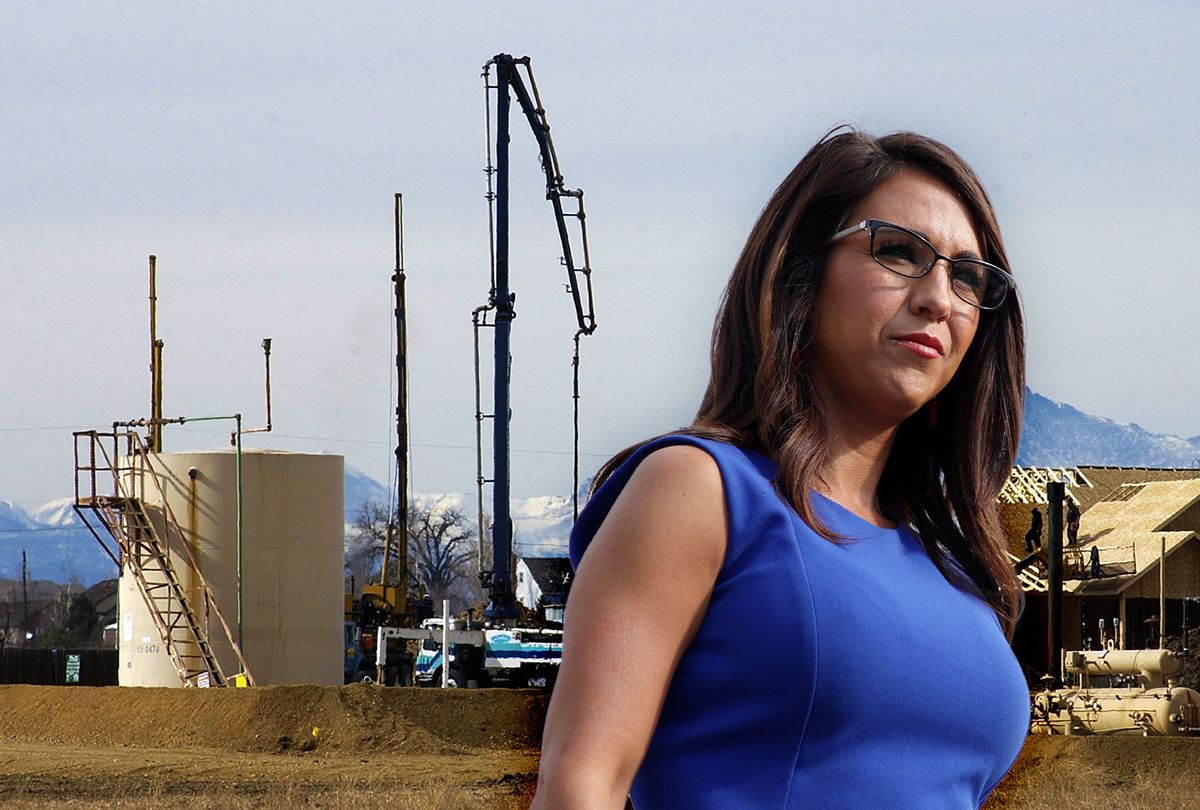 As the AP and the Washington Post recently reported, Rep. Lauren Boebert, the pro-gun Colorado Republican and Trump loyalist, failed to disclose that her husband worked for an energy consulting firm even as she pushed for looser regulations on oil and gas drilling as a member of the House Natural Resources Committee. If the intention was to conceal the source of the Boeberts' income and the obvious conflict of interest, the Post reports, the failure to disclose could be a criminal act.

Further investigation by Salon reveals just how closely tied both the congresswoman and her husband, Jayson Boebert, are to the Colorado natural gas industry, which raises the question of why Rep. Boebert was assigned to the committee with direct oversight over-regulating that business.

As Salon previously reported, Rep. Boebert's financial disclosure filing earlier this week stated that Jayson Boebert earned close to a half-million dollars working for an energy firm called Terra Energy Productions in 2020, and is on track to earn $768,000 in 2021. That company name appears to be in error: The Post reports that Boebert actually works as a contractor overseeing drilling operations for the Houston-based firm Terra Energy Partners, which operates various subsidiaries in Colorado, including TEP Rocky Mountain LLC and Terra Energy Holdings LLC. Those companies collectively own more than 5,500 natural gas wells in Colorado's Piceance Basin, which is located in Boebert's congressional district.

TEP Rocky Mountain was the largest taxpayer in Garfield County, where Boebert owns a home and a restaurant, according to the county's 2020 analysis, which is public information.

According to a June 2021 EPA report, Terra Energy Partners ranks fourth in the industry in methane emissions, above the fossil fuel giant BP, which produces more than five times as much natural gas, despite producing less than a fifth of its output. Another EPA report shows that Terra's subsidiary, TEP Rocky Mountain, was the largest onshore oil and gas greenhouse gas emitter in Colorado and the 10th largest in the country in 2018.

Tiffany Pollock, who is vice president of land at Terra Energy Partners and lives in Texas, contributed $500 to Lauren Boebert's congressional campaign in September of 2020. Pollock is listed as one of 12 key managers on Terra's website.

In one of several unexplained transactions in Boebert's career, she and her husband entered into a 2010 oil and gas lease with the Antero Resources Piceance Corporation on property they owned in Silt, Colorado. Antero sold its Piceance Basin assets in 2012, the same year the Boeberts set up a consulting firm that is listed on Lauren Boebert's financial disclosure forms as the source of her husband's income. That firm, Boebert Consulting, is listed as delinquent by the Colorado secretary of state's office, "meaning it hasn't filed the necessary reports or kept a registered agent on file," as the Post reports. Both Antero and Terra Energy are companies connected to the venture capital firm Warburg Pincus. It's not clear whether the Boeberts still hold oil and gas rights on the property in Silt, which they purchased in 2007 for $349,000 and sold in 2012 for $155,000, a significant loss.

In 2020 Boebert explained her husband's job by saying, "He started at the bottom rung in the energy industry, and he's worked his way up, and now he is Terra Energy's go-to guy for everything. He's worked his way to the top out here, and we're very fortunate that he still has work; it's never a guarantee. It's always something that we're looking for backup plans for."

Boebert didn't return a request for comment on this story. She has certainly made no effort to conceal the nature of her husband's work, despite the appearance of conflict of interest, posting this photo of herself and Jayson at a drilling job site last September.

A post shared by Lauren Boebert For Congress (@laurenboebertco)

On Monday, The Daily Beast reported that Rep. Boebert may have violated House ethics rules and filing procedures, since Terra Energy did not pay Jayson Boebert directly but rather through the now-delinquent firm Boebert Consulting, to which Lauren Boebert was legally connected. A Terra Energy spokesperson told the Daily Beast that Lauren Boebert "did not play a role in the company's business relationship with her husband."

Boebert has previously suggested that her restaurant, Shooters Grill in Rifle, Colorado, was the source of at least some of her family's income and a key part of the above-mentioned "backup plan" to ensure her family's stability. In fact, according to Boebert's financial disclosures, Shooters Grill has posted $600,000 in operating losses over the last three years, going back to well before the pandemic. Why a money-pit restaurant purchased a cargo plane in 2016, and whether the plane was used as a tax-avoidance scheme during the two years Shooters Grill owned it, remains unclear.