Boebert posted huge business losses in 2018, and her financial entanglements for the last two years are confusing 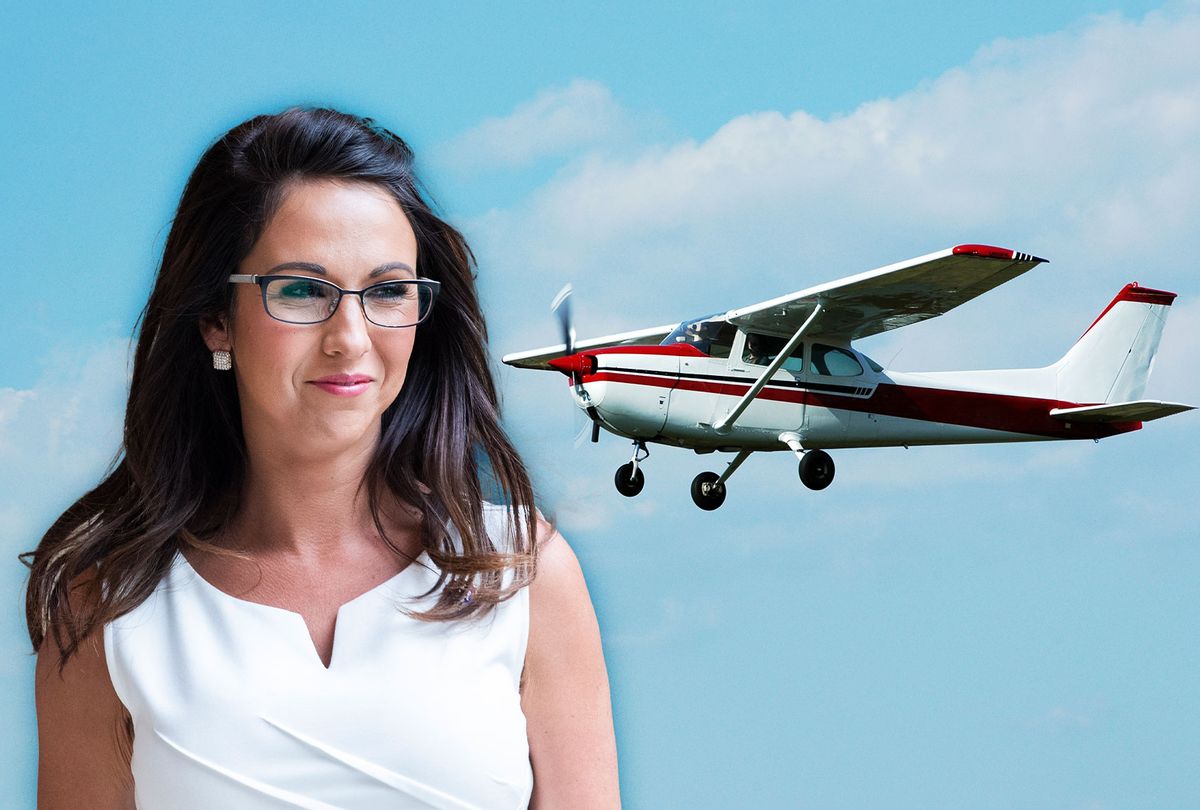 Last Friday was the deadline for members of the House of Representatives to file their 2020 financial disclosure reports to the Clerk of House. It passed without Rep. Lauren Boebert, R-Colo., the firebrand pro-gun conservative, filling on time. On Tuesday of this week, the congresswoman filed her 2020 disclosure, but a Salon investigation revealed that she has failed to file the mandated reports for previous years, including 2019.

With Boebert's financial dealings from both 2019 and 2020, for the most part, remaining unclear, one fascinating question has emerged: What happened to the plane? Specifically, to the red Aviat Husky, a two-seat light aircraft that Boebert either did or did not own at one point.

On Tuesday, Boebert filed her "new filer" disclosure form, a few days late, which detailed financial dealings for the 2020 calendar year. To begin with, the lawmaker's salary last year from Shooter's Grill, the gun-themed restaurant she owns with her husband, Jayson, in Rifle, Colorado, is listed as exactly $1. Jayson Boebert, however, brought home nearly half a million dollars working for the energy firm Terra Energy Productions in 2020 and is on track to earn $768,000 in 2021.

With Boebert earning an additional $174,000 as a member of Congress, the couple is on track to earn almost $1 million in 2021, placing them within the top 1% of earners in the United States, as well as in the upper echelon of the wealthy Colorado mountains, where they live. Tuesday's filing outlined that Boebert currently owns no stocks, bonds or income property and that her personal assets in a checking account were valued at less than $15,000 with Shooter's Grill valued between $50,000 and $100,000.

Boebert's congressional boss, House Minority Leader Kevin McCarthy earns $193,400 a year, and his wife has earned roughly $47,000 annually in a "work from home" position with the California Republican Party for the past seven years. Back-of-the-envelope math suggests the Boeberts will earn nearly four times as much as the McCarthys this year.

It's unclear why Boebert disclosed her husband's salary since she was not required to do so under House Ethics rules. In fact, doing so revealed that while Boebert has presented herself as a working-class entrepreneur who spent her childhood on welfare, she is now in one of America's highest-income brackets.

The only previous disclosure Boebert has filed with the House Ethics Committee covered the 2018 calendar year 2018 and showed that Shooters Grill, had a net operating loss of $242,347. Since then, the Boeberts' second restaurant, Smokehouse 1776, went out of business following a 2017 food poisoning incident at a local fair. Jayson Boebert's consulting company also became delinquent with the state of Colorado after failing to file a periodic report.

And then there's the plane

Boebert's 2018 filing did not include the sale that October of the single-engine Aviat Husky A-1 cargo plane (see photos here) owned by Shooter's Grill since June of 2016, when the restaurant was a limited liability entity. Both Boebert and her husband received student pilot licenses through the FAA in 2015, although neither was ever licensed to carry passengers.

It remains unclear whether the plane was used to avoid taxes by depreciating the aircraft as a business asset, and why its apparent sale was not mentioned in her disclosure filing. Boebert did not return a Salon request for comment on this story.

On Dec. 10, 2019, Boebert — then a Republican primary candidate in Colorado — crossed the threshold of $5,000 in contributions threshold and had 30 days to file a financial disclosure form with the House Ethics Committee, which she did on Jan. 9, 2020. In that disclosure, however, Boebert only addressed questions stemming from the 2018 calendar year only, leaving blank the requested information pertaining to 2019. Additionally, because Boebert became a mandatory filer in 2019, once she was elected to Congress ethics rules required her to file a second financial disclosure by May 15, 2020, covering all of 2019 and 2020 up to that date. No such form was ever filed.

Shooter's Grill did not take a PPP loan or receive a Restaurant Revitalization Fund (RRF) grant during the pandemic. Boebert, however, did pay off $20,000 in liens against the restaurant just before winning election to Congress last November. Why she didn't take advantage of pandemic relief options signed into law by former President Trump remains unclear.

On Wednesday afternoon, news broke that federal officials are questioning Boebert regarding the alleged use of "thousands of dollars in campaign funds" for personal expenses.

"A letter from the Federal Election Commission to the treasurer of Boebert's 2022 reelection campaign inquired about four Venmo payments totaling more than $6,000," CNBC reported. "FEC filings show the payments came between May and June for what's described on the forms as 'personal expense of Lauren Boebert billed to campaign account in error.' The filings then note that the 'expense has been reimbursed.'"

Why did Lauren Boebert lead a late-night Capitol tour three weeks before Jan. 6?