Why are there so many salmonella recalls?

And how did we get here? 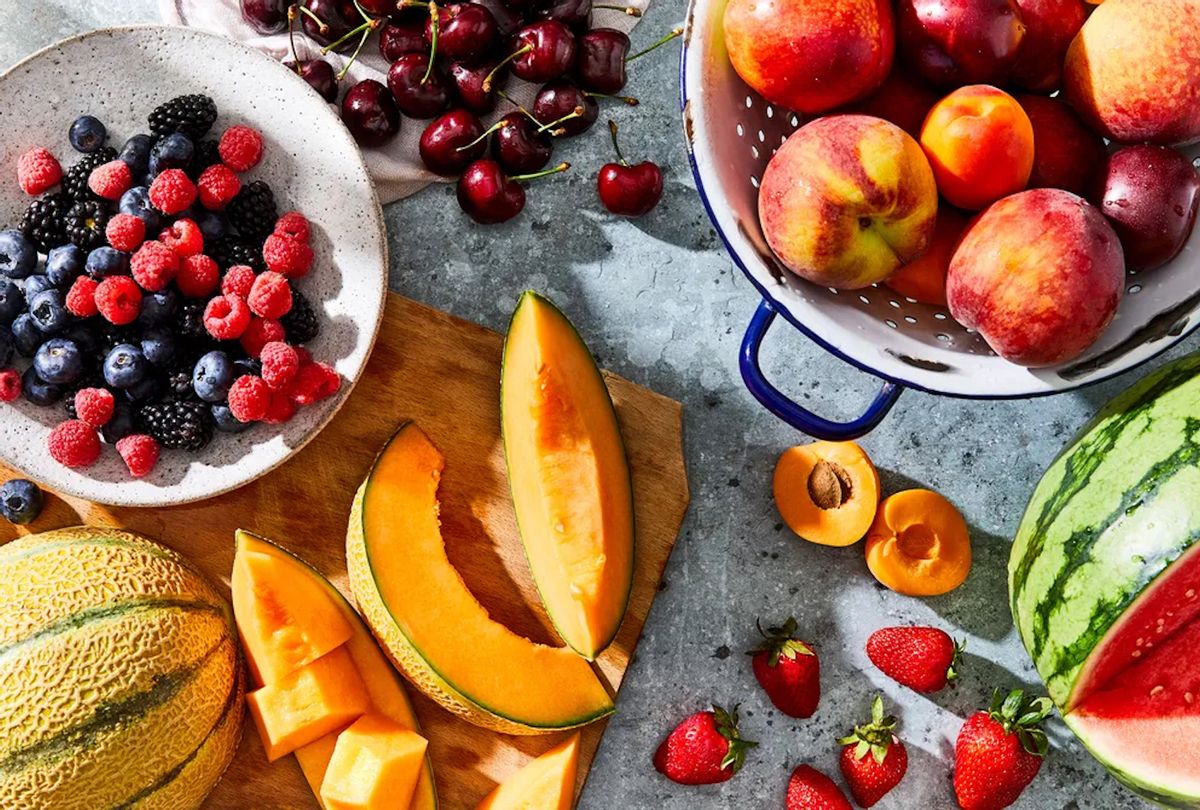 If it seems like every week you're reading about a food recall due to a salmonella outbreak, well, that's because you are. In July and August alone, there have been recalls of blueberries, raw carrots, frozen breaded chicken products, frozen cooked shrimp, dry spice blends, and packaged salad greens, all due to salmonella outbreaks. These recalls are covered widely and frequently but rarely do we hear how we've gotten to this point . . . and where we go from here. How does salmonella get into McCormick seasoning blends? Why is chicken so often the culprit? Does cooking get rid of salmonella? I spoke with several food safety experts about how we've gotten to the point of weekly recalls and what this means for the future of food production.

Salmonella is a naturally occurring bacteria commonly found in birds, such as chickens. It's similar to the gut bacteria that humans naturally have. It is not inherently dangerous to birds or humans, but it can spread easily when anyone handling food or produce does not practice proper hygiene or safe cooking practices, which leads to the severe illnesses that we so often hear about. By definition, salmonella is a group of bacteria that can cause gastrointestinal illness known as salmonellosis, according to the Food and Drug Administration (FDA). There are over 2,000 strains of salmonella that are named based on where they were discovered.

Salmonella can cause mild to severe illness and symptoms generally include a fever, vomiting, diarrhea, nausea, and a loss of appetite. Symptoms can appear between 12 to 72 hours after infection and generally last for 4 to 7 days. It can be, but is rarely, fatal and most severely affects young children, pregnant women, elderly adults, and those with a compromised immune system.

How is it different than E.Coli or listeria?

All three are forms of bacteria that can cause food-borne illnesses. However, microbiologists classify them in different ways in order to properly identify them. According to Zhou, most food-related bacteria grows better in warm to moderate temperatures and does not grow at all, or only extremely slowly, in colder temperatures. However, listeria is able to grow at cool temperatures under 40℉, such as in a refrigerator. What makes this troublesome is that processing facilities for meat and poultry are often kept at extremely cold temperatures in order to thwart the growth of salmonella or E.coli. But since listeria can thrive in cold temperatures, it's nearly impossible to eliminate the threat of foodborne pathogens altogether.

How does salmonella form?

Salmonella can form in a number of ways: poor hygiene from food and farm workers, workers who are sick, contaminated irrigation water, unsuitable fertilizer such as manure, and even through insects and wildlife that may infiltrate the fields, says Kang Zhou, a Food Safety Officer for the Food and Agriculture Organization of the United Nations (FAO). Any of these risk factors can cause salmonella to grow in raw produce like romaine lettuce, carrots, and blueberries, as well as meat and poultry.

OK, but how does it get into vegetables?

But wait, Kelly . . . I thought you said that salmonella occurs naturally in birds, but you didn't say that it naturally lives in fruits and vegetables? Yes, reader, you are right. But there are still ways for it to spread beyond poultry. "Fresh produce like carrots can be contaminated from being exposed to improperly treated fertilizers of animal origin (such as chicken litter) that can inadvertently introduce salmonella into the growing environment if good agricultural practices are not being followed," explains Natalie Dyenson, Vice President, Food Safety & Quality at Dole plc.

If it seems like there are more recalls than ever, you're right. Dr. Ashton Merck, a historian who studies public health and the poultry industry, says that food recalls can be alarming, but they can also be a sign that the system is working. Merck explains that government agencies like the USDA and FDA didn't start paying attention to salmonella, E. Coli, and listeria until the late 1980s and early 1990s. So it's not that foodborne bacteria has only just started to spread...we just only started hearing about it within the last three decades. "I'd be more concerned about a food system in which you never hear about recalls and there is an incentive to cover them up," says Merck.

Can salmonella be prevented?

The bad news is that because salmonella is a naturally occurring bacteria in birds, it's nearly impossible to eliminate completely and forever. "It's impossible to completely reduce the risk of salmonella or other foodborne illnesses to zero because it is a naturally occurring common bacteria in chickens," Merck explains. However, with safe practices at food processing facilities, salmonella can generally be prevented from spreading like wildfires. Keeping waterways clean and using quality fertilizer can help. However, it's trickier to prevent critters and wildlife from passing through fields, which can mean that salmonella may still be spread. "Salmonella has probably been a part of our food supply for a very long time and probably always will be. Those working in the industry do everything they can to ensure that salmonella doesn't get into our food. They don't want to have recalls, but it's just part of consuming meat and consuming animals on an industrial scale," says Merck.

So does cooking kill salmonella?

At home, there are a few things you can do to prevent the spread of salmonella. First, when you bring chicken or any other meat home, store it at the bottom of the refrigerator. That way if the packaging leaks, the raw poultry doesn't contaminate anything else stored in your fridge. Second, always use a separate cutting board and knife when preparing chicken or meat to prevent spreading any potentially harmful bacteria. And finally, always cook chicken to 165℉ and use a meat thermometer to ensure it's thoroughly cooked through. Cooking chicken to the proper temperature will kill off bacteria, but if there's a recall of meat (or any other item) it's still best practice to dispose of it. "Storing food at the appropriate temperature and washing your hands before starting to prepare our meals and before we sit down to eat are the easiest and, yet, most effective measures all of us can do to help keep our food safe," adds Zhou.

So yes, recalls are going to continue to happen, and there's a risk factor every time to buy a bird. (Or package of shrimp. Or pre-made spice blend. You get it.) But with a few precautions, salmonella isn't going to be a huge threat for most people.