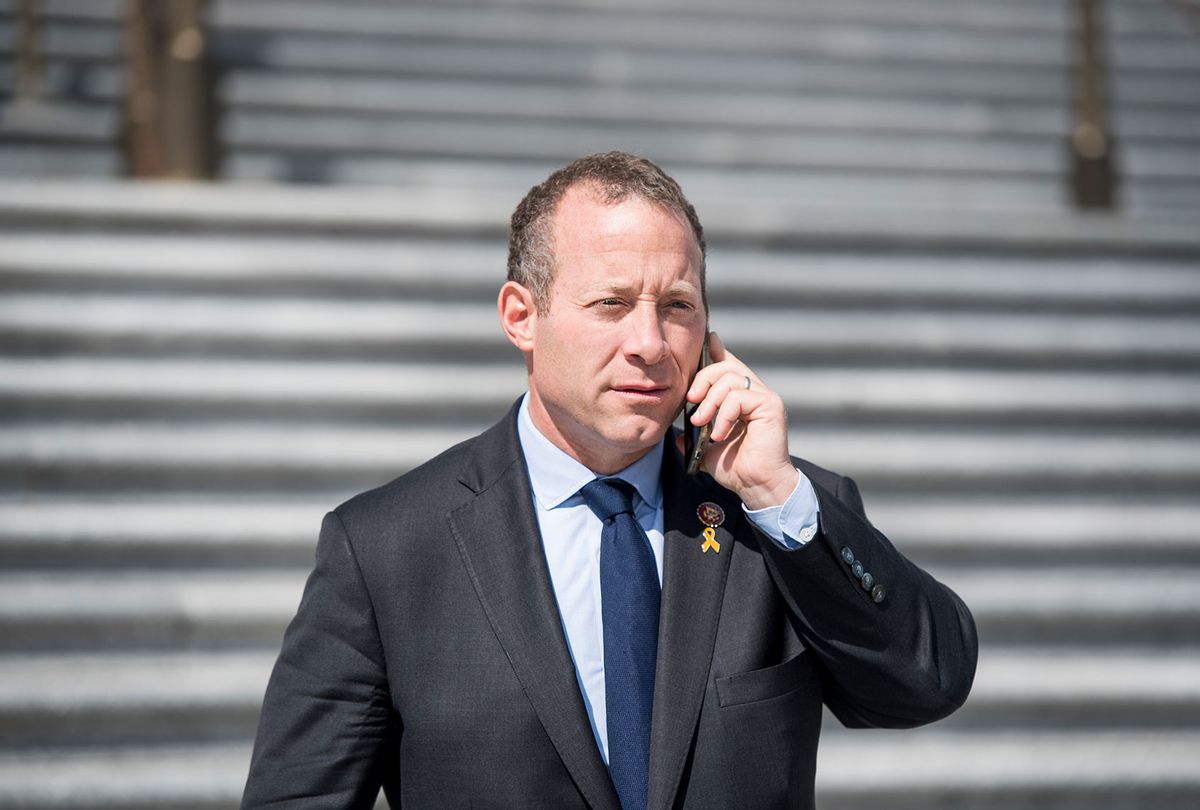 The House passed a $3.5 trillion budget framework Tuesday, but not before a group of centrist Democrats backed by big money groups tried to stall the vote in an effort to scuttle the unprecedented spending package.

Democrats can now move forward with votes on both the larger $3.5 trillion bill as well as a more focused $1.1 trillion infrastructure bill without the votes of Republicans. House Speaker Nancy Pelosi, D-Calif., was first forced to scrap a planned vote on Monday to advance the bipartisan Senate-passed $1 trillion infrastructure bill along with the Democrats' $3.5 trillion budget proposal after a group of House centrists led by Rep. Josh Gottheimer, D-N.J., stalled the plan. Nine house moderates signed a letter last week vowing to block the budget bill unless the House votes on the infrastructure bill first.

Pelosi, for her part, planned to hold a final vote on the budget bill while delaying a full vote on the infrastructure bill to appease progressives unhappy with the lack of spending and climate focus in the Senate package but the smaller moderate group demanded that the House vote on the bipartisan infrastructure package first. Pelosi met with Gottheimer on Monday and offered to pass the bipartisan bill by Oct. 1 regardless of what happens with the budget resolution, according to Politico, but some members of the group "quickly balked" at the plan, setting up a potential floor fight where Pelosi could only afford to lose three votes.

"The House can't afford to wait months or do anything to risk passing" the infrastructure legislation, Gottheimer said in a statement last week.

The group grew on Monday as Rep. Stephanie Murphy, D-Fla., who heads the centrist Blue Dog Caucus, joined the opposition."I'm bewildered by my party's misguided strategy to make passage of the popular, already-written, bipartisan infrastructure bill contingent upon passage of the contentious, yet-to-be-written, partisan reconciliation bill," she wrote in an Orlando Sentinel op-ed. "It's bad policy and, yes, bad politics."

After hours of negotiations, the two sides came to an agreement on Tuesday before the House Rules Committee held a successful budget vote. Pelosi moved up her promised passage date on the $1.1 trillion legislation by a couple of days.

"I am committing to pass the bipartisan infrastructure bill by September 27. I do so with a commitment to rally House Democratic support for its passage," Pelosi said. "We must keep the 51-vote privilege by passing the budget and work with House and Senate Democrats to reach agreement in order for the House to vote on a Build Back Better Act that will pass the Senate."

The group of centrist Democrats, who did not get their initial demand, has the backing of several deep-pocketed groups that promote big business interests. The Chamber of Commerce, one of the biggest pro-business dark money groups in D.C., is running ads praising the group for their stance.

The centrist group No Labels, which funnels big donor money to conservative Democrats and moderate Republicans, has also launched a six-figure ad campaign describing the centrist group as "real-life heroes."

The House group also has the support of conservative Sens. Joe Manchin, D-W.Va., and Kyrsten Sinema, D-Ariz., both of whom are also backed by the Chamber of Commerce. Both senators are "privately advising" the group, according to Axios.

"It would send a terrible message to the American people if this bipartisan bill is held hostage," Manchin said in a statement on Monday. "I urge my colleagues in the House to move swiftly to get this once in a generation legislation to the president's desk for his signature."

Sinema has also come out against the cost of the plan, though it's unclear what she would cut.

"Proceedings in the U.S. House will have no impact on Kyrsten's views about what is best for our country - including the fact that she will not support a budget reconciliation bill that costs $3.5 trillion," a spokesman for Sinema told Politico.

Progressive groups have countered with their own push. Justice Democrats, a PAC that helps fund Democratic primary challengers, announced a six-figure ad campaign on Monday targeting the centrist group that will also be backed by the Working Families Party, Indivisible, and the Sunrise Movement.

"These nine conservative Democrats are sabotaging Biden's agenda because it would make billionaires and corporations pay their fair share," the ads say.

House leaders are increasingly playing hardball with the rogue lawmakers.

Several House centrists told Politico that Sean Patrick Maloney, D-N.Y., the chairman of the Democratic Congressional Campaign Committee, has called members to warn that their House majority is in danger if they fail to pass the budget bill, which some of the centrist members took to mean that "their own fundraising help from the party would be at risk." The DCCC denied that it threatened resources for members.

A Republican source told the New York Post that one of the moderates has said he was facing "threats to ruin his district during the redistricting process and fire a member's relative" that works at the White House.

Pelosi on a private call last week dismissed the centrist effort as "amateur hour," according to Politico, and told Democratic leaders "there is no way we can pass those bills unless we do so in the order that we originally planned." House progressives have vowed to oppose the bipartisan deal unless the chamber votes on it at the same time as the budget bill.

"We cannot squander this majority and this Democratic White House by not passing what we need to do," Pelosi told colleagues at a private meeting on Monday, according to the outlet. "Right now, we have an opportunity to pass something so substantial for our country, so transformative we haven't seen anything like it."

Other Democrats spoke at the meeting, which each lawmaker "angrier" than the last at the moderate group, according to the report. One member was caught off-mic calling the splinter group "fucking assholes."