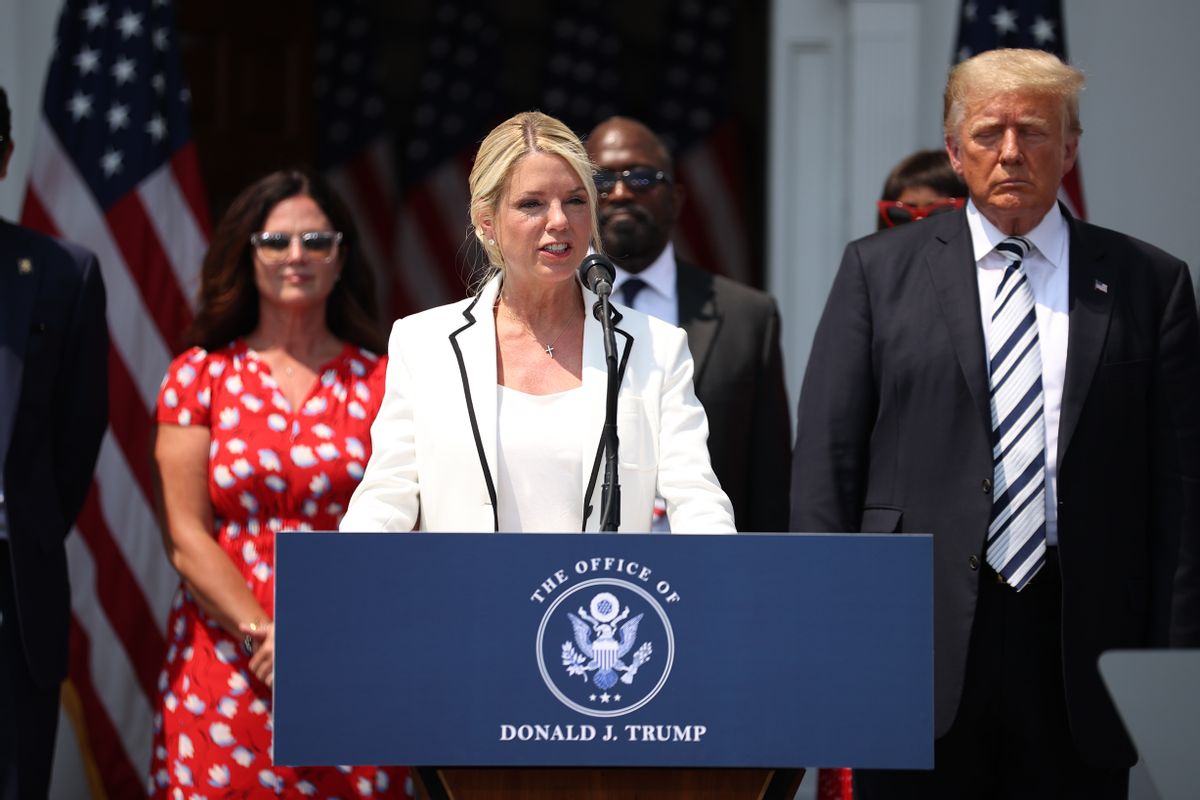 The Trump Foundation issued a $25,000 check in 2013 personally signed by the real estate mogul and reality TV star to a political action committee associated with Pam Bondi's re-election campaign, and The Daily Beast obtained new records that dispute Trump Organization denials made when the donation became an issue during the 2016 campaign.

"It kind of blows up their whole story," said Jordan Libowitz, communications director for Citizens for Responsibility and Ethics in Washington. "The Trump Organization staffers knew they were making this political donation. There are no questions about it. There is no ambiguity."

Libowitiz, whose watchdog group filed the complaint that exposed the scandal, called the evidence "a smoking gun," and the records show Trump Organization employees were explicitly told the donation was made to a political group -- which goes against claims made by chief financial officer Allen Weisselberg, campaign officials and Trump Foundation executives.

"I probably didn't know at that time that we probably shouldn't be using foundation funds for this type of thing," said Trump Organization accountant Jeff McConney during a 2017 interview with investigators from the New York attorney general's office. "We made a mistake."

But an email from Aug. 28, 2013, shows Bondi's campaign finance director Deborah Ramsey Aleksander provided the name and federal tax identification number for the "And Justice for All" PAC, which she described as an ECO, or "electioneering communications organization, to Trump's longtime executive assistant Rhona Graff.

"Again, it was a pleasure meeting you today!!! Thanks again for always being so responsive and wonderful to work with." Aleksander wrote to Graff. "Let Mr. Trump know that we are SO VERY thankful for his commitment of 25k and If he wants to make it 50k, that's perfectly acceptable. :) Seriously, thanks again for everything!!!"

Aleksander provided Graff with a copy of the PAC's W-9 form, which lists the group's "federal tax classification" as a "political organization," in a follow-up email on Sept. 11, 2013, and two days later Trump himself sent Bondi a check with a signed letter that misspelled her name and told her "you are the greatest!"

The signed check was issued from The Donald J. Trump Foundation, Inc., in likely violation of Section 501(c)(3) of U.S. tax code, which prohibits political donations by tax-exempt charities.

The Trump Foundation was eventually dissolved after the New York attorney general's office found a "shocking pattern of illegality" and the Trump Organization and Weisselberg were indicted this summer for criminal tax fraud, while Bondi, who reportedly tried to return the donation after it was revealed, never did investigate Trump University, which settled three fraud lawsuits for $25 million in November 2016.