Overworked school superintendents are hesitant to take on the role of public health officer, too 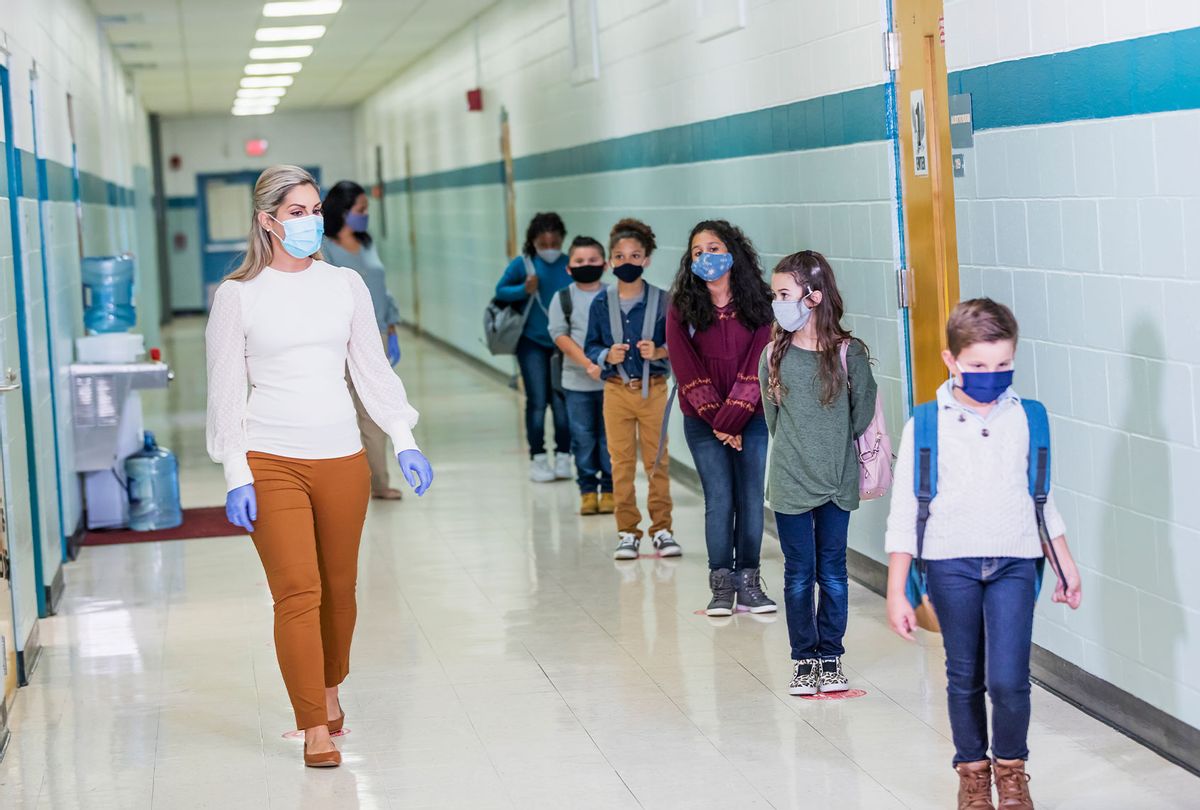 Most humans aspire to be leaders; few think deeply about the anxiety that comes with leadership. Superintendents, who lead school districts, are the public faces of their schools, which might be rewarding; yet they also provide the public with someone to blame in the event that something bad happens. Often that "bad" thing may be entirely out of their control, and yet they still must quietly suffer the public's wrath. Growing up in a home led by a school superintendent, I felt my father's burden secondhand; both he and other superintendents I've met seemed acutely aware of the tremendous responsibility they shouldered, and the risks that came with doing their jobs poorly.

As with so many other things, the COVID-19 pandemic upended the expectations that superintendents face, forcing them to deal with thorny political and medical questions unlike anything that would have been imaginable before 2020. This shift extends to other education employees, too: a recent survey by MissionSquare Research Institute found that the K-12 workforce is more likely than other state or local employees to consider switching jobs (37% to 27%), feel that the pandemic has hurt them financially (50% to 35%), experience stress (52% to 35%) or burnt out (52% to 34%).

These aren't merely numbers. In Chicago last winter, teachers prepared to strike when told that they might be forced to return to the classroom before people were vaccinated. More recently educators joined parents and staff in Knox County, Tennessee to protest for stricter COVID-19 measures in schools. All of this has occurred against a backdrop of reports about teachers growing frustrated and even quitting.

This is the environment in which educators work these days. And as administrators, superintendents are powerful, and can be held responsible for just about anything that happens within a school district. That includes students' health, a fraught topic. Indeed, because of the pandemic, questions about student safety that were once hypothetical are now literal. If superintendents make the wrong choice, people could get hurt or even die.

"The superintendent is what they call the chief executive officer," Regina Armstrong, superintendent of schools in Hempstead, New York, told Salon. "You are responsible for the day-to-day operations of your school district. That's anything from academics to finances, health and safety." Armstrong added that as a superintendent, people from all department who work underneath you will present you with ideas that you must approve or turn down. In a very real sense, the buck stops with them.

And indeed, there have been instances of outbreaks in schools for which superintendents had to answer. In Asheville, North Carolina, 22 cases of COVID-19 were reported among students and staff just four days after Asheville City Schools opened their doors. A school district near Houston announced on Monday that it was closing for a week due to a COVID-19 outbreak. Fourteen cases were reported among students and staff at a single high school in Michigan, which joined the nine new COVID-19 school outbreaks reported in that state over the past week.

"With COVID, you, as a superintendent, are the one who is making those final decisions about pretty much how you're going to bring your students back safely," Armstrong explained. This can range from the protocols about mask-wearing to other matters involving safely reopening your school.

Thus the nature of the work has changed dramatically, Armstrong and other superintendents say.

"Prior to COVID-19, my job was primarily educationally focused," Allan Cameron, superintendent of schools in Wrentham, Massachusetts, told Salon. "I was responsible for ensuring that all students learned the necessary kinds of skills and developed a set of values to be successful in life, and that they are socially and emotionally healthy."

Yet with the pandemic, Cameron's job has "taken on a new public health dimension where I have to work with people to make decisions regarding aspects of operating a school or a school district that I wasn't trained to do."

For instance, when it came to the question of wearing masks in school, Cameron's community was fiercely torn, at least until it was partially cleared up by Gov. Charlie Baker issuing a mask mandate (coincidentally on the same day that this journalist interviewed Cameron). Leaving the decision to the community stirred up intense emotions among its citizens.

"It was left as a local decision that caused a firestorm in the community, with both very vocal advocates for wearing masks or not having them worn, and went through weeks of back and forth on that," Cameron recalled. "Then just today, literally today, the state decided they were going to impose a mask mandate for students, five years old and older, which still leaves the students who are under five in question about whether they should be masked."

To cope with these new responsibilities, superintendents have to keep tabs on everything from public health guidelines to the political whims of their district's parents — and can enter tricky territory when those two things clash.

"Masks have become kind of a multifaceted entity beyond just the public health domain," Manny O. Valenzuela, superintendent of Arizona's Sahuarita Unified School District, told Salon. He described how parents in his district have been thrown into confusion by a Maricopa County court ruling which bans school mask mandates as of Sept. 29. knows this struggle well.

"It's kind of this complicated messy situation," Valenzuela explained. "My personal opinion, and we recommend it strongly, is that if masks are a tool that our public health experts say is valuable, then I bring my mask and I wear it every day, and I encourage everybody that I know. And when I communicate with our community, I always recommend that people wear their masks."

According to Valenzuela, "the biggest shift I've experienced is being at the forefront of navigating an extremely uncertain and rapidly changing landscape of reality." He described a dynamic in which he seeks solutions which abide by public health guidelines while showing respect for the community's culture and values. "That has been a significant challenge, and it's certainly taken a significant portion of my time."

How much time depends heavily on where you live. As Armstrong noted, she did not have to deal with a large anti-masking contingent in her district, but Nassau County has more than 50 school districts with their own superintendents and boards of education. This means that Armstrong's experience is very different from those of other superintendents in districts only miles from her own.

It is impossible, Armstrong argues, to separate these reactions from politics, with the superintendent comparing right-wing hostility to COVID-19 public health measures to their opposition to teaching critical race theory.

"Those same communities that are against masks are also against critical race theory, saying that there's no such thing as racial tension," Armstrong explained. "They're just trying to turn it around and make it seem as if like we're all crazy. Why should we have to do anything like this? You're trying to brainwash our children to making them think that they're doing something wrong. They love everyone, that kind of thing. And those are the same people that don't believe in wear masks."

Cameron said that he tries to approach these situations by reminding people that he is not imposing his personal ideas on students. He is doing what people who know about medicine tell him is right.

"I am not an epidemiologist," Cameron explained. "I am not a pediatrician. The people who are experts in this, this is what they recommend. Therefore, I am recommending that we follow their guidance and have universal masking."

Although my father retired in 2017 from his twenty-year career as superintendent of the Washington Borough Public School District in Warren County, New Jersey, I couldn't help but wonder how things might have been different if he had stayed on for an extra few years, and therefore had to lead during the pandemic.

"I would have followed whatever the state guidelines were," Lance Rozsa told me, adding that he doesn't think he would have had much choice. He felt that the policies established by Gov. Phil Murphy were smart and effective, and he would never want to take any chances with kids' health. Even though Murphy is a Democrat and my father is a Republican, he says he would have put partisanship aside and done what was healthy for his students.