The "blame Trump" defense doesn't seem to be working for Jan. 6 Capitol rioters

Many Jan. 6 rioters argue they got caught up in the moment, and blame Trump for riling everyone up. Judges disagree 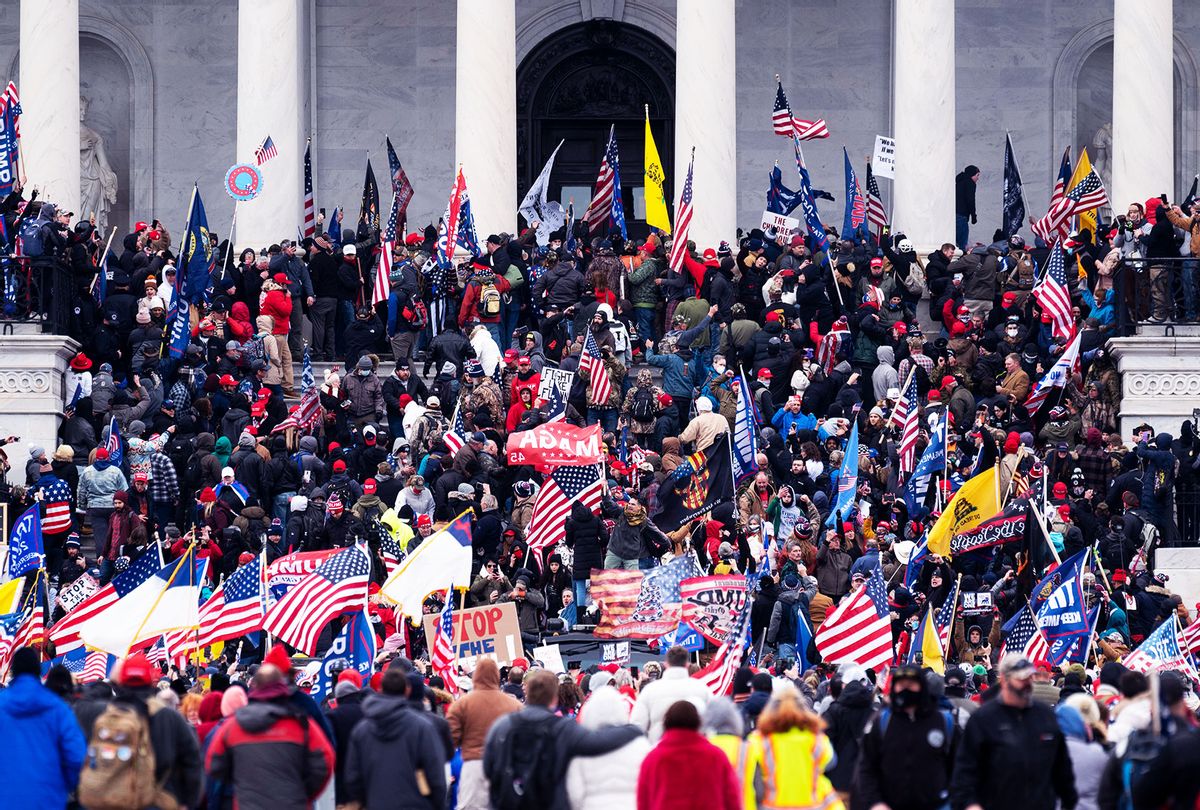 To hear his attorney tell it, accused rioter Kyle Fitzsimons was merely "caught up in the frenzy of the rally and protest" when Donald Trump incited his followers to storm the U.S. Capitol on January 6.

It is a defense that first started getting noticed in the weeks following the insurrection. But even though Trump certainly incited the riot that day, it's not clear that it is a winning argument when it comes to the exoneration of the rioters.

Fitzsimons, 37, of Lebanon ME, was bloodied by an officer's baton on the front lines of the riot, but "lowered his shoulder and charged at the line of officers" according to the FBI. The criminal complaint against him cited multiple witnesses who told agents of his "vocal right-wing beliefs," including frequent references to firearms.

"Fitzsimons has been held without bail since Feb. 4, when authorities arrested him at his Lebanon home. He was indicted on 10 charges, including rushing at a line of officers, disorderly conduct and assault on a federal officer," the Bangor Daily News reported.

"When a judge denied him bail in April, he rejected Fitzsimons' contention that a crowd pushed him from behind into a line of police at the Capitol.

"'I saw you charge at the officers, you were beat down but then got up and went back at them,' U.S. Magistrate Judge G. Michael Harvey said at the time," the Daily News reported.

In court Friday, however, Fitzsimons' public defender Natasha Taylor-Smith argued for his release pending trial "due to his "minimal" criminal history that includes a drunken driving offense and "no history of substance abuse or mental health issues." She said he is not a flight risk and poses no threat to the community," the newspaper reported.

"Mr. Fitzsimons had no prior intent to enter the Capitol building or engage in violence, but the energy of the crowd that day is well-documented, and the mood shifted from one of purported patriotism to agitation," Taylor Smith said. She added that his mother has offered to open her Titusville, Florida, home to Fitzsimons, who worked as a freelance butcher in York County and has no passport.

But the Portland Press-Herald reported this:

Federal prosecutors have a very different portrayal of Fitzsimons in their arguments to hold him in jail pending trial. Prosecutors had not yet responded Saturday to Taylor-Smith's latest request, but among the reasons they cited in earlier filings were threatening calls Fitzsimons allegedly made to the office of a member of Congress later identified as Maine's Rep. Chellie Pingree, D-District 1.

He was reported to be very aggressive, shouting and yelling," prosecutors wrote in a motion filed with the courts in March. "Fitzsimons said that he was going to 'give it to her hard' and that 'we're coming for her' (referring to the Congressperson).

Fitzsimons allegedly called back the next day to say the Electoral College vote is "corrupt and total garbage. 'He urged the Congressperson to dispute the election results in January,' prosecutors wrote. "He stated that Biden is a corrupt skeleton and that this is going to be civil war." In another call, Fitzsimons identified himself as 'Kyle Fitzsimons, the man who wants to start a war' as he demanded a number for Chinese President Xi Jinping.