A completely delicious guide to popular types of pie

What’s the difference between a galette and a crostata anyway? 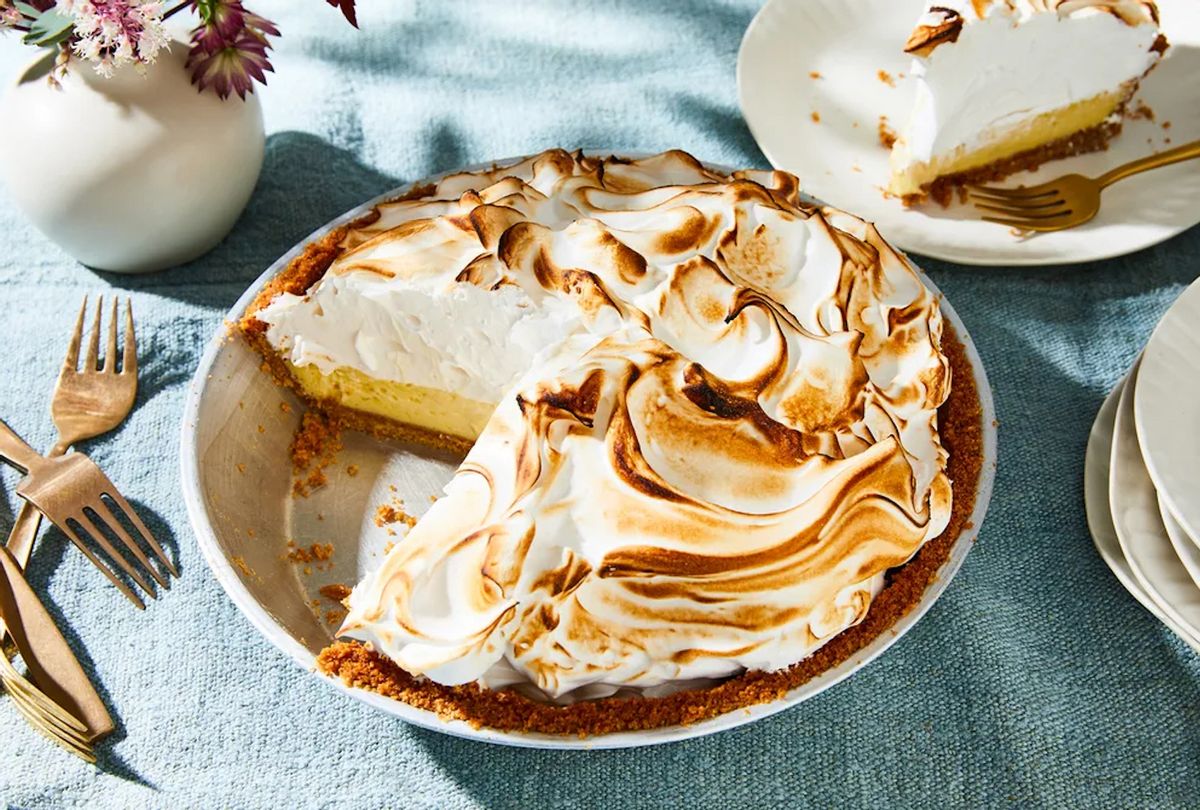 Remember that show "I Dream of Jeannie?" Insert the word "pie" in place of Jeannie and that's my M.O. Fruit pies packed with layers of thinly sliced apples sprinkled with cinnamon and dotted with butter. Cream pies filled with a luscious vanilla pudding and topped with a billowy torched meringue. Free-form rustic galettes layered with frangipane and sweet pears. There are so many different types of pies and pie fillings to fall in love with throughout the year.

Certain types of pie, like pecan pie and Key lime pie, are staples decade after decade. However, others have seen a resurgence in popularity. Most recently, home bakers couldn't get enough of desperation pies (aka depression pies). This type of pie was originally born in the 1930s during the Great Depression; the idea was that bakers could use whatever inexpensive ingredients they had on hand to bake a dessert. Recipes for desperation pies called for eggs, sugar, butter, and flour, but other variations included a vinegar pie, mock apple pie, and a water pie, all of which use the ingredients in their name to make creative imitations of fruit flavors. And if you think you're reinventing the wheel with a new filling or type of pie crust, think again. "If you think there is a pie that hasn't been made, just look through an old farm cookbook and you'll probably find it," says Emily Elsen, co-founder of Four and Twenty Blackbirds, a pie shop in Brooklyn, New York.

There are people who can't get enough of a flaky, buttery pie crust (myself included). And for those people, there's the double-crust pie. This type of pie refers to any type of sweet or savory pie that has both top and bottom crusts. A chicken pot pie topped with a single sheet of pie dough or a berry pie covered with intricate strips of dough to form a lattice topping are both examples of the always-popular double crust pie.

It's a self-explanatory term for this popular dessert that you can make 365 days/year, but a fruit pie refers to any type of pie filled with drumroll please fruit! Apple pies, berry pie, and a peach pie are all examples of fruit pie. The beauty of this type of pie is that it can be adapted based on the produce that's in season. "Pie is such a beautiful way to highlight seasonal fruit," says Elsen. In spring, there's nothing better than a generous slice of a sweet-tart rhubarb pie. Fast-forward to fall and winter, and you can prepare fruit fillings with apples, cranberries, or dried figs.

For a miniature dessert that bakes quicker than a full 9-inch pie, make hand pies. They can be filled with anything — apple cinnamon, cherry and orange, or pumpkin — for a casual, crowd-friendly treat. They're usually made with a classic pie dough, but you can also just as easily use pre-made puff pastry if you want a little less work in the kitchen without sacrificing quality or flavor.

Coconut cream pie, chocolate pudding pie, and lemon cream pie are all examples of . . . surprise, surprise . . . cream pies! What distinguishes cream pie from a custard or chiffon pie is that it contains a pudding filling made predominantly with whipped cream and egg yolks. Generally, the filling is not cooked, but rather sets up in the fridge for at least four hours until it has solidified (so that when you cut a slice, the pudding doesn't flood out into a soupy mess). Always use pasteurized eggs so that you can safely eat them raw.

Yes, a custard pie is made with egg yolks and cream, I know, I know. But the difference between a custard pie and a cream pie is the proportion of these ingredients. A custard pie will have a firmer filling and will require baking (think: pumpkin pie or sweet potato pie). The custard filling is mixed until super smooth before it's poured into a pre-baked (aka blind-baked) pie crust and finished in the oven.

This is the type of pie when you don't have a lot of energy, time, or frankly a kitchen stocked with tons of bakeware. A galette is a free-form pie that is made, not in a pie dish, but on a sheet tray. One single layer of pie dough is rolled out into a large circle and generally topped with a fruit filling, like apples or blueberries. There's usually a one to 2-inch border of pie crust that is then folded over on the filling and the whole pie is baked in the oven until bubbling.

Bonus: Because it's a shallow pie that bakes all in one go, it's a much faster baking process than a pie in a dish is.

A crostata is an Italian version of the French galette that can be sweet and savory, too. We've baked sweet crostatas filled with apricot jam or strawberry jam, as well as an umami-rich scallion and soy filling.

A tart is a type of a pie . . . but it's also entirely its own thing. Unlike a pie, which is made with a pie crust, tarts are usually made with a buttery short crust (think: shortbread). The difference is that a traditional pie crust will always experience some shrinkage as it bakes, but a short crust will maintain its form, which is essential for delicate tarts. Of course, there is the other obvious difference in which a tart is made in a tart pan and a pie is made in a pie dish.

Food52's baking resident Erin Jeanne McDowell's chiffon pie recipe calls for a lemony filling that gets its body from gelatin, whipped egg whites, and egg yolks. It's poured into a pre-baked pie crust and then swirls of raspberry purée are interspersed throughout the lemon filling.

An ice cream pie is about as simple and magical as it sounds. All you need to do is fill a pie crust or graham cracker crust with your favorite flavor(s) of ice cream (you get extra brownie points if it's homemade). This recipe from baking resident Erin Jeanne McDowell combines good-quality chocolate ice cream with a made-from-scratch caramel sauce, but feel free to use vanilla ice cream instead.

Pumpkin pie is an example of a custard pie, as its main ingredient is a cream and egg base. However, because it's baked, it's able to sit out for hours at room temperature at the holiday dinner table (you know, while everyone is fighting over white vs. dark meat, who drained the gravy bowl, and politics).

As the name implies, this citrus-based dessert is an example of a cream pie. This particular filling is made with egg yolks, sweetened condensed milk, vanilla extract, and lots and lots of lemon juice. It's poured into a cookie crumb crust (though you could certainly make a graham cracker crust) and it sets in the fridge until it's time to serve.

Pecan pies are actually an example of a sugar pie because the filling is made with a supreme amount of corn syrup, plus butter, eggs, and white or brown sugar. This particular pie recipe is made with brown sugar and dark corn syrup for an extra rich, caramelized flavor.

Two pints of fresh blueberries shine bright in this galette. The sweet, jammy filling is offset by an earthy herb pie crust that gently hugs the delicate fruit.

A two-ingredient butter crust (OK, four ingredients if you count water and salt, which we don't) serves as the base for this rich chocolate filling with a ganache-like luxury.