As the right ramps up the cruelty and dread, it's time to stay clear-headed — and fight back 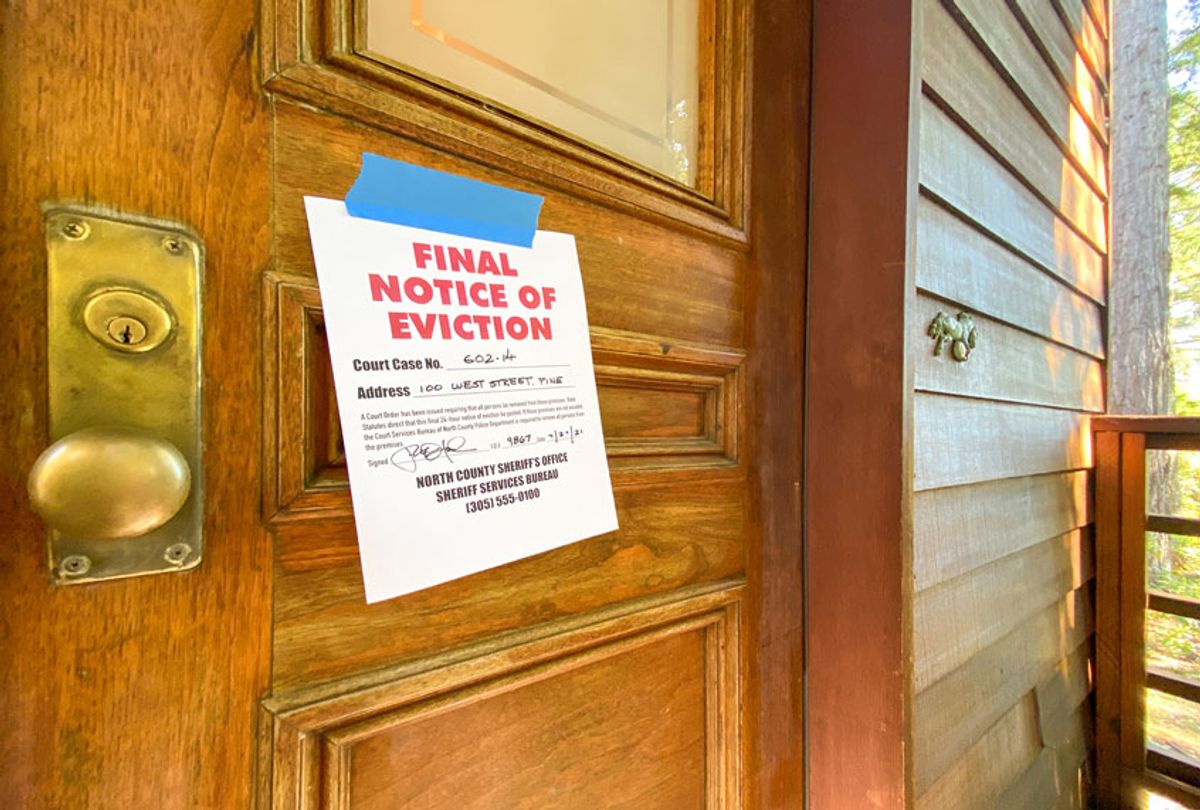 Last Thursday night, the Republican-dominated Supreme Court decided to literally throw thousands of Americans into the streets by ending the Biden administration's moratorium on evictions during the coronavirus pandemic. This is a manmade humanitarian disaster, in which millions of people could be rendered homeless during a plague and a devastated economy.

Meanwhile, a local school board in Waukesha, Wisconsin, decided it would no longer feed poor students meals for free, "citing a desire to return to pre-pandemic operations," as the Washington Post reports. One board member "said the free program made it easy for families to 'become spoiled,'" while an assistant superintendent said "there could be a 'slow addiction' to the service."

In this moment I will add my voice to the chorus: "Are there no prisons? Are there no workhouses?"

The effect of the decades-long right-wing assaults on society and the very idea of the common good is to create a state of confusion, exhaustion, trauma and learned helplessness. The problems become so large and unmanageable that resistance feels futile.

Moreover, Trumpism, like other forms of fascism, creates a type of malignant normality and state of unreality in which social and political deviance is normalized, truth no longer exists (or at least no longer matters), and many people surrender to a type of nihilism and generalized dread, concluding that "nothing really matters anymore anyway."

Writing at Polity, social theorist David Theo Goldberg cites the philosopher Kierkegaard's essay on dread, which he "attributed to the concern that one could no longer unquestioningly resort to God as fixed moral guide and predictable arbiter." Conditions today are different, as Goldberg notes:

Dread implies a malaise, at least, a deep and pervasive dis-ease, at worst. It signals a widespread social unsettlement, an unbounded and uncontainable anxiety. …

Some of the apparent prompts of dread today are easily discernible. The unsettling Trump years are credited with being the defining impetus. Brexit, not unrelatedly, would be another. One can broaden these socially engulfing events, in many ways suffocating for broad swathes of people even as they continue to animate disruptive support in other quarters. Both Trumpism and Brexit exemplified and reinforced the rapid rise of authoritarian political cultures across significant regions of the world. But the authoritarianisms that seemed to be taking hold, the unhinged statements and expressions, the unlimited and increasingly violent attacks on people and political structures are more symptomatic or expressive of dread than the driving causes, even as they have served to exacerbate the affective state. The underlying causes are deeper, structurally more pervasive and difficult to address.

Perhaps even more troubling in this time of crisis is the way time itself feels broken. In such a state, many Americans and others feel unmoored, pushed and pulled from one crisis and horrible revelation to another, with no grand narrative or satisfactory explanation offered by the country's leaders or the once-trusted voices of the mainstream news media.

In many ways, the contemporary right and its social Darwinist death-cult worldview are extensions of the 17th, 18th, 19th and early 20th centuries. Jim Crow Republicans and other racial authoritarians are eager to return America to (at least) the 1950s, an era when nonwhite people, women and other marginalized groups are erased from civic and public life, except in roles of (imagined) overt subservience to white men in particular.

The United States is now in a 21st-century Gilded Age, where plutocrats and corporations dominate politics and society as a whole, behaving like social parasites with no sense of obligation to others. These plutocrats and kleptocrats are expanding their financial dynasties while many Americans — perhaps almost a majority — exist in a state of permanent economic precarity.

In this new Gilded Age, 21st-century robber barons are blasting themselves into space, profiteering from the pandemic, avoiding most or all taxation and expanding their wealth and income at heretofore unfathomable rates.

In reality, none of this is new or a revelation. Fascists and other anti-democratic forces win by inflicting a type of functional amnesia on the public. The Supreme Court's decision to throw people out into the streets and the Waukesha County's school board's decision are a continuation of the anti-poor laws that were common in the United States and Europe for centuries. That inhumane energy is also being summoned up today in laws that ban sleeping in public, deem it illegal to sleep in one's car and force homeless and other indigent and poor people out of public spaces.

America's jails and prisons have become de facto poorhouses where many thousands of people exist in legal limbo because they cannot pay small cash bail amounts.

Charles Pierce of Esquire points out the cruelty and routine evil:

Spoiled, on one free meal a day?

Addicted, on some free mac-and-cheese?

No, don't answer that. I've heard it all before. It was the central article of faith for Reaganites, for Paul Ryan, and for every conservative skinflint back to Andrew Mellon. It's the philosophy that kept the Heritage Society alive long enough to start ratfcking the federal courts and national elections. It's what made Ebenezer Scrooge inquire about the state of the prisons and workhouses. It's what made two million Irishmen leave their home country behind between 1845 and 1849. It's a song that never dies. Cruelty always has been the point.

Ultimately, Pierce is describing an entire social, political and legal system created by the very rich and other elites to serve their own interests. Neoliberalism (which is better described as "gangster capitalism") and fascism are intertwined with one another: Together they create an irresistible wave that drowns a democracy and its citizens. For those caught in the wave, survival is all that matters. Other possibilities are erased.

But there are in fact alternatives — if the American people are brave enough to reach for them.

In his 1944 State of the Union address, Franklin D. Roosevelt outlined what would become known as the Second Bill of Rights. It included:

The right to a useful and remunerative job in the industries or shops or farms or mines of the nation;

The right to earn enough to provide adequate food and clothing and recreation;

The right of every farmer to raise and sell his products at a return which will give him and his family a decent living;

The right of every businessman, large and small, to trade in an atmosphere of freedom from unfair competition and domination by monopolies at home or abroad;

The right of every family to a decent home;

The right to adequate medical care and the opportunity to achieve and enjoy good health;

The right to adequate protection from the economic fears of old age, sickness, accident, and unemployment;

The right to a good education.

Today, while most of the developed world has all of these as rights guaranteed by their governments, America still denies them to the majority of our citizens. You and I don't have these things because America's oligarchs have decided that it's not in their interest for us to have them.

Better alternatives are possible if the American people are willing to make sacrifices and do the hard and dangerous work to force such a world into being. In fact, public opinion polls show that these proposals and similar social-democratic reforms are increasingly popular among the American people – especially young people. Hartmann continues:

The COVID-19 crisis and the 2020 George Floyd murder, with the anti-racism uprising that followed, have laid bare the brutality of conservative economic and social policies, letting us all see how the oligarchs in this country really feel about the rest of us.

To seriously begin the process of taking away their nearly absolute power, we need a newly empowered middle class that enjoys the safety and stability that come from government meeting these basic human needs.

Hope can be a futile, pitiful, self-defeating and dangerous thing – if it is not accompanied by action. And action will be required to defeat Trumpism, the Republican Party and the neofascist movement.

Unfortunately, Joe Biden and the Democratic Party are still not acting with the necessary urgency of now.

When leaders fail, it is up to the people to show them the way. Too many Americans still want other people to do the hard work at this moment of profound existential crisis. That will not work. If the question is who can save democracy, the answer is looking back at them in the mirror.