A criminal defense lawyer is obsessed with this summertime staple 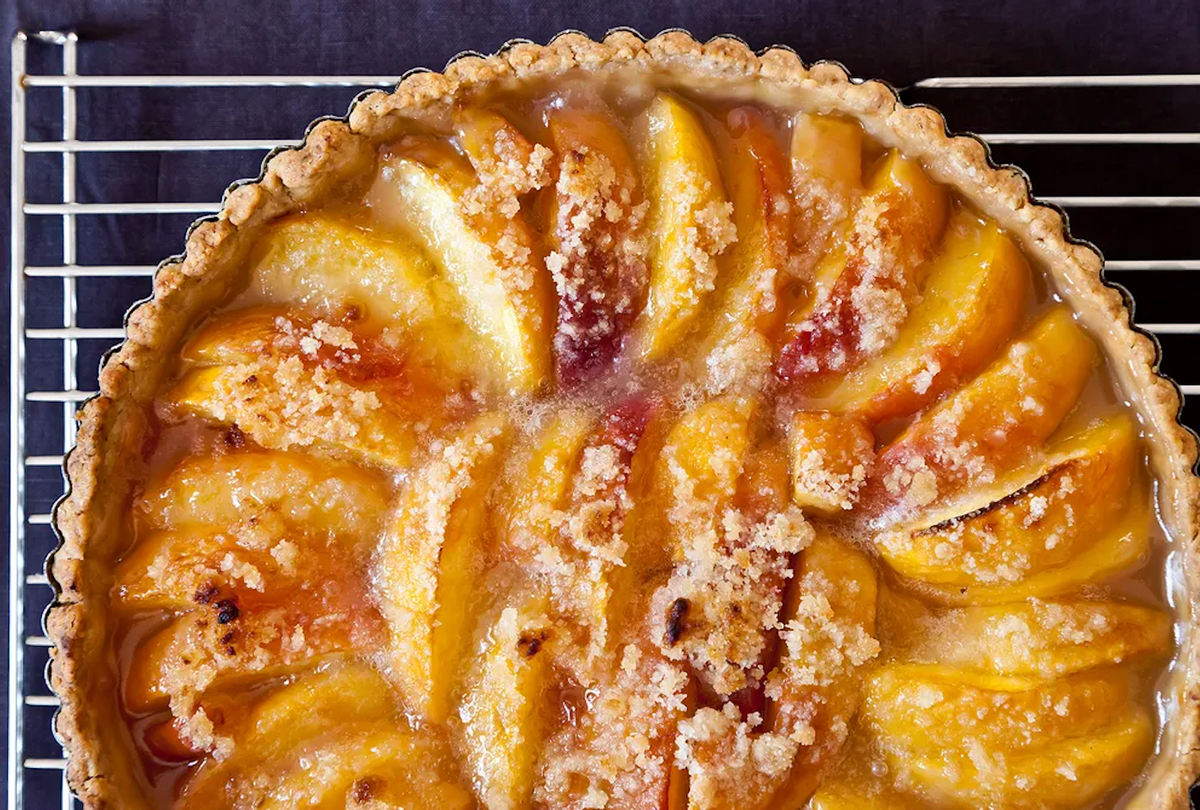 It won the award of "Your Best Peach Pie or Tart" in the classic A&M (aka Amanda and Merrill) Smackdown. It has over a four-star rating from more than 600 reviewers. It's prime for peach season and has been baked by home cooks time and time again. There's a lot of love for Amanda Hessert's Peach Tart recipe . . . but there's some hate, too.

As a criminal defense lawyer, Rob Herrington's natural instinct is to defend things he believes are worthy of a second chance. But this time, we're not talking about his clients. We're talking about Food52's co-founder's peach tart recipe. After baking Amanda's Peach Tart and falling in love with the crust, Herrington, who lives in Dallas, Texas, did something he rarely does on recipe posts — he left a review. "I commented that the recipe was great and all of a sudden, I started getting emails that people were commenting 'this was the worst recipe in the history of the universe.' If it was something really complicated like pheasant under glass or bouillabaisse, I could understand if you messed up, but the recipe was really quite straightforward."

After he read a series of negative reviews mixed into the comments, Herrington came to Amanda's defense, pro-bono of course, correcting commenters who misread the recipe or incorrectly measured ingredients such as oil or milk. But he also offered a helping hand, too. After one baker commented that the tart browned too quickly, Herrington responded, recommending that "[y]ou have to lay or tent some foil lightly across the top. It will still brown, and won't burn. Also watch the time." It seemed as if every time someone had a bad experience with Amanda's Peach Tart, Herrington was by her side. Recipe comment sections, like all comment sections, can be fraught places, but Rob's love for this peach tart, and his quest to help other people make it and love it too, caught Food52 editors' eyes. What drew Herrington to this particular recipe? And what was it that made him fall in love with it?

Earlier this year, Herrington had picked up some nectarines from the grocery store and had a craving for a peach tart. He came across Amanda's recipe and immediately knew it was what he was looking for. "Peaches, sugar, milk, and butter . . . what can go wrong? I saw this peach tart and I said, 'Lord have mercy.' I thought if I could even come close to how it looked in the photograph, 'I'm going to be happy.'"

This tart recipe was also appealing to him because he grew up watching his mother cook from The Betty Crocker Cookbook in the 1950s. "Betty Crocker's crust is a lot like Amanda's crust because it's oil-based with a little bit of milk," he told me. "As soon as I looked at Amanda's recipe, I was comfortable with it. The proportions were a little different than what I was used to, but when I saw it, I knew it had to be good and would work."

Herrington cut back on the sugar — "I am addicted to sugar but I'm 68 and my wife doesn't like that much sugar, so I cut the sugar by maybe 25 percent the first time." He was also nervous about the butter-sugar crumble on top, since he didn't distribute the mixture evenly across the peaches. But miraculously, the recipe still worked. "This tart really takes care of itself in the oven."

Herrington acknowledges that all home bakers mess up from time to time, whether it be forgetting to add sugar or adding too much leavener. But he believes there is no room for hate for something so sweet.