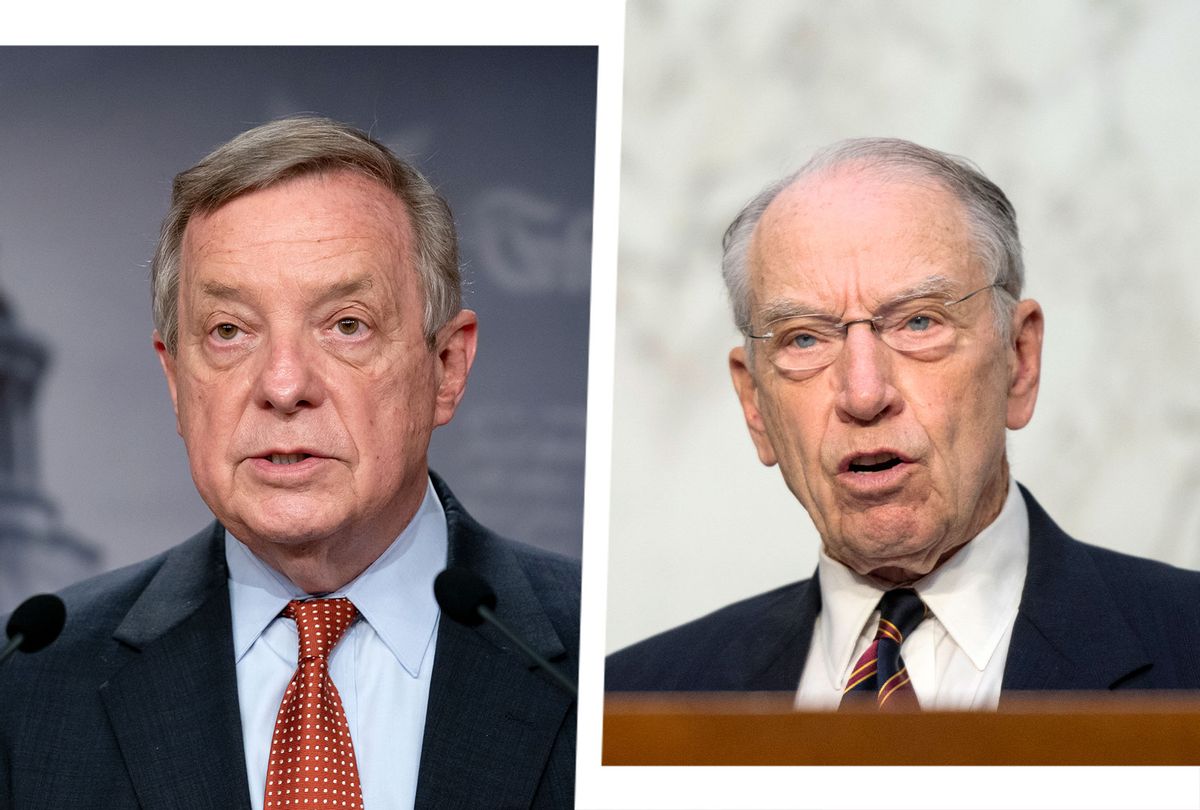 Senate Judiciary Committee Chairman Dick Durbin, D-Ill., announced on Friday that his panel will review Supreme Court's recent ruling in favor of Texas' abortion ban, suggesting that the court's "shadow docket" maneuver may have been "abused."

"The Supreme Court must operate with the highest regard for judicial integrity in order to earn the public's trust," Durbin said in a statement. "This anti-choice law is a devastating blow to Americans' constitutional rights — and the Court allowed it to see the light of day without public deliberation or transparency."

"At a time when public confidence in government institutions has greatly eroded, we must examine not just the constitutional impact of allowing the Texas law to take effect, but also the conservative court's abuse of the shadow docket," he added.

On Wednesday, the Supreme Court failed to rule on the constitutionality of a Texas law prohibiting the practice of abortions six weeks or later into pregnancy, effectively putting an end to the watershed 1973 decision of Roe v. Wade – which established a constitutional right to abortions with limited federal oversight. Because an estimated 85-90% of women in the U.S. obtain abortions after six weeks into gestation, which is typically only two weeks after a missed period, the law just about spells the end of abortion in the Lone Star State.

Apart from its constitutional haziness, the court handed its decision down through a shadowy judicial maneuver known as a "shadow docket," a process that skirts around oral arguments and is thus reserved for highly-time sensitive rulings. Throughout the Trump administration, however, the so-called shadow docket was increasingly leveraged to issue a number of right-wing rulings on issues like the Centers for Disease Control's eviction moratorium and the White House's "remain in Mexico" immigration policy, Salon's Igor Derysh has reported.

All three liberal justices on the bench – including Associate Justices Stephen G. Breyer, Sonia Sotomayor, and Elena Kagan – have repeatedly dissented from the court's willingness to use the shadow docket in lieu of traditional judicial proceedings.

"Today's ruling illustrates just how far the Court's 'shadow-docket' decisions may depart from the usual principles of appellate process," Kagan wrote in a dissent on the court's abortion ruling. "The majority has acted without any guidance from the Court of Appeals—which is right now considering the same issues. It has reviewed only the most cursory party submissions, and then only hastily."

Congressional Democrats have broadly railed against the court's ruling, with House Speaker Nancy Pelosi, D-Calif., already gearing up to introduce a measure that would enshrine abortion rights in federal law. Attorney General Merrick Garland said that Justice Department was "evaluating all options to protect the constitutional rights of women, including access to an abortion," according to CNN. Though it remains dubious that Democrats currently retain enough seats over the House and Senate to fight against the court's ruling.