McCarthy falsely suggested that Trump had already been cleared of any responsibility for the Jan. 6 insurrection 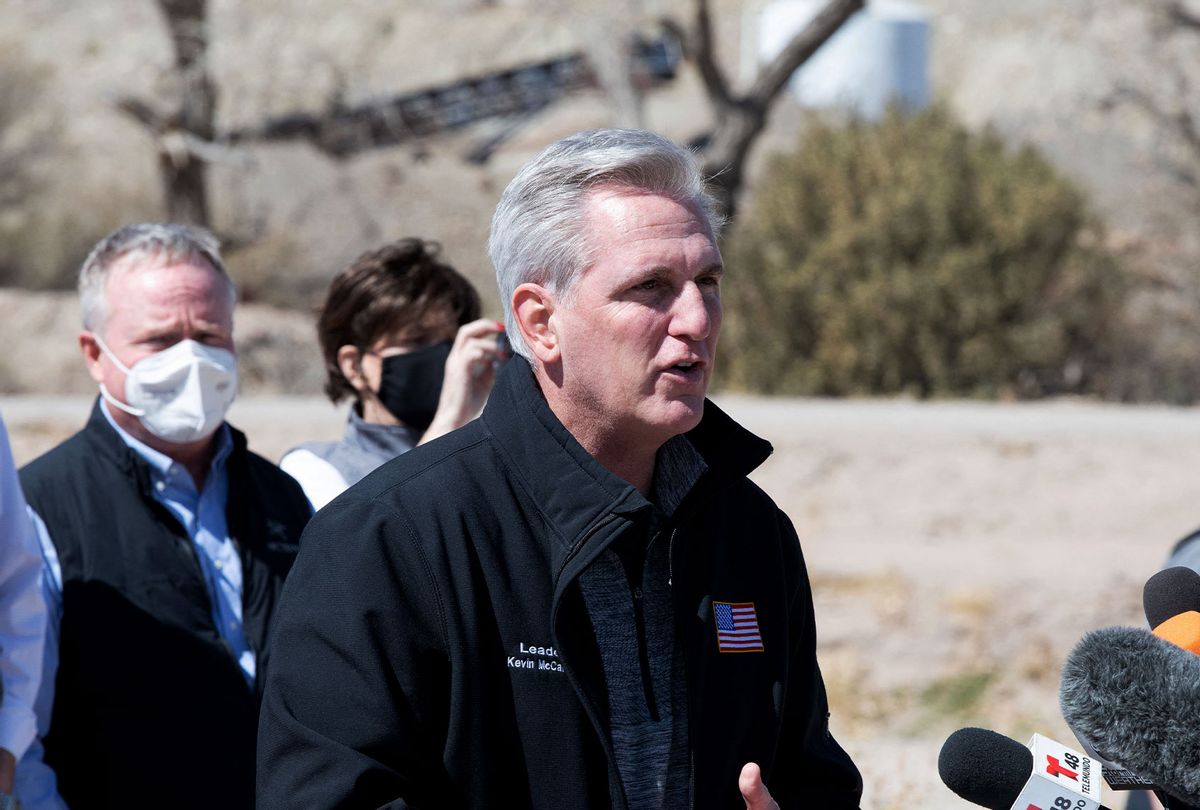 House Minority Leader Kevin McCarthy, R-Cali., drew a sharp rebuke from leaders of a House committee investigating the Jan. 6 insurrection after falsely suggesting that former President Donald Trump has already been cleared of any responsibility for the events of that day by Department of Justice and FBI investigators.

"(McCarthy) has suggested, based on an anonymous report, that the Department of Justice has concluded that Donald Trump did not cause, incite, or provoke the violence on January 6th," the statement from Committee Chairman Rep. Bennie Thompson and Vice Chair Rep. Liz Cheney, R-Wy., reads, according to CNN. "When this anonymous report was first published, the Select Committee queried the Executive Branch agencies and congressional committees involved in the investigation. We've received answers and briefings from the relevant entities, and it's been made clear to us that reports of such a conclusion are baseless."

McCarthy made the comments during an interview with the local California TV station KGET earlier this week, accusing Rep. Nancy Pelosi and other members of the committee of playing politics with their investigation — though McCarthy vehemently opposed efforts to establish a bipartisan committee to probe the Capitol riot.

"The FBI has investigated this. The Senate had bipartisan committees come back. And you know what they've found -- that there's no involvement. But this is purely political in how Nancy Pelosi has handled this."

McCarthy appears to be referencing a single Reuters report in which four anonymous FBI sources said the agency had found "scant evidence" that the Jan. 6 Capitol attack was coordinated — though the report notably did not clear Donald Trump of responsibility for the attack.

The House minority leader has flip-flopped on Trump's culpability in public statements since Jan. 6, saying in the wake of the insurrection that "the President bears responsibility for Wednesday's attack on Congress by mob rioters."

"He should have immediately denounced the mob when he saw what was unfolding. These facts require immediate action by President Trump," McCarthy added.