The two brothers, Frank and Lorenzo Fertitta, allegedly undercut organizing efforts at a casino they own 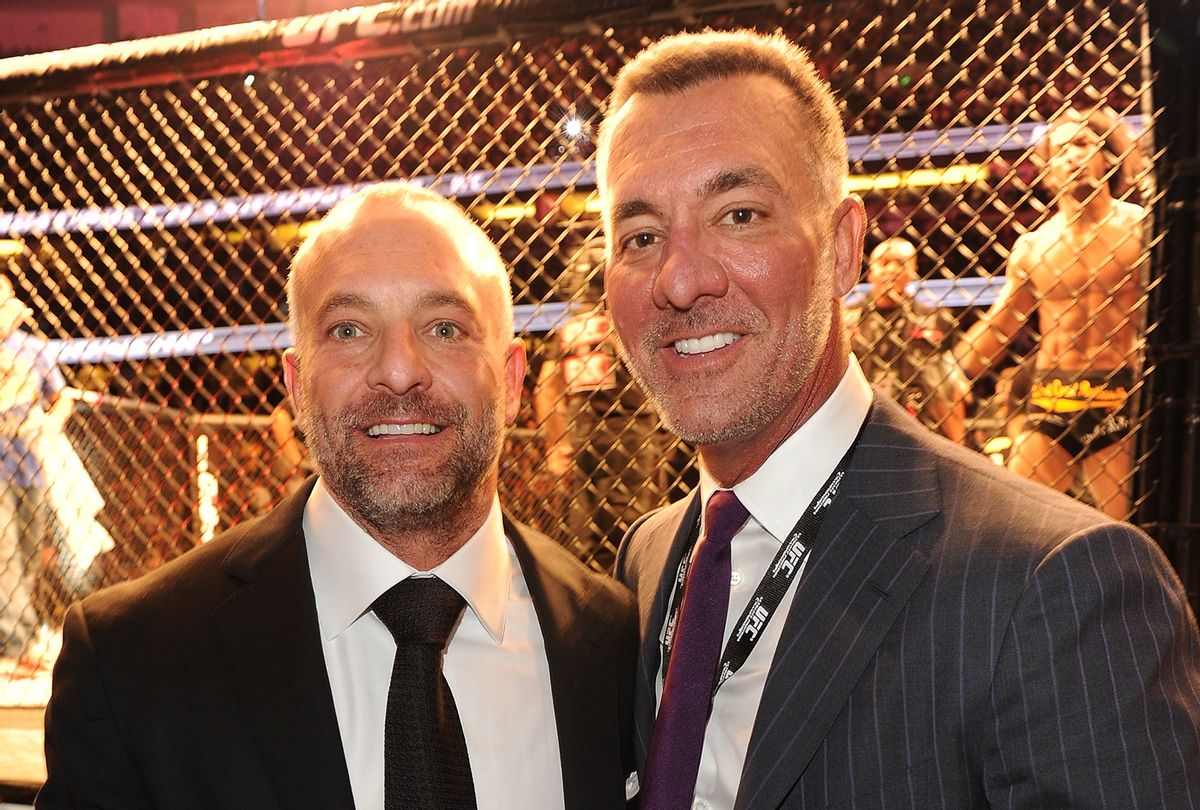 According to a report from the Daily Beast, two billionaire brothers who made the bulk of their fortune selling off the Ultimate Fighting Championship, are being compelled to appear a National Labor Relations Board judge over accusations of union-busting at a casino they own.

"Brothers Frank and Lorenzo Fertitta have been ordered to testify about allegations that their gaming business, Station Casinos, egregiously tried to undercut labor organizing efforts," the Beasts' Noah Kirsch reported, adding, "The Fertittas are best known for Ultimate Fighting Championship—the mixed martial arts promoter they sold for more than $4 billion in 2016—and for donating millions of dollars to Donald Trump and his dark-money machine, America First Action."

According to the report, in July a federal judge ordered the Station to start negotiations "with roughly 1,350 culinary workers over a contested 2019 union vote at Red Rock Resort," but instead the organization offered employees new benefits, that included smaller health-care contributions on the employees' part and a changed 401k. That, in turn, reportedly, led to a defeat by labor organizers to form a union.

In her opinion, Judge Gloria Navarro wrote, "Red Rock's offer of benefits was a hallmark violation," adding, "Many employees admitted not voting for the Union because they feared losing the new health care and 401(k) benefits that Red Rock had just promised."

According to one employee, Adam Christian, he feels his fellow workers were bullied into voting no on the union.

"They decided to throw the kitchen sink at everybody and not even give detailed information to us to be able to even make an informed vote," Christian recalled. "I just want to be treated fairly by a company and have something in writing."

According to labor expert Bill Werner, of the University of Nevada, Las Vegas, the judge calling on the bothers to testify is an unusual move.

"It's extraordinary that you would bring in the very, very top person in the company [to testify]," Werner explained. "What the union is saying: the Fertittas made this decision."

You can read more here and watch an interview with Lorenzo Fertitta describing taking over the casino with his brother below: