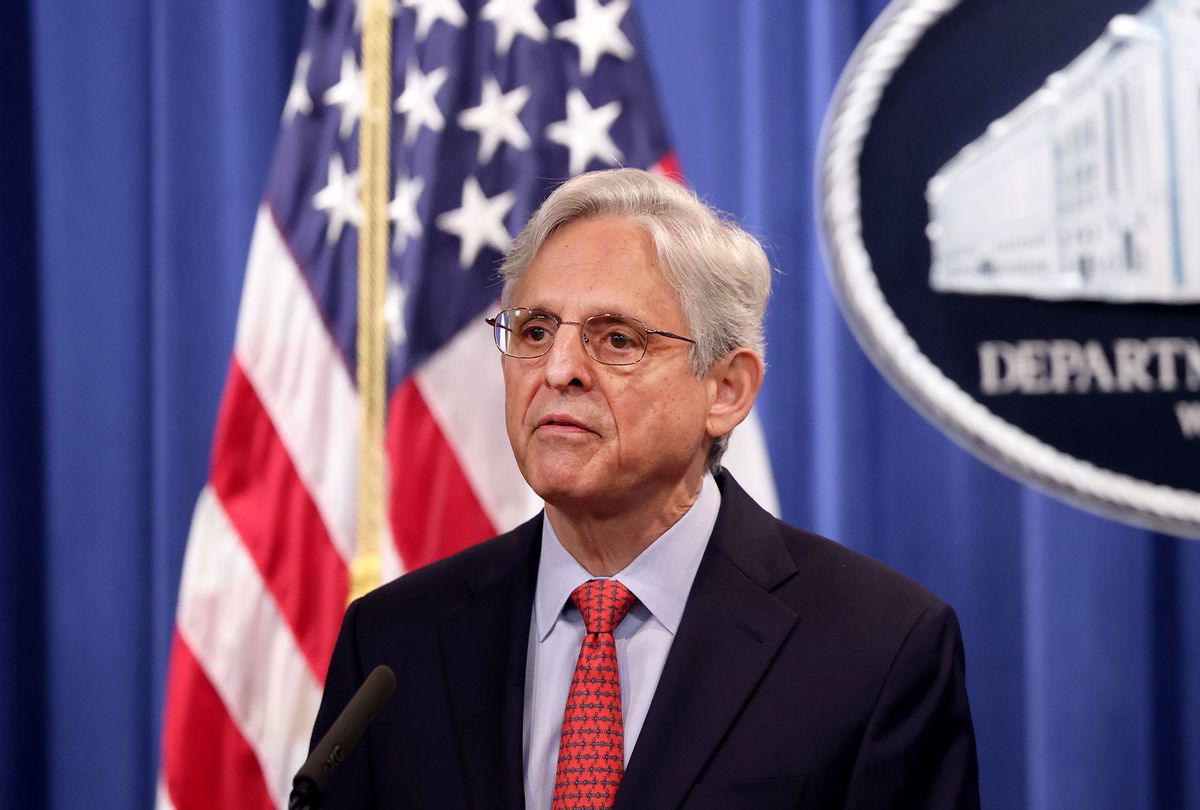 The Department of Justice filed a lawsuit against the state of Texas Thursday over its ban on abortion past six weeks into pregnancy, calling the Republican-backed measure "clearly unconstitutional."

"This kind of scheme to nullify the Constitution of the United States is one that all Americans, whatever their politics or party, should fear," Attorney General Merrick Garland said. "If it prevails, it may become a model for action in other areas, by other states and with respect to other constitutional rights and judicial precedents."

"Nor need one think long or hard to realize the damage that would be done to our society if states were allowed to implement laws that empower any private individual to infringe on another's constitutionally protected rights in this way," he added.

The department's 30-page complaint, filed in federal court in Austin, echoes Garland's concerns, arguing that the federal government has the "authority and responsibility" to protect its citizens from constitutional infringements posed by legislation like Texas' new bill.

Last week, in a 5-4 ruling, the Supreme Court found that a conditional ban on abortion was constitutional via "shadow docket" – a shady legal manuever that allowed the court to avoid traditional legal proceedings. The ban prohibits anyone from providing or receiving an abortion more than six weeks into gestation, a period during which it's estimated that 85-90% of people find out that they're pregnant. The law also effectively deputizes private citizens, allowing them to sue offenders for up to at least $10,000 — all while making no exceptions for rape or incest.

All three liberal justices dissented from the court's majority opinion, with Justice Elena Kegan writing: "Because of this Court's ruling, Texas law prohibits abortions for the vast majority of women who seek them — in clear, and indeed undisputed, conflict with" past court decisions.

This week, Abbot stood by the law, saying that the state would "eliminate rape so that no woman, no person, will be a victim of rape."

In response to the agency's Thursday suit, the governor's press secretary, Renae Eze, told The Hill in an emailed statement that "the most precious freedom is life itself."

"Texas passed a law that ensures that the life of every child with a heartbeat will be spared from the ravages of abortion," she added. "Unfortunately, President Biden and his Administration are more interested in changing the national narrative from their disastrous Afghanistan evacuation and reckless open border policies instead of protecting the innocent unborn. We are confident that the courts will uphold and protect that right to life."

So far, Texas abortion clinics have by and large adhered to the new law, mass-canceling abortion appointments and discontinuing their abortion services altogether.