Boebert calls for Biden to be removed from office: "We are sons and daughters of revolutionaries"

"Are we going to declare that God removes these unrighteous politicians?" Rep. Lauren Boebert asks 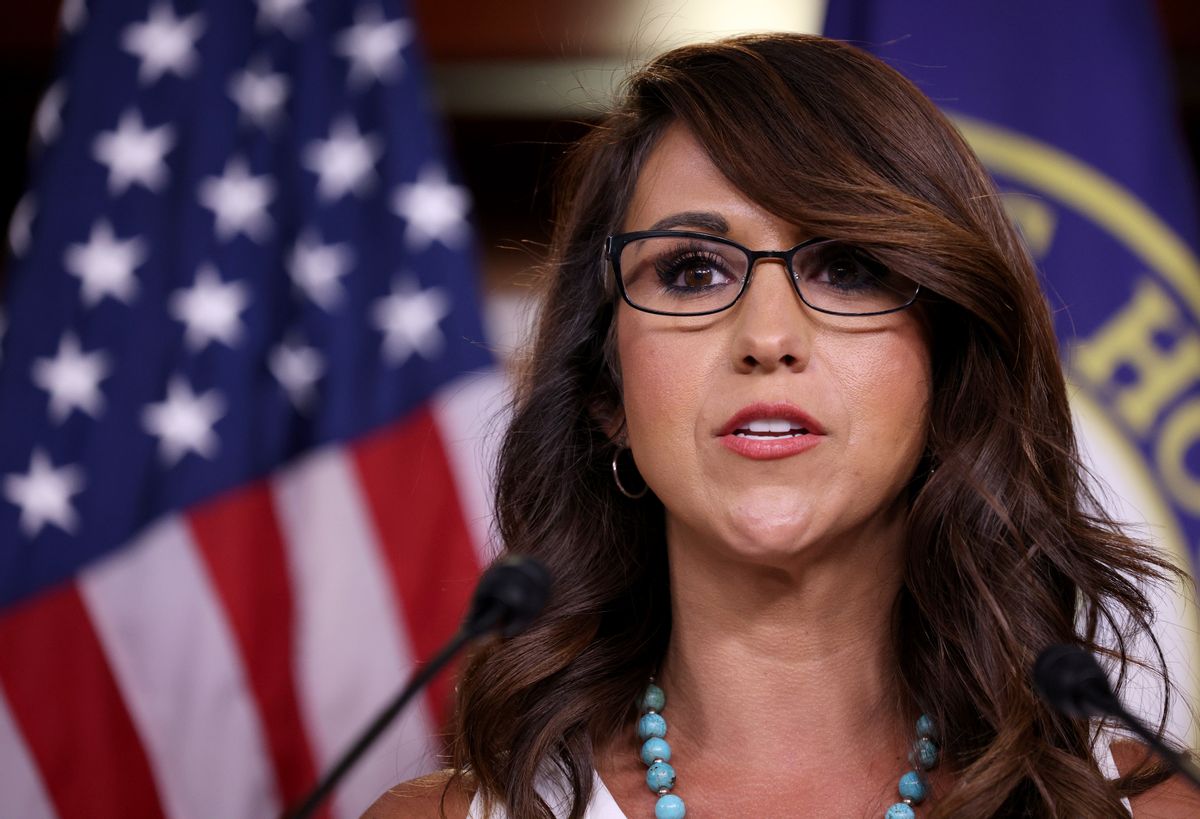 Rep. Lauren Boebert, R-Colo., called for the immediate removal of President Joe Biden and replacing him with "righteous men and women of God."

The Colorado Republican spoke Saturday at a conference hosted by the right-wing Truth & Liberty Coalition at Charis Bible College, where she called for the impeachment of Biden and Vice President Kamala Harris as part of a conservative Christian revolution against democratically elected leaders, reported Right Wing Watch.

"When we see Biden address the nation and the world and show more contempt and aggravation and aggression towards unvaccinated Americans than he does terrorists, we have a problem," Boebert said, "and that's why I have articles of impeachment to impeach Joe Biden, Kamala Harris."

"We cannot take another 18 months. We cannot take another three years of this poor, failed leadership," she continued. "We are sons and daughters of revolutionaries. They went to battle for a lot less. They took a stand for a lot less, and it's time we get involved. I need you involved in every local level. I need you speaking up. I need the world to hear your voice. You know the word of God, and you know that there is power in your words — that the world was framed by words. You have the Lord God Almighty on your side. I need you to use your voice and speak."

The first-year lawmaker told attendees the Bible had given them permission to impose their views on their political rivals.

Boebert then explained that the church should have authority over the government.

"It's time the church speaks up," she said. "The church has relinquished too much authority to government. We should not be taking orders from the government; the government needs to be looking at the church and saying, 'How do we do this effectively?'"