Mike Lindell seems confused about the date, suggests the government tried to kill him 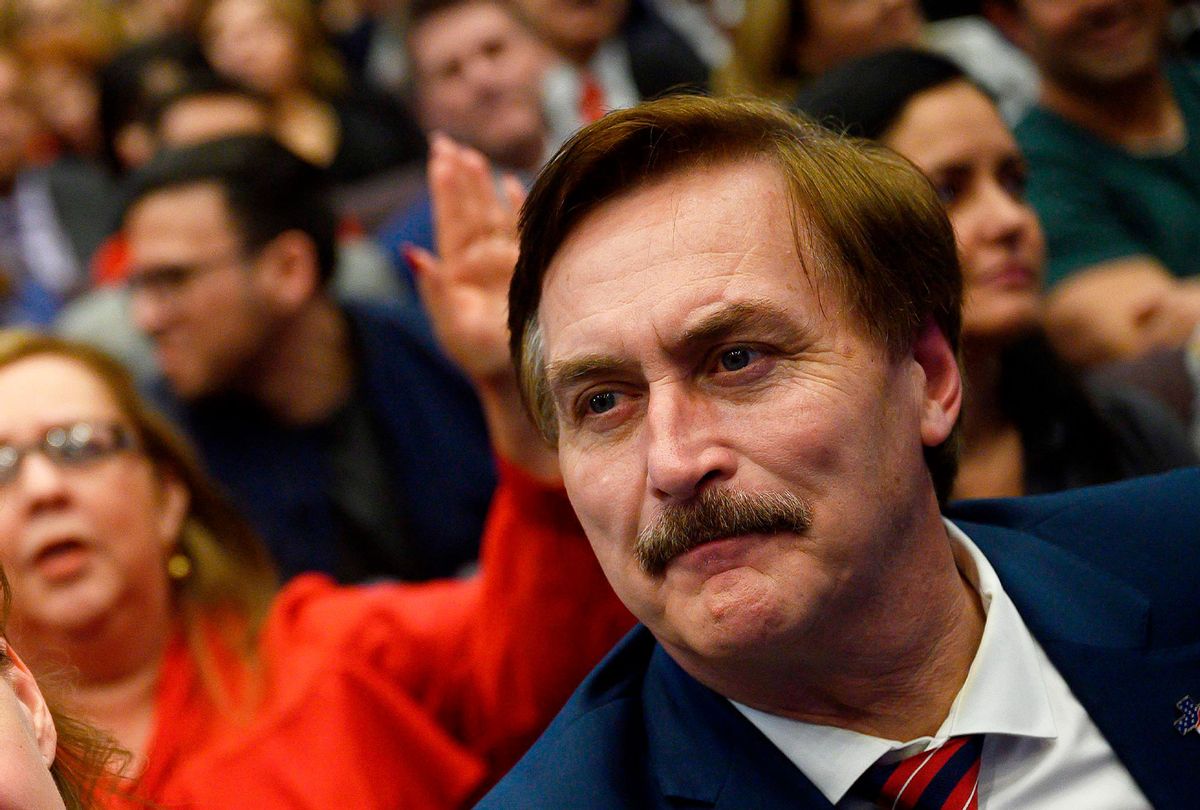 MyPillow CEO Mike Lindell has appeared to struggle with reality during media appearances over the past few days, claiming on at least one occasion that the government was seeking to kill him.

In a subsequent interview, Lindell became distraught over his own forgetfulness as he had difficulty recalling what month and date it was. There may be a certain irony in that, as Lindell claimed for months that Donald Trump would be reinstated as president in August, and has since said that seemingly impossible task will somehow be accomplished by year's end.

"Yeah, yeah, the 'Absolute Proof,' let me tell you the key part of that," Lindell said at one point during a three-day online special broadcast with evangelical pastor Jim Bakker. "This is probably the only time where I had a little fear, and I had to pray, get on my knees, and pray to God. This was 10 days before the impeachment trial. And let me tell you. I'm 10 days before — and remember, at the time that that was like the — towards the end of January, you know, the impeachment trials were Tuesday following, like, the Feb. 8, OK?"

He then continued with a favorite theme, describing the Jan. 6 Capitol siege as the work of anti-Trump forces. This time he called it a "big fake insurgency or whatever, that you're against the government."

Lindell then said, apparently for the first time, that he believed that the government wanted to kill him.

"And guess who was No. 1 on that list to come and get? Me," he added, referring to the government. "I'm going, 'God they're gonna kill me.' You know, they're gonna put me and hang me. And basically [that] is what I'm thinking, and at that moment, he said, You know, I got to put a documentary, just put the evidence out there and make it."

On Monday night, Lindell spoke to his supporters from an undisclosed location on his Frank Speech website, appearing somewhat disoriented. This was the occasion when he had to enlist the help of an assistant, seemingly confused about what the accurate date and month were.

Lindell must soon mount a legal defense against Dominion Voting Systems and its $1.3 billion civil defamation lawsuit against him and several other defendants, but may not be helping his cause by repeatedly contradicting his legal team, which has argued he is not profiting from his attacks on the company. On Thursday night, he announced that the promo code "Dominion" will now yield deep discounts on MyPillow products.

Last week, the bedding king claimed that his antagonistic relationship with Dominion Voting Systems was good for business, saying he had recently hired an additional 200 employees.