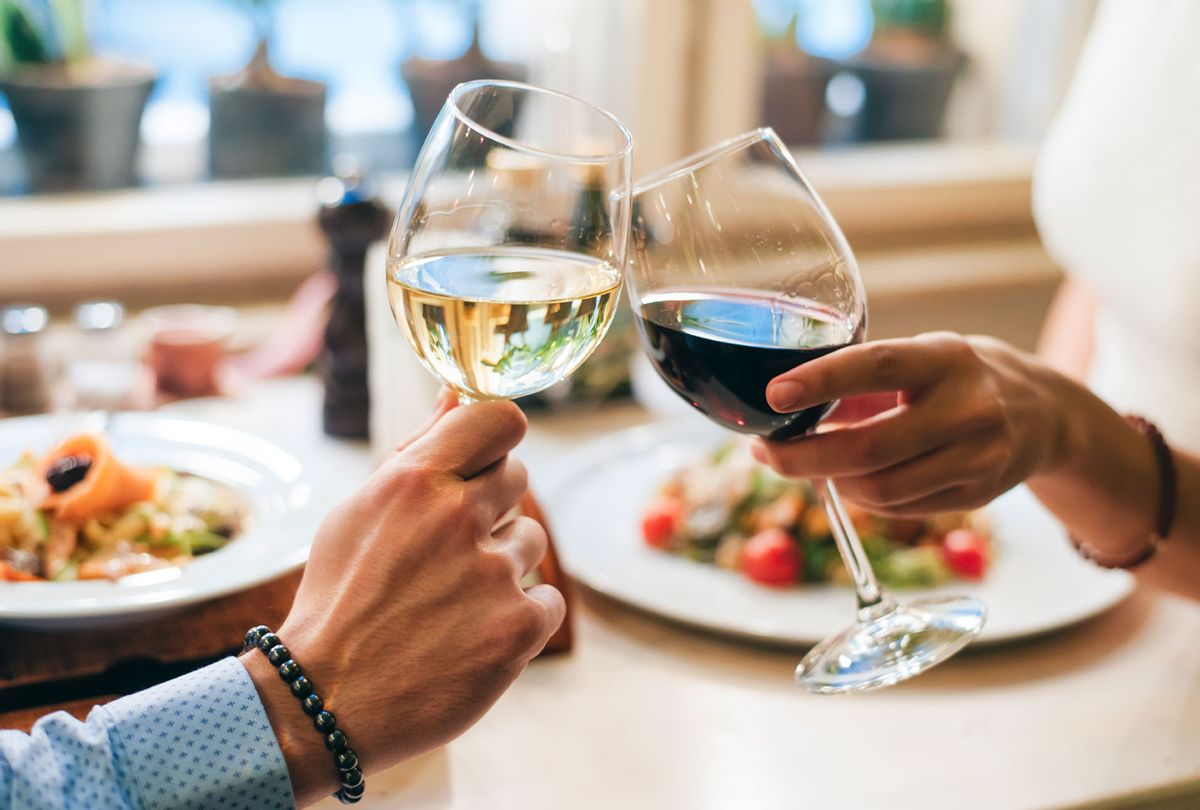 I live with my two children and my ex-husband, Michael. I don't like to call him my ex-husband, because that implies that our relationship is over, which is far from true. He has been one of my best friends for almost 20 years. He is the father of our children. And for the last two years, he has been my roommate. In our current living arrangement, I have found something that eluded me for much of my childhood and my entire adult life.

My childhood was marred by my parents' ugly divorce. Their self-involvement during that time left me feeling adrift. When I was 12, my mother moved to another country to pursue a medical career, and left my sister and me with our father. We lived in a nice apartment across the George Washington Bridge from Manhattan, but we weren't much of a family. My father wasn't interested in my sister's or my grief, so we were left to negotiate it alone. The day my mother left, something big shifted inside me. Her abandonment, and my father's detachment, left me not just motherless, but also certain that I was unlovable and unworthy in most ways. I turned to boys to get the attention I desperately craved and, later on, I turned to men. I was sure that if a man loved me, I would finally be worth something. Every movie had told me this. Every song. Every sitcom. The answer lay in love. Of that, I was sure.

After years of mistakes and loss and heartbreak, I found love with Michael. We married when we were 30, both of us believing — as all soon-to-be married people believe — that it was forever, that we had found our life partners, that we would always be happy together. We were married on a cliff at a beautiful hotel in Oregon's Columbia Gorge. Below, windsurfers dotted the Columbia River. We danced until two in the morning. We didn't make love that night, because we were tired, naturally. Yet we didn't make love the following night, or the night after that. Of course we did eventually, but not very often. And before long, sex had become about trying to make a baby.

By the time our first baby was two, we understood that he was on the autism spectrum. Michael and I couldn't have known how this would send us both into grief strong enough to pull us far away from each other. He lapsed into depression. I took refuge in an emotional affair, succumbing to my old vice. By the time we emerged, we were too far gone. Our friendship had survived. Our love and respect for one another were intact. But our romance was over. We had been sleeping in separate rooms for years at that point, and we hadn't had sex in ages. All of our expectations — for us, for the children we would have — had failed us. So we agreed to separate, and I moved into another house. We had other relationships. We parented our two children, communicating often. We socialized, too, laughing easily with one another and supporting each other through whatever struggles or heartbreak came our way.

I met someone new, remarried, and made a spectacularly unsuccessful blended family that ended in divorce, too. Michael tried living with another woman, but it lasted all of three weeks. He needed a place to live just as my second ex-husband was moving out, so we decided to try living together again. The truth was, it didn't take a lot of deciding, and we doubted it would take a lot of trying. I had told close friends more than once I wished I could just live with Michael again. I missed him. I missed his friendship, his humor, his kindness.

"You want him back?" they asked.

"Not like that. I just want to live with him."

They frowned in confusion. Our relationship was so hard to explain.

My life with Michael was even harder to describe to potential lovers. Few of them believed me when I told them that he and I don't have sex.

"Even when you get drunk?"

"Surely it sometimes happens by mistake."

I know. Our relationship is weird. We hang out together. We make each other laugh. We care for each other, but we don't have to be careful. We aren't attracted to each other sexually, which simplifies our expectations. Michael has a girlfriend, and I have a boyfriend. Often, we all become friends. The time we were stuck together in lockdown during the pandemic highlighted how much Michael can feel like a sibling — someone I love, someone I would defend, whom I would show up for without question, but who also often annoys the crap out of me. Indeed, he's my family. I picture us winding up old together, sharing a bottle of wine in our rocking chairs. Surely by then we'll be living with other people, which we intend once the kids move out. For now, there is security in the knowledge that neither of us is going anywhere.

My divorced friends tell me they can't imagine having a sustained, civil conversation with their ex-husbands, much less having fun with them. Their relationships with their exes are strained, often existing solely for the children. Even a self-proclaimed happily married friend once told me that Michael and I get along better than she and her husband do. The "happily married" couple seems like a myth these days. While I imagine some couples do it well, many of us are bad when it comes to relationships, especially after growing up without consistent experiences of genuine intimacy, and most especially when intimacy itself held too much weight, as it had for most of my life.

Marriage, monogamy, even open relationships — they all seem so difficult to sustain. Divorce, though … apparently, I'm quite good at divorce. Divorce is so often considered some sort of failure. It's such an unhelpful view, especially when so many people have divorces. Perhaps we can think of them as more of a relationship change than a firm end. Perhaps it doesn't have to be such a dirty word.

My relationship with Michael is my only successful romantic-turned-platonic relationship to date. Maybe I'm not as terrible at relationships as I've thought. Maybe I simply needed to stop limiting my relationships to culturally sanctioned roles. As is so often in life, the truth, the authentic thing, lay beneath the cultural expectation, undefined, unlabeled, and difficult to find as a result.

As hard as it is to define, I tend to think of our relationship as the one Michael and I were always meant to have. We finally settled into the right one, the one where we wound up loving each other most easily, most sincerely. I refuse to think of our relationship as a failure simply because it includes divorce. There are many ways to define family, and Michael and I have found ours. It may not look exactly like what I imagined as a young girl. It may not be like what I saw in the movies or heard in the songs. But few things in life have delivered the expectations those narratives promised. I simply had to look honestly at the manner in which love arrived.

Kerry Cohen is a doctor of clinical psychology and works as a licensed therapist in Portland, Oregon. She is the author of "Crazy For You" and the memoirs "Loose Girl," "Seeing Ezra" and "Girl Trouble." Her work has been featured in the New York Times and Washington Post, and she has been a guest on the Today Show and Good Morning America. Her story was also featured on WE Network as part of the documentary "The Secret Lives of Women."