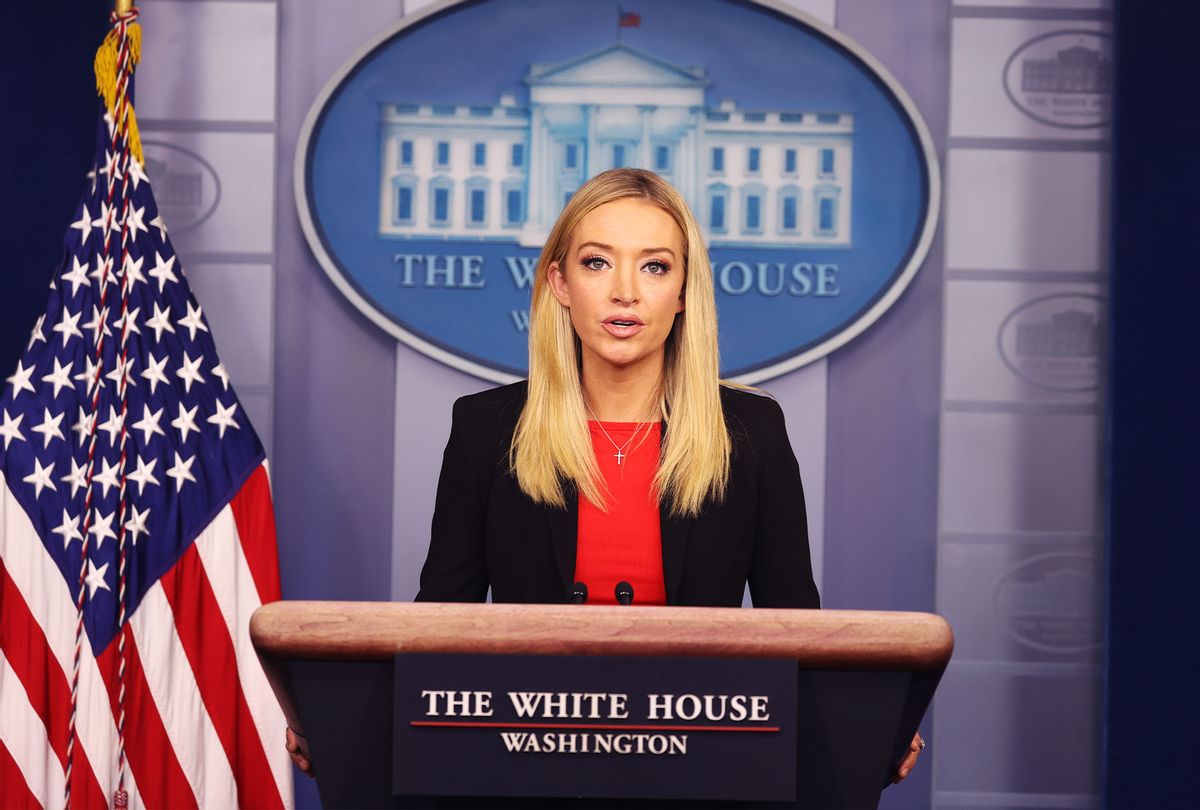 There was only one problem — Donald Trump was president for that entire time.

In the initial tweet sent out early Thursday morning by McEnany, she quote-tweeted Axios reporter Lachlan Markay, who had featured a New York Times graphic depicting a 20%-plus increase to the number of murders in the United States in 2020.

Despite the obvious time discrepancy, she wrote: "The U.S. murder rate under Joe Biden..."

The data in question originates from the FBI's Uniform Crime Report, which outlines the uptick in the number of murders in the United States, highlighting a significant surge in 2020.

The United States in 2020 experienced the biggest rise in murder since the start of national record-keeping in 1960, according to data gathered by the F.B.I. for its annual report on crime.

The Uniform Crime Report will stand as the official word on an unusually grim year, detailing a rise in murder of around 29 percent. The previous largest one-year change was a 12.7 percent increase in 1968. The national rate — murders per 100,000 — still remains about one-third below the rate in the early 1990s.

The data is scheduled to be released on Monday along with a news release, but it was published early on the F.B.I.'s Crime Data Explorer website.

On Thursday afternoon, McEnany tried again, quote-tweeting the graphic and shifting the blame more generally onto Democrats, some of whom are proponents of reallocating resources away from police departments.

"From the White House podium in August 2020, I warned Defund would result in rising crime. Sadly, I was right. Biden you enabled this," she wrote. "Defund, Democrat mayors, you own this!"