What is "Boom Boom Lemon drink" from Netflix's "Kate"?

Is the drink from "Kate" real? Yes and no 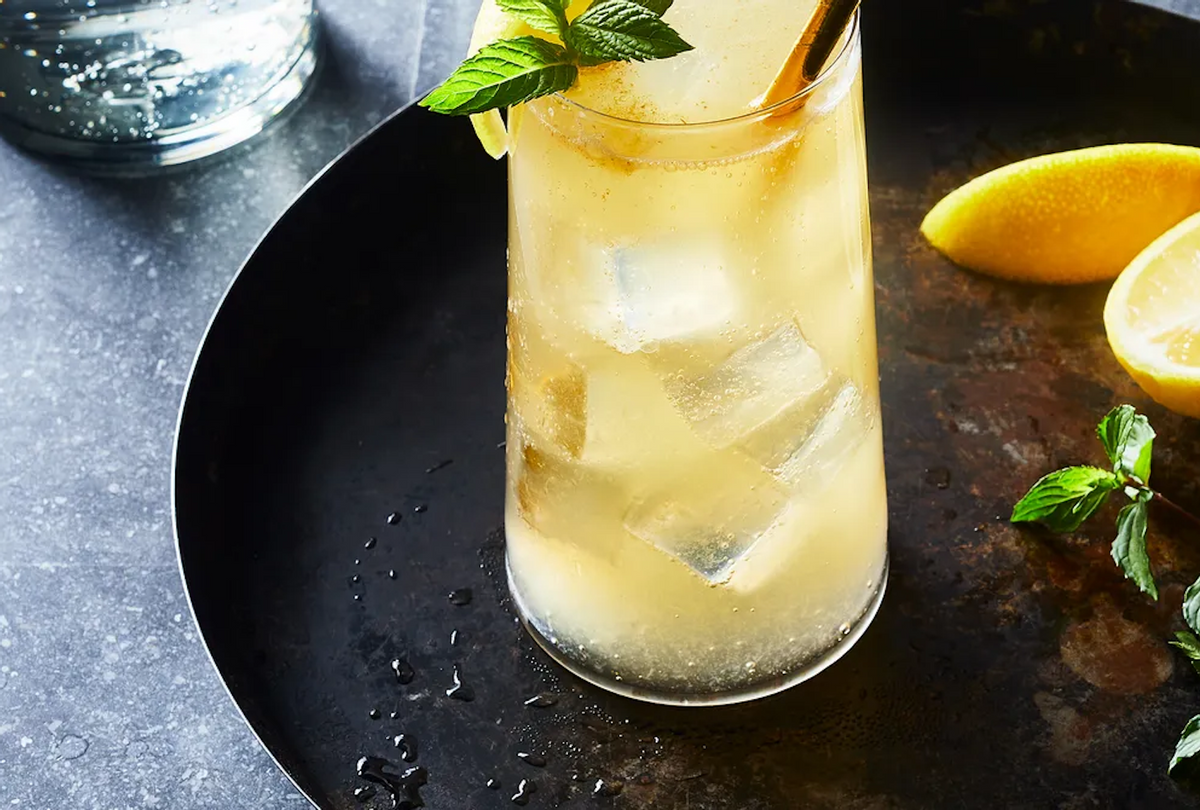 If you've been cooling off with Netflix recently, you may have come across the recently-released film "Kate," starring Mary Elizabeth Winstead as the titular assassin with 24 hours to live, and an unquenchable thirst for revenge — and Boom Boom Lemon drink. The refreshing citrus beverage naturally proves difficult for Kate to find, but it does manage to inspire an unlikely friendship between her and Ani (Miku Martineau), who just want to get their hands on their favorite soda.

If you found yourself watching "Kate" and fantasizing about a sip of the lemon soda yourself, you're definitely not alone. Twitter was abuzz with fans not only rooting for Winstead to take a sip before the credits rolled, but also hoping to score some Boom Boom Lemon drink themselves. Unfortunately for viewers, Boom Boom Lemon is not — at least for now — a real product. The good news is that there at least seems to be a Japanese equivalent that's close enough. That would be C.C. Lemon, which parent company Suntory (who you may recall from Lost In Translation) describes as "the No.1 lemon-flavoured carbonated drink in Japan for over 20 years." Its popularity may or may not have something to do with the fact that characters from "The Simpsons" have appeared in quite a few of C.C. Lemon commercials over the years, arguably making them more recognizable in Japan from the ads than the show itself.

If there's one non-Simpsons tidbit to know about C.C. Lemon, it's that the drink is chock-full of vitamin C. So much, in fact, that a 350 mL can (about 12 ounces) contains 50 lemons worth of vitamin C. Hard to say if that would help if you're slowly being poisoned over 24 hours like Kate's main character, but it'll surely help you fend off scurvy for a while should you decide to order some online from retailers like Amazon.

So how did the lemony drink make its way into the latest Netflix original movie? You may want to take this with a grain of salt (which would probably pair better with lime), but a Twitter user alleges that "Kate" director Cedric Nicolas-Troyan used to drink C.C. Lemon quite often while he was living in Japan in the 90's, making it the supposed reference point for Boom Boom Lemon drink.

At least one other Twitter user points to Boom energy drink's lemon and lime-flavored energy shot as a potential point of reference. Makes sense that you'd probably want to be as caffeinated as possible if you were being poisoned and had one day to live earth like Kate, but the connection otherwise might be a bit dubious.

The fact that Boom Boom Lemon is not a real soda means there's no official recipe, but that hasn't stopped YouTube channel No Menu Cooking from putting forth one of their own. Wondering how to make a DIY-version of Boom Boom Lemon drink? You'll need a mason jar, lemons, carbonated water, and a whole lot of sugar. Combine the lemons and sugar in a sealed mason jar long enough to pull out the lemons' juice (at which point you won't be able to press the lid down anymore). Mix the resulting juice with some plain seltzer and you've got easier access to Boom Boom Lemon than Kate had.

While Boom Boom Lemon drink itself may not be real, a pretty close facsimile may be more attainable than you'd think. There's no guarantee you'll love it as much as Kate, but at least it's not poisonous.