Every fall, Americans celebrate corn with mazes, feasts and barbecues — without knowing its peculiar history 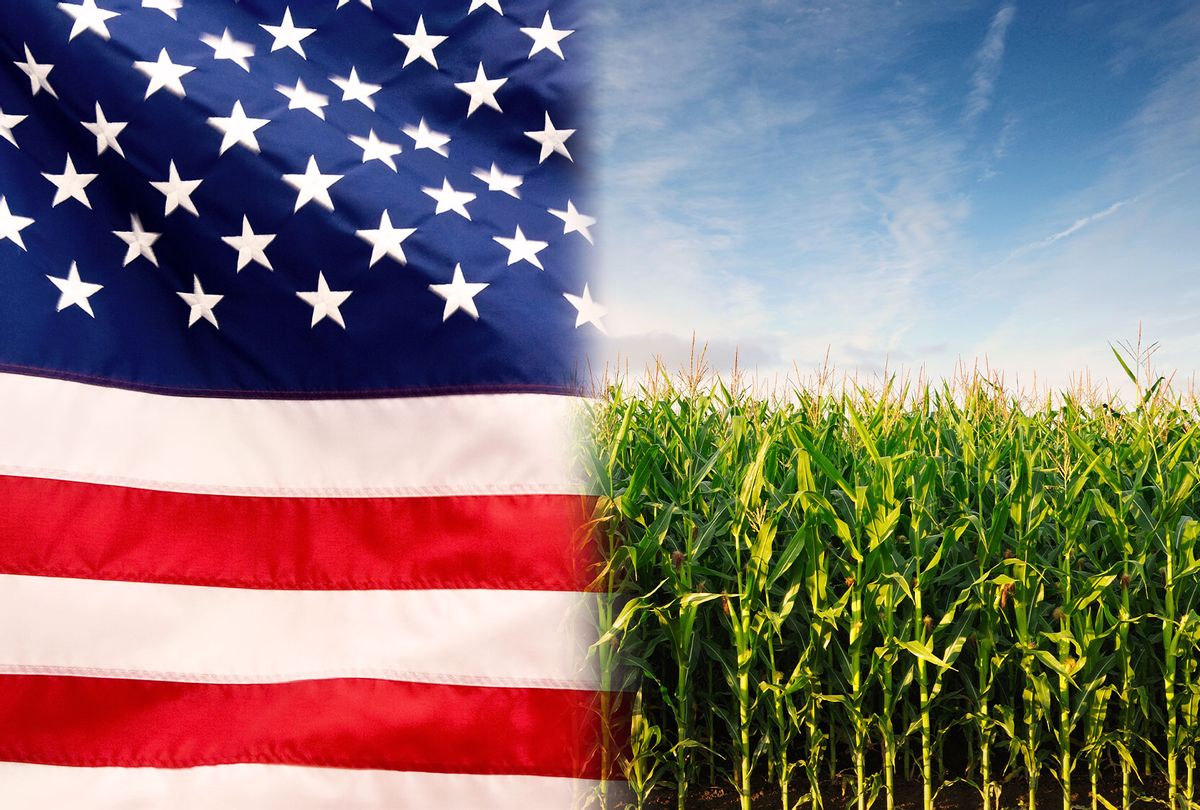 Autumn, now officially upon us, is a season widely associated with corn in the United States. Farmers are preparing to harvest their crops, hoping for profitable yields. The savory cylindrical vegetable will be a culinary staple for holidays and football-watching parties, displayed as an ornament in cornucopias and other decorations; meanwhile, millions of Americans will traverse a corn maze, an entertaining staple of the fall season.

Yet corn is not just a delicious and nutritious food. It is the fuel that drives one of the most lucrative and economically indispensable industries in America; a marvel that attests to humanity's mastery of genetics; and, for those who perform the grueling labor of cultivating it, a lifestyle. As President Dwight Eisenhower famously put it, "Farming looks mighty easy when your plow is a pencil and you're a thousand miles from the corn field."

It was even more difficult — unimaginably so — to actually create modern corn. And the story of how it came to be — and how it came to be so dominant in American diets and imagination — is a weird, unlikely earful.

Genetic children of the corn

While the 1,500 miles of America's corn belt might mislead you into thinking corn is a wild crop, it was actually created roughly 9,000 years ago through selective breeding of a Mexican grass called teosinte. Geneticists have determined that farmers who likely lived in what is now Mexico's tropical Central Balsas River Valley must have seen food potential in the thin, extremely hard teosinte in their area, which would have only had a handful of kernels on their tiny cobs. Despite living in small societies and traveling with the seasons, the indigenous farmers managed over thousands of years to breed a variant that did not pack its kernels in hard cases, had cobs that stayed intact when you tried to pick off kernels and could be easily managed as a large-scale crop. This was the corn discovered, and introduced to the world, by Christopher Columbus in the late 15th century.

The final result is a crop that not only does not exist in the wild, but could not exist in the wild. As Indiana Public Media wrote in 2009, "the seeds are all crammed together on the cob and wrapped tightly inside the thick husks. Seems impossible for the seeds to disperse without a human to peel the husks and separate the kernels."

Yet despite these reproductive disadvantages, there are six types of corn that are grown in the United States today: Dent corn, which is usually yellow, has dimpled kernels and is used in products like animal feed, bourbon, corn chips and corn tortillas; flint corn, which has kernels that comes in multiple colors and can be used for grits, popcorn or decorations; sweet corn, which comes in yellowish and whiteish shades and can be casually eaten; flour corn, which is used to make corn flour; popcorn, which can be a flint corn and is any species that puffs out when heated; and pod corn, which grows leaves around each kernel and is not grown commercially, although it is used in some Native American religious ceremonies.

Corn products are hardly limited to things we put in our body, incorporate into our religion or use as ornamentation. Corn be used to create ethanol, which fuels vehicles from cars to rocket ships; as dextrin it can be found in adhesives, soaps, insulation, drinking straws and ink; as corn syrup it is used for finishing textiles, shoe polish and theatrical make-up; and as corn starch it appears in rubber tires, insecticide powers and dry cell batteries. According to the Department of Agriculture, more than 90 million acres of American land are devoted to our corn harvests. Given the sheer multitude of uses that exist for the plant, this is hardly surprising.

The downsides of corn domination

Yet having such vast areas devoted entirely to a single crop have significant environmental costs.

For one thing, as corn and soy have become the two dominant crops in America, crop species diversity has plummeted. This leaves America's food supply more vulnerable to any external crises that might disrupt production, such as pests or extreme weather events.

Because the corn industry receives more government subsidies than any other crop (including $90 billion between 1995 and 2010), it is extremely expensive to taxpayers. It is also wasteful, in many ways, to grow corn at the quantities that we do; a more diverse use of the land, water, soil and fertilizer that goes into maintaining massive corn farms could yield more nutritional bang for our buck. Most of the corn we grow is either used for biofuels like ethanol or for animal feed, with the former not serving as a food (obviously) and the latter only doing so indirectly (and after losing a lot of calories and protein in the process of moving up the trophic ladder).

Finally, all of the fertilizers and pesticides used to maintain these massive corn crops inevitably run off into the water supply or otherwise become pollution.

It is also unhealthy for people to eat as much corn as currently exists in our diets. High-fructose corn syrup, for example, is a sweetener made from corn starch found in everything from candy and soda to fast food and condiments. This product is also linked to a higher risk of obesity, fatty liver disease, heart disease, diabetes and even cancer. The fructose itself particularly promotes the accumulation of visceral fat, or the fat directly around your organs that is particularly harmful to the body. Even worse, there is no nutritional value to high-fructose corn syrup. It removes all of the benefits to eating corn and includes a plethora of unnecessary dangers.

One might even characterize America's dependence on corn as a national security risk. When President Donald Trump raised tariffs on Chinese products and they responded by increasing rates on certain American imports, the corn industry needed Washington bailouts to stay afloat. A significant chunk of America's corn harvest is sent overseas, and this seeming flaw is a feature rather than a bug.

Earl Butz, who served as Secretary of Agriculture under presidents Richard Nixon and Gerald Ford, is widely regarded as a pioneer in modern American corn policy because he emphasized selling overseas and producing at a high volume. This caused corn prices to drop and encouraged businesses to find innovative new ways to use this suddenly dirt-cheap vegetable. (Butz would later be interviewed for the 2007 documentary "King Corn," which discussed his policies.)

In 1976, when singer Pat Boone asked him why the Republican Party does poorly among African American voters, Butz infamously replied with an unprintable racist remark. Butz later resigned in disgrace.

In general, people will have more trouble accessing food once supply chains break down due to extreme weather events, but the corn industry will be particularly vulnerable as droughts and heat waves make it harder to yield bountiful harvests. If an adverse climate change-related development manages to impact a certain species of corn, it could deal a body-blow to the industry because so many corn species are genetically similar. The ripple effect of any damage to the corn industry along these lines will mainly effect people with low incomes.

"Climate change has a demonstrably negative effect on the planet's natural ecosystem (pests, coral bleaching etc.) which is pivotal for agrarian production," Shahram Azhar, an assistant professor of economics at Bucknell University, told Salon last month. "For working-class people, this basically means more food insecurity, malnourishment, and poverty through rising food prices on the one hand and instability in jobs and incomes on the other."