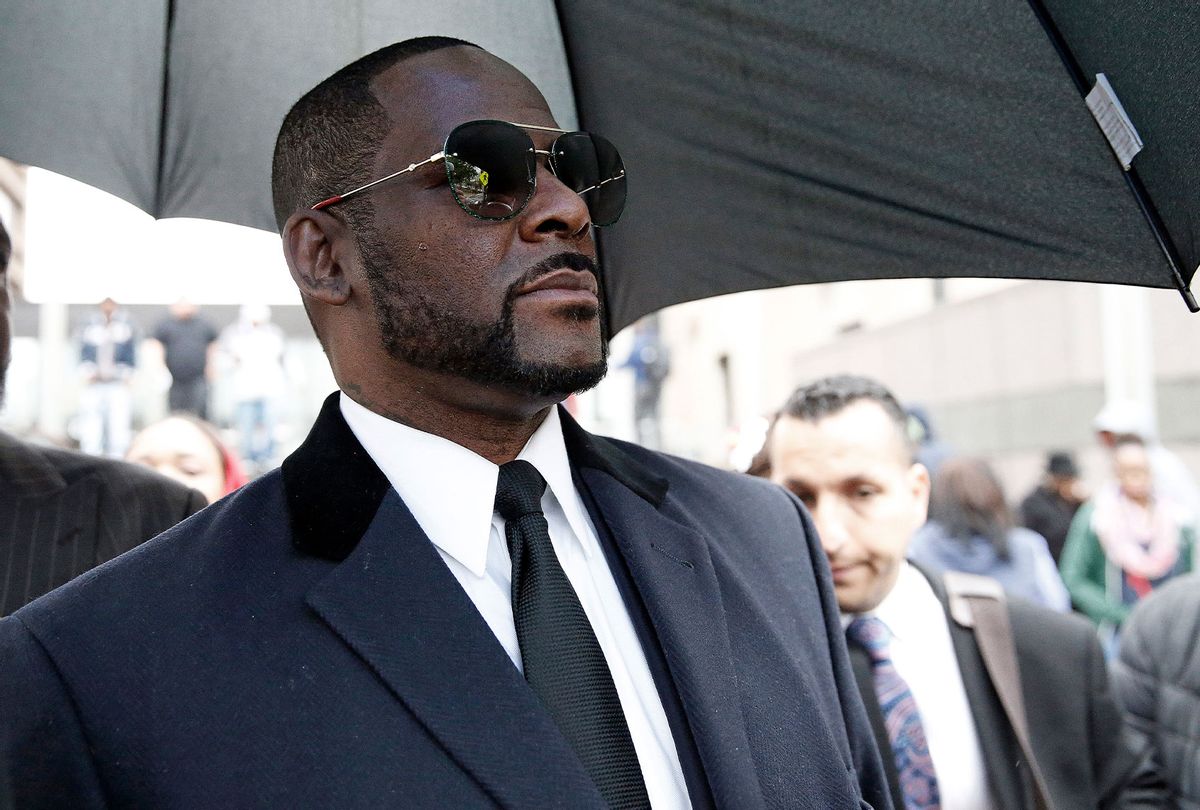 Singer R. Kelly leaves the Leighton Courthouse following his status hearing, in relation to the sex abuse allegations made against him, on May 07, 2019 in Chicago, Illinois. (Nuccio DiNuzzo/Getty Images)
--

Kelly's trial began this summer on Aug. 18, and was rife with bombshell testimonies, stories and allegations from young women who claim to have survived sexual abuse, imprisonment and even reproductive coercion from the R&B singer.

Several witnesses recalled being "recruited" by Kelly as minors, and being forced to live on his properties, where he would impose strict rules and punishments, and not allow his "girlfriends" to speak to other men or wear form-fitting clothing. One witness claimed Kelly had sexually abused the underage singer Aaliyah when she was as young as 13 or 14, and illegally married her because she had been pregnant, and he needed her to have an abortion.

Other jarring testimonies throughout the trial allege that Kelly locked an intern in a room and sexually assaulted her after she passed out; recorded a video of a woman wiping feces on her face as punishment for not following his rules; and gave multiple people herpes by not informing them of his STD status.

He used lies, manipulation, threats and physical abuse to dominate his victims. Just because you have one of your henchmen do your dirty work doesn't make you any less responsible. The defendant's pattern of sexual abuse of minors didn't change after he wed Aaliyah. In fact, it didn't skip a beat.

Kelly's Brooklyn-based case is actually just one of several, as he still faces charges in llinois and Minnesota. Some have attributed the momentum of his trial and his conviction now to the influence of the 2019 Lifetime documentary, "Surviving R. Kelly." In the docuseries dozens of women interviewed claimed to have survived abuse from the now disgraced singer over the decades, eventually leading to Kelly facing criminal charges.

With Monday's guilty verdict from the jury on Kelly's Brooklyn case, he now faces the possibility of decades in prison. Kelly's attorney has told CNN that they're considering filing an appeal to overturn the ruling, and are disappointed in the verdict.