Trump's revival: How his rallies reveal him to be the ultimate follower 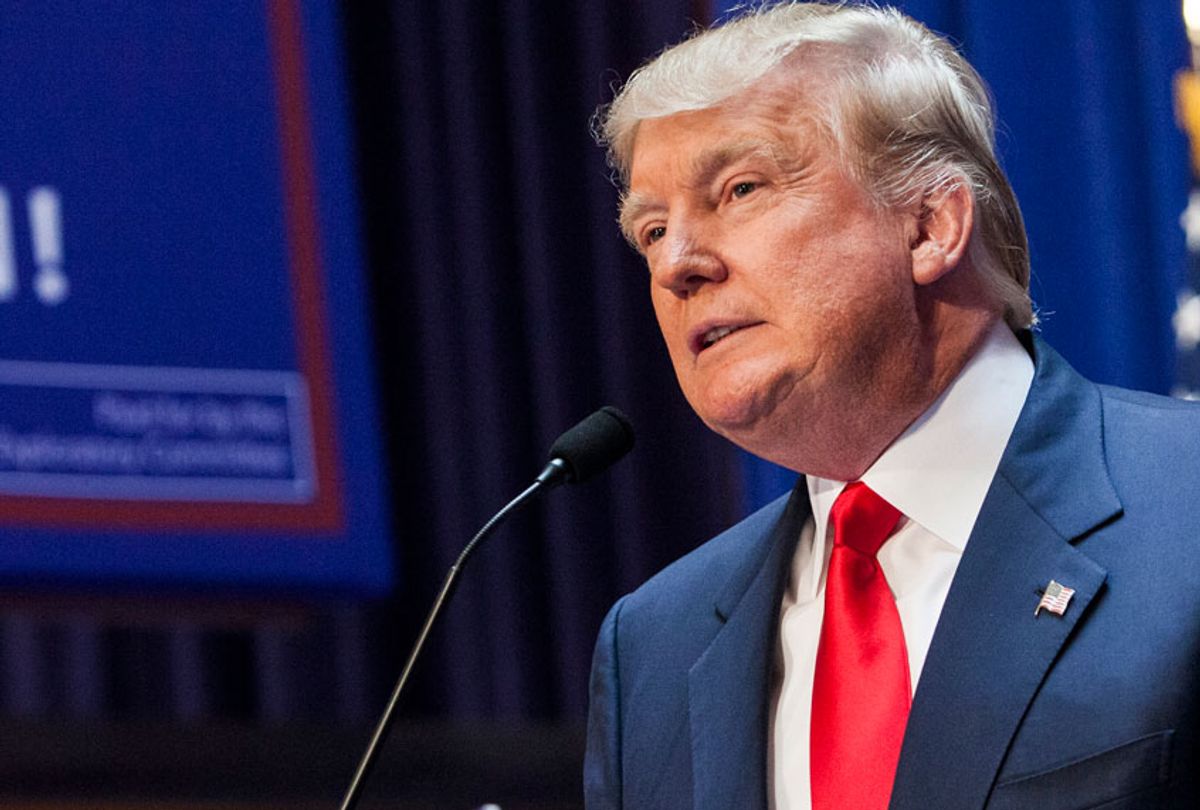 Donald Trump returned to his beloved rally stage over the weekend to perform his greatest hits in front of a Georgia crowd. It was a large and ecstatic crowd. What else is new? If there was any hope of Trump's fans getting tired of him, there is no sign of it yet.

From asking the crowd what it must be like to be married to Hillary Clinton and eliciting a raucous rendition of "Lock Her Up!" to complaining about the border as his followers chanted "Build That Wall," Trump delivered his tried and true staples. He declared that he loves law enforcement and the military and the 2nd Amendment and even bragged about making people say Merry Christmas once again. And when he asked, "Is there anything as fun as a Trump rally?" he truly brought the house down. In the end, they all danced awkwardly to the 70s hook-up song, YMCA before heading home spent and satisfied.

This stuff never gets old, apparently.

But for all the familiar old saws, Trump spent most of his time pushing the Big Lie, taking it to even higher levels of delusion, implying that President Obama stole his two elections and asserting that the Arizona "fraudit" went his way:

He also got huge applause trashing Republicans he believes betrayed him by failing to cheat, at one point suggesting that Georgia Democrat Stacey Abrams would be a better governor than the current GOP governor Brian Kemp. His followers loved every minute of it, lustily booing Kemp and Majority Leader Mitch McConnell. In their minds, as in Trump's, the Democrats and RINOs are one in the same: They are the enemy.

It's hard to know if the rally crowd represents the average Trump follower but the polls indicate that he is still massively popular with Republicans so it stands to reason they are generally happy with the Trumpism on display at his gatherings. As so many have marveled when asked what they like about him, he says what they're thinking.

I couldn't help but ponder that when I read some recent analyses of the 2020 election once again looking at the question of "what does the white working class voter really want?" The Washington Post's Monkey Cage blog turned the spotlight on the upcoming Virginia governor's race and looked at the three big cultural markers that separate the urban from the rural voters: faith, gun ownership and race.

I don't think I have to explain the differences among the Democrats and Republicans on those issues. Democratic strategist James Carville blames the urban voters for being elitist and chasing away voters with their big city ways. Analyst Ruy Teixeira believes that Democrats are out of step culturally with the mainstream of America and, as a result, have put a ceiling on their appeal. Teixeira makes a number of suggestions as to how to become more culturally palatable to Real Americans and suggests:

The way to lift that ceiling is clear: move to the center to embrace the views enumerated above, all of which are compatible with a robust program of full employment, social safety net expansion and public investment. Indeed, the ironic aspect of this is that the public writ large, including the median voter, are more open to such a program than they have been in decades, yet the Democrats' cultural leftism interferes with their ability to focus on their popular economic program and avoid unpopular positions that have little to do with that program.

In other words, he believes that delivering a popular economic program will bring them back as long as the Democrats don't upset them with all this cultural leftism. But after crunching the numbers, the Monkey Cage analysts found that it's not urban arrogance or cultural leftism that's at the root of the problem and neither are different attitudes about gun ownership or faith. The problem is race. This is evident by the fact that rural white voters simply refuse to acknowledge that racism exists:

[I]f voters in urban and rural areas acknowledged White privilege at the same rate, the urban-rural voting divide would be relatively small, just eight points. That the divide is actually 32 points speaks to the powerful role that racism plays in fueling this gap. Perhaps it's no surprise, then, that Virginia Republican candidate Glenn Youngkin attacked the teaching of critical race theory, making it a cornerstone of his campaign.

Our findings suggest that messaging isn't the problem, as Carville asserted. Rather, rural Americans prefer Trump's racially charged politics and denial that racism exists. Fueled by a core disagreement over racism in the United States, the urban-rural divide is likely to continue in 2021 and beyond.

This analysis tracks with earlier findings in the wake of the 2016 election when the media decided that Trump's win was based upon the "economic anxiety" of the white working class and spent months chasing them through diners in the South and the rustbelt to prove it. Then, as now, the analysis just didn't add up. Non-college educated voters exist throughout the country but the ones who loved Trump were those white, mostly rural, and often more affluent Fox News viewers who were filled with grievance and resentment against people of color.

Larry Sabato of the University of Virginia begs to differ with both of these analyses. He agrees that economic insecurity had little to do with non-college educated votes for Trump in 2020 but believes it's "fundamentally" about ideology. He writes:

I don't know which of these analyses are correct, although I'm deeply skeptical that taming the "cultural left" will have any effect on those who are allegedly so offended by it that they will instead vote for the likes of Donald Trump. I am convinced that racism lies at the heart of most of the grievance and hostility that animates the right, and I also think that easily evolves into a more holistic worldview that encompases grievance across the entire ideological spectrum leading to conspiratorial thinking and an abandonment of critical thinking. Still, I'm not sure that adds up to a coherent ideology. It's more of a tribal identity.

Trumpism's appeal rests on the fact that Trump himself is very careful to stay within the bounds of all those issues Sabato lists. He uses his rallies to feel them out and adjust accordingly. In that way he is the ultimate follower, not a leader. What he does is express their loathing for racial and religious minorities and immigrants, gun control advocates, climate change, tolerance, equality and pluralism in the crude, bullying, hostile way that validates their existing beliefs. Basically, he completes them.