Whether you're in the mood for something fruity, nutty or custardy, we've got just the idea 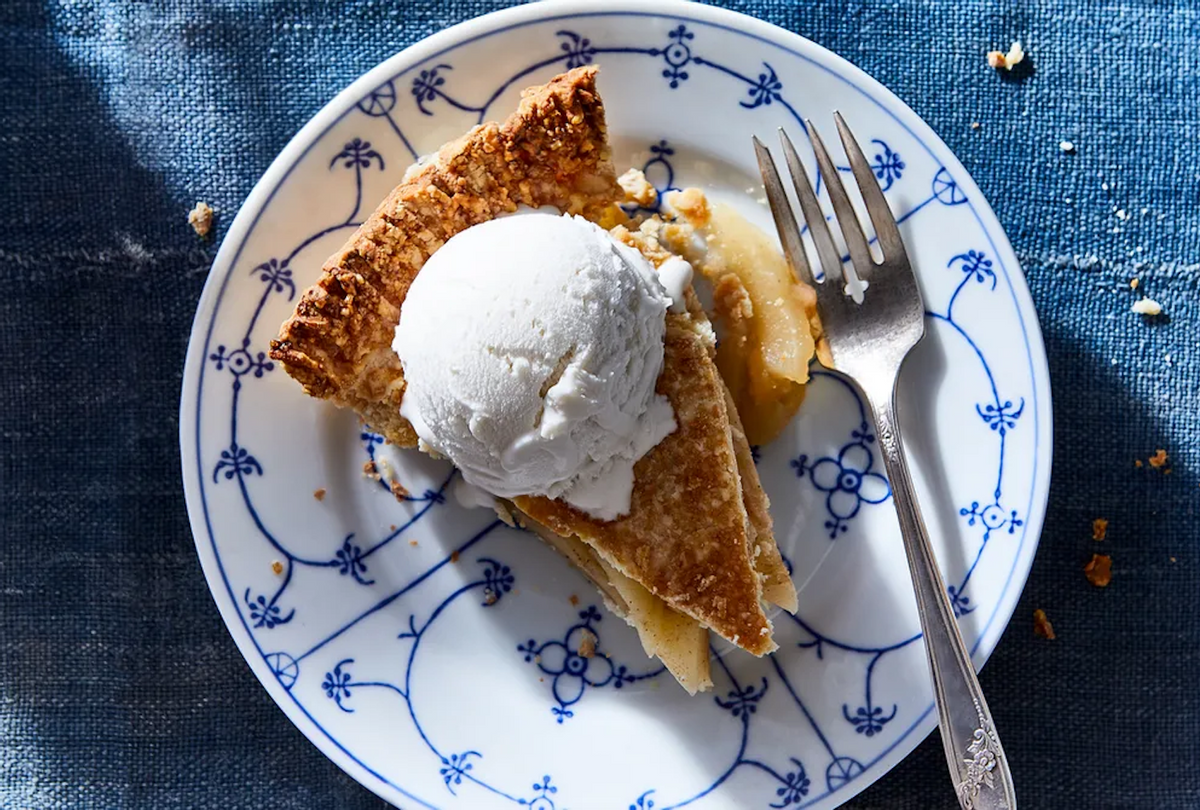 Plant-based desserts are just as important in our repertoire as their buttery, eggy counterparts. Take these Genius chocolate chip cookies, this fudgy banana brownie cake, this richer-than-rich mousse, these scotcheroos that are apt to stick to the roof of your mouth . . . in a good way! They rank among our favorite desserts of all time.

Vegan pies deserve to be in that pantheon, too — after all, how could we resist a flaky-crispy tart filled to the brim with fruit, custard, chocolate, or all of the above? So, for our own edification and yours, we've rounded up our 18 best plant-based pies. All they'll need is a scoop of (non-dairy) ice cream.

Before we dive into fruit fillings and creamy puddings, we need to talk about the perfect vegan pie crust. Ours is made with coconut oil (rather than butter or lard or shortening), which makes the crust super flaky and just a wee bit sweet.

This classic apple number is (perhaps shockingly?) minimalist — the filling's just apples, sugar, pumpkin pie spice, cornstarch, and a little pinch of salt. That means it's big on apple flavor, and you'll want to use the sweetest-tartest fruit from the season.

If you love the idea of apple pie but have been hunting high and low for a grain-free rendition, your search can stop now. A tender, sorghum-based crust and an oaty, brown sugar-laden crumble house a spicy ginger-apple filling in between.

A grain-free, no-bake take on Key lime pie that's perfect for the summer months. The secret to the creamy, dreamy filling? A ripe avocado.

Fluffy coconut whipped cream, juicy clementines, and bittersweet orange jam come together for a sophisticated dessert that's actually a cinch to put together. If you'd prefer one larger tart rather than several small ones (though who can resist those little cuties?!), you'll need to adjust the bake time accordingly. Summer fruit, like peaches or plums, would also work well here in place of clementines.

Cashews work double-time in this recipe, creating a nutty crust and creamy filling, ready to be topped with your very favorite summer fruit.

Velvety coconut milk ice cream, macerated strawberries, and a hint of fresh lime sit atop a thick, sweet graham cracker crust. As a shortcut (or if you don't have an ice cream machine — yet!), you could use your favorite non-dairy ice cream instead of churning your own.

Pecan pie like you've never had it before — you won't even need to turn on the oven (which is a real blessing around Thanksgiving time!). Medjool dates and coconut oil create a gooey, caramel-like filling that gets studded with whole pecans.

Graham crackers and silken tofu come to the rescue again, this time to form a gloriously rich, pudding-like chocolate pie.

If you were as big a fan of (sadly non-vegan) Reese's peanut butter cups growing up as I was, this recipe is for you. It's got a creamy, mousse-like filling and a glossy chocolate ganache on top, bolstered by a crumbly, cocoa-rich crust.

Another Thanksgiving-ready recipe that won't take up precious oven space. Dates and nuts are, once again, our very best friends.

Here's a vegan pumpkin pie you probably won't even realize is vegan. A tender-flaky crust gets topped with a thick cashew-based filling that blends wonderfully with pumpkin purée and warming spices.

Be whisked away to Margaritaville with this luscious coconut pie that just so happens to be vegan. The Biscoff cookie crust is the work of baking royalty and a few generous tablespoons of dark rum in both the filling and whipped cream topping will instantly transport you to the Caribbean island of your choosing.

You thought we were just talking about dessert pies, didn't you? No, no, we've got savory vegan pies for dinner, too, like this herby pot pie filled with a mixture of frozen mixed veggies (don't judge! You'll thank us later when you can easily make this recipe in the dead of winter).

Instead of using gelatin, recipe developer Amy Chaplin had the super smart idea to utilize agar agar flakes for the fruity filling in this vegan tart recipe. The flakes give the berry and chocolate mixture plenty of body, while still making it an accessible dessert for all.

OK it's not a pie, but it's not not a pie. It's like every square is a rectangle, but not every rectangle is a square . . . right? Ignore math lessons and focus on this vegan pie recipe. Or galette. Whatever you want to call it, there's certainly no ignoring the stunning spread of sliced apricot wedges and pitted cherries arranged atop a gluten-free crust.