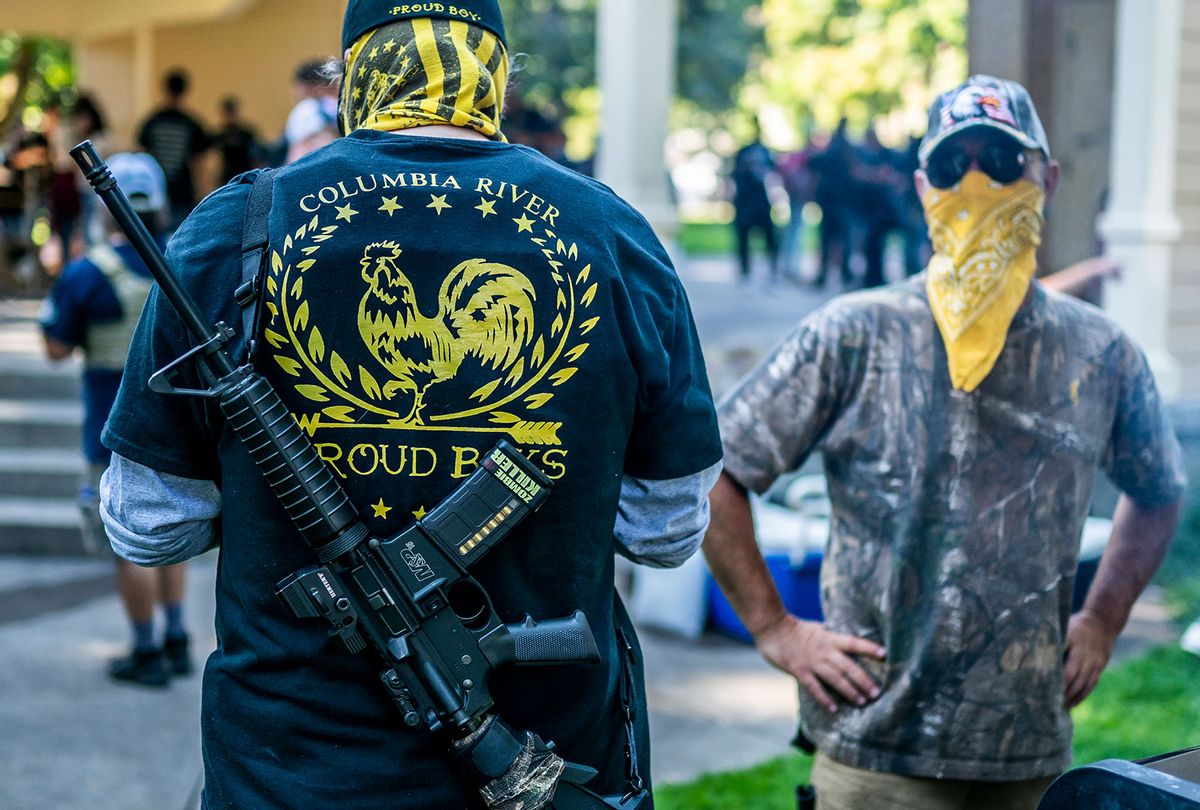 An Arizona man who had allegedly been targeted for surveillance and an assassination plot has been found dead under suspicious circumstances.

Police found the body of Thomas Christopher Retzlaff with "fatal injuries" on Sept. 1 at his El Mirage home while responding to a welfare check requested by his wife, and the Maricopa County medical examiner later ruled his death a homicide, reported Phoenix New Times.

The 55-year-old Retzlaff had been embroiled in an ongoing legal battle with Texas-based attorney Jason Van Dyke, a former Proud Boys member who had served as the right-wing militant group's lawyer, and he was facing prosecution in Maricopa County at the time of his death for alleged identity theft and forgery.

He had previously been convicted of misdemeanor assault against his wife, tampering with government records and a felony weapons offense.

Van Dyke filed a $100 million libel lawsuit in federal court against Retzlaff in 2018 for allegedly calling him a Nazi and pedophile in blog posts, and Retzlaff filed bar complaints against the attorney in an effort to keep him from taking a job as a prosecutor in the Victoria County District Attorney's Office.

Retzlaff's attorney tried to get the libel suit dismissed in March 2020 by accusing Van Dyke of orchestrating an "assassination plot" involving Proud Boys members, and the motion claims the attorney had directly threatened his life on multiple occasions.

"No more lawsuit," he allegedly told Retzlaff. "See you this weekend with my rifle."

"I promise you motherf*cker: if my law career dies, you die with it," Van Dyke wrote in a December 2018 email.

Van Dyke denied the allegations in a court filing, but he admitted to the New Times after learning of Retzlaff's slaying that he had previously fantasized about killing him.

"People asked me, 'Well, did you think of killing him at that time?'" Van Dyke told the outlet. "Well, yes, I did — who wouldn't in that situation? Did that thought pass through my head? Yes. Did I decide ultimately not to do it? Of course."

"Candidly, at that time, I was not in a good state of mind," Van Dyke added. "It was exhausting dealing with this guy."

A judge eventually dismissed the libel without prejudice in November 2020, leaving him with the ability to refile the claim, but Van Dyke denied any involvement in Retzlaff's death and said he had not been in contact with Proud Boys members in recent years.

No arrests have been made in the case, and police said they had not ruled out Van Dyke, Proud Boys members or anyone else who knew Retzlaff as suspects in the case.