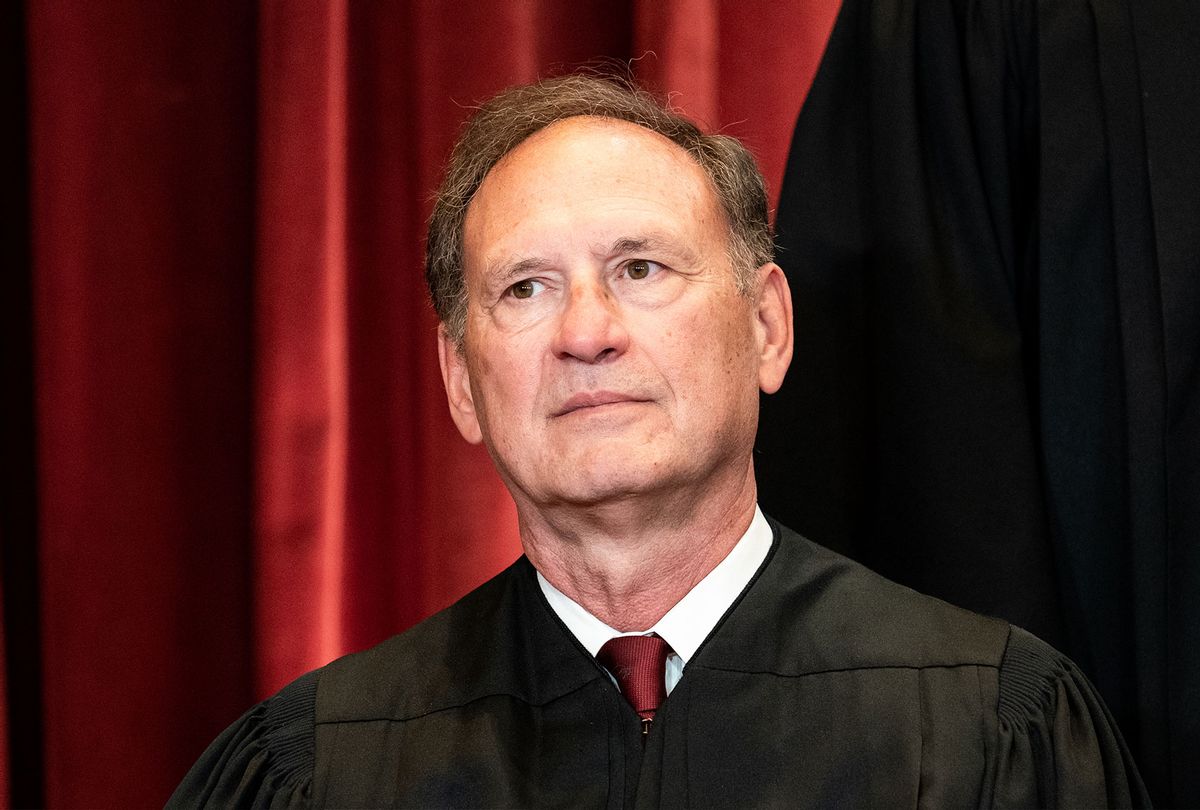 Justice Samuel Alito gave a blistering defense of several of the Supreme Court's recent rulings on contentious cases, including its decision to allow the Texas law banning all abortions after six weeks.

Critics have accused the majority-conservative Supreme Court of abusing the idea of a "shadow docket" over the past few months — an idea which Alito rejected wholeheartedly in a speech at the University of Notre Dame on Thursday.

"The catchy and sinister term 'shadow docket' has been used to portray the court as having been captured by a dangerous cabal that resorts to sneaky and improper methods to get its ways," he said. "This portrayal feeds unprecedented efforts to intimidate the court or damage it as an independent institution."

The "Texas Heartbeat Act" — which the Supreme Court bench declined to block in early September — has been seen as a near nullification of Roe v. Wade. Alito, however, referred to these claims as "false and inflammatory."

"We did no such thing," he said. "And we said so expressly in our order." Quoting from the order, Alito stressed that the ruling was not an evaluation of the constitutionality of the law, but rather that the majority (5-4) made its decision following procedural bases.

In this case, and in other extreme emergency cases, Alito favors a different term to describe the group: the "emergency docket." Much like how first responders, in dire circumstances, do not have the same luxury of careful consideration as a nurse or doctor in a hospital, the Supreme Court could not use its regular deliberation strategies, according to Alito.

"You can't expect the E.M.T.s and the emergency rooms to do the same thing that a team of physicians and nurses will do when they are handling a matter when time is not of the essence in the same way," he explained.

In a dissenting opinion, Associate Justice Elena Kagan wrote that the ruling "illustrates just how far the Court's 'shadow-docket' decisions may depart from the usual principles of appellate process." She added that their decision making becomes more "un-reasoned, inconsistent, and impossible to defend," by the day.

The strict abortion rules that came into effect after the passing of the act, S.B No. 8, was a celebratory moment for conservatives — and a dreaded point for women, abortion activists and practitioners and the left in general.

The restrictions, which took effect on Sept. 1, are extreme. Implementing a cutoff date that is often too early for a person to identify that they are pregnant, the act also follows a "vigilante-style system of policing Texans' right to choose" that punishes nearly everyone involved in facilitating a clandestine abortion  — including the Uber driver. It also does not grant exceptions in cases of rape, incest or sexual abuse.

But all hope is not lost for Texas abortion rights.

Earlier this month, the Justice Department filed a lawsuit against the state of Texas over the law, claiming that it was enacted "in open defiance of the Constitution." Judge Robert Pitman of the U.S. District Court for the Western District of Texas is presiding over the arguments presented by the Justice Department in their plea to block the ban. Meanwhile, the state has been enjoining the court to deny motion and dismiss the case out of hand.

​​"The federal government has not clearly shown that the Texas Heartbeat Act is unconstitutional, that a preliminary injunction would remedy irreparable harm, or that the balance of equities and public interest favor extraordinary relief," the state said in a filing, as reported by NPR.

There is currently no time table for the decision. In the meantime, people seeking abortions continue to travel to neighboring states to evade the harsh laws set out by the state.