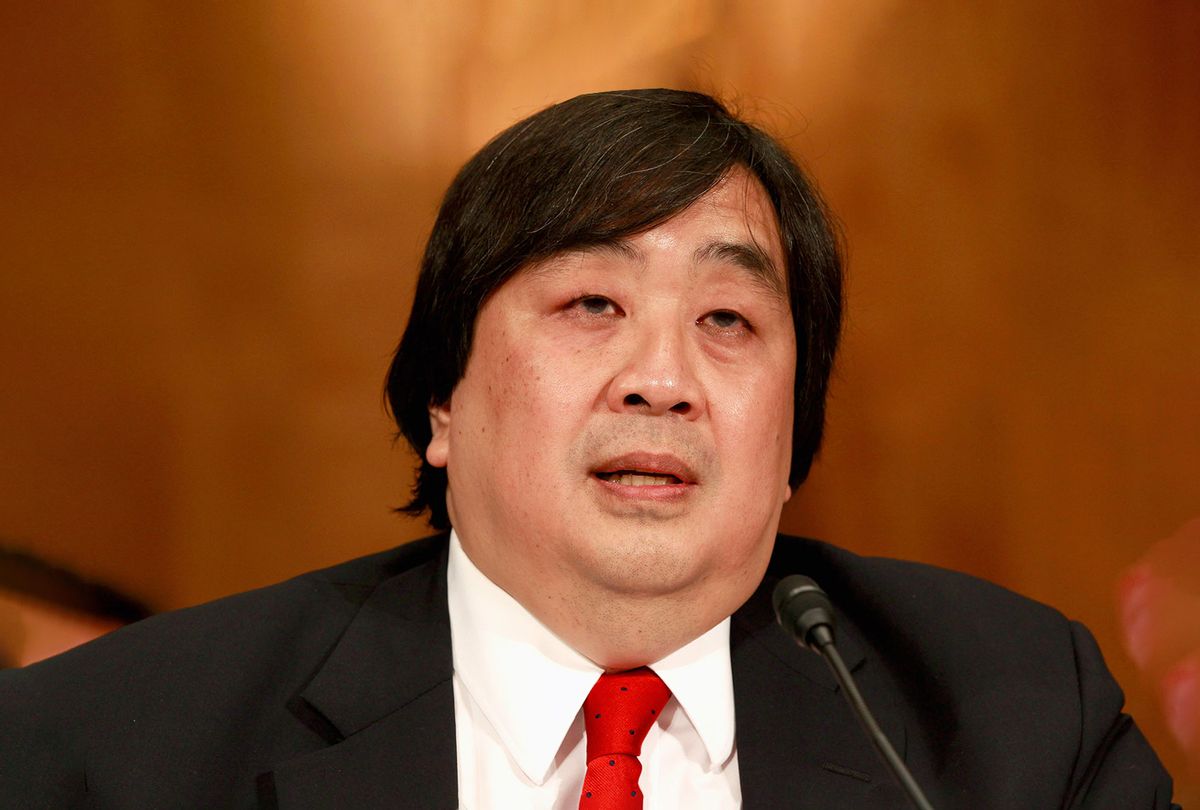 A senior State Department adviser on Saturday ripped President Joe Biden's use of a Trump-era deportation policy as "illegal" and "inhumane" before stepping down from his position.

Harold Koh, a legal adviser at the State Department who also served in the Obama administration, said the Biden administration's continued use of the unprecedented Trump-era Title 42 public health policy, which permits rapid deportation of undocumented immigrants over COVID concerns is "not worthy of this Administration that I so strongly support," in a memo published by Politico.

"I believe this Administration's current implementation of Title 42 authority continues to violate our legal obligation not to expel or return … individuals who fear persecution, death, or torture, especially migrants fleeing from Haiti," Koh wrote after the administration's accelerated deportation of thousands of Haitian migrants. "Lawful, more humane alternatives plainly exist," he added.

Border Patrol data show that nearly 700,000 people have expelled under the policy since February, the month after Biden took office, and more than 91,000 were "forcibly removed" in August alone, Koh wrote, warning that the use of the policy violates federal and international law. The removal of Haitian migrants is particularly "unjustifiable" because the administration in May gave Haitians temporary protected status due to "serious security concerns, social unrest, an increase in human rights abuses, crippling poverty, and lack of basic resources" even before the assassination of President Jovenel Moïse and a devastating earthquake plunged the country into deeper chaos, he said.

An administration official told Politico that Koh was stepping down to take a job at Oxford University in a long-planned departure but would continue in a consulting role to the department. His memo nonetheless underscores the growing acrimony inside the administration over Biden's continued use of Trump's draconian immigration policies, which some officials believe is out of "fear of Republican attacks," according to the report.

"There's a lot of discontent," an administration official told The Guardian, adding that Koh's "views are pretty widespread within the State Department."

Olivia Troye, who served as a top aide to former Vice President Mike Pence, said she resigned last year because of the policy, which she said was hatched by anti-immigration hardliner Stephen Miller.

"That was a Stephen Miller special. He was all over that," she told the Associated Press. "There was a lot of pressure on DHS and CDC to push this forward."

A White House official told Politico that the CDC has determined that the use of the policy is "necessary due to the risks of transmission and spread of COVID-19 in congregate settings."

"We don't see Title 42 as an immigration policy; it is a public health authority because we're still in the middle of a pandemic, and it is determined by the CDC," she told reporters. "It is also true that there are several exceptions for Title 42, including those who are fleeing persecution, who express a concern of fear. It goes through a process. Those who have health issues — those are individuals who go through our immigration proceedings and process. So it remains in place because we're in the middle of a pandemic."

A federal judge last month blocked the administration from using the policy to deport migrant families seeking asylum but an appellate court last week issued a stay of that ruling, allowing the policy to continue while it is litigated.

The policy drew widespread condemnation when it was introduced by Trump as immigration advocates accused the administration of using the pandemic to advance its hardline agenda. But the mass deportation of thousands of Haitian migrants under Biden has prompted renewed outrage from longtime State Department officials.

Daniel Foote, the administration's special envoy to Haiti, resigned last month in protest of what he called the "inhumane, counterproductive decision to deport thousands of Haitian refugees."

Psaki told reporters after the resignation that Foote had "ample opportunity to raise concerns about migration during his tenure" but never did. Foote said in a letter to Secretary of State Antony Blinken that his "policy recommendations have been ignored and dismissed, when not edited to project a narrative different from my own."

Numerous Democratic lawmakers leaped to Foote's defense. Rep. Yvette Clark, D-N.Y., lamented that Foote's "opinions and knowledge of what was taking place was not incorporated into the decisions." Rep. Maxine Waters, D-Calif., similarly criticized the administration for ignoring the veteran diplomat, and expressed sharp disapproval of the recent treatment of migrants at the Mexican border, where videos have shown border agents on horseback swinging their reins at migrants.

"I am demanding that this detestable behavior be stopped immediately," she told Politico.

Biden last week said the images of border agents abusing migrants were an "embarrassment," "dangerous" and "wrong." The Department of Homeland Security temporarily barred agents from using horses to patrol the border at Del Rio, Texas, where many of the Haitian migrants have sought to enter.

Koh in his memo urged the administration to suspend all Title 42 flights, "especially" to Haiti, and to better screen asylum seekers for fear of persecution.

"Our recent efforts to assist tens of thousands of vulnerable Afghans show the best that the United States can do to protect individuals at risk in a crisis," he wrote. "Yet our actions and approaches regarding Afghan refugees stand in stark contrast to the continuing use of Title 42 to rebuff the pleas of thousands of Haitians and myriad others arriving at the Southern Border who are fleeing violence, persecution, or torture."

EDITOR'S NOTE: A previous version of this story referred to border patrol agents using "whips." An original source for that claim subsequently issued a correction, noting, "Our reporting team witnessed at least one agent on horseback swing his reins like a whip. We have updated the story to clarify that fact since it was not an actual whip." This article has been updated to reflect that correction.