One America News receives almost all of its funding from AT&T, Reuters report reveals 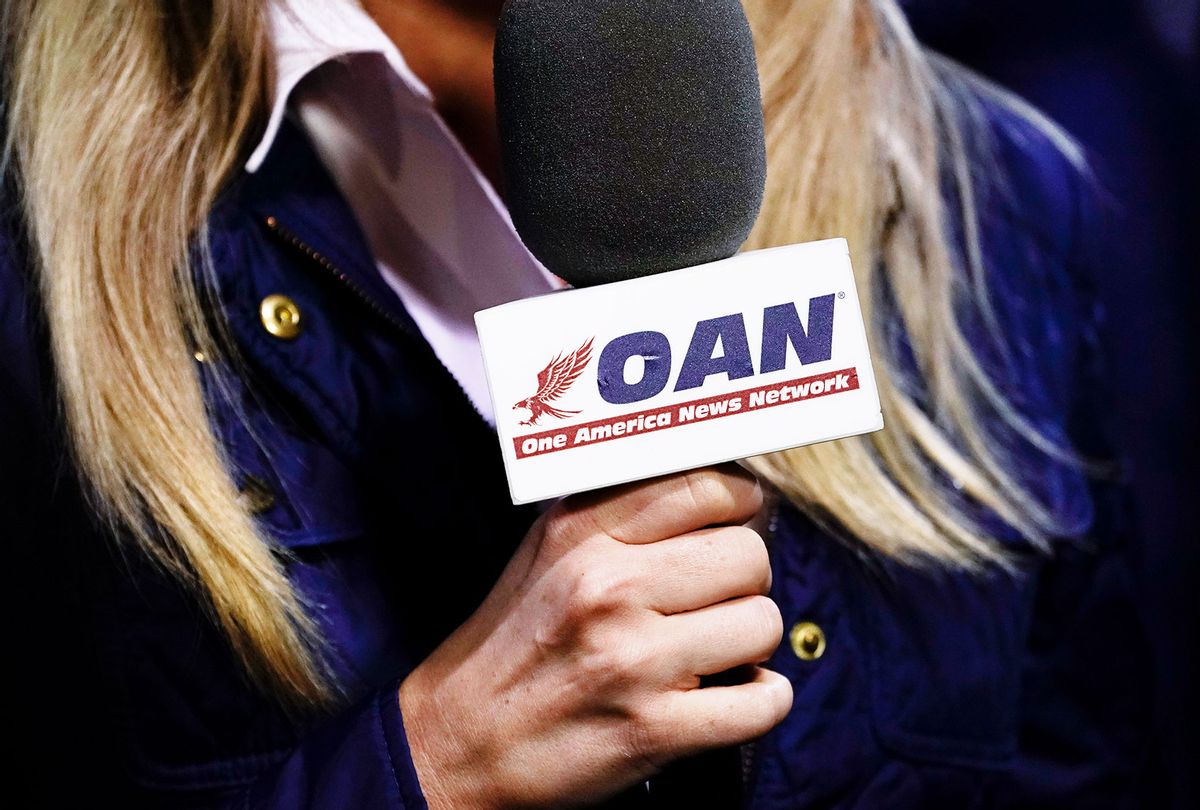 One America News Network (OANN), a far-right news network that continues to provide an unwavering platform for Donald Trump's baseless claims of election fraud – is overwhelmingly bankrolled by AT&T according to a bombshell Reuters report from Wednesday.

The revelations stem from court documents, obtained by Reuters, that shed light how OANN was founded and has been maintained. Back in 2019, the company's founder Robert Herring Sr. reportedly revealed in a deposition that the impetus for OANN was originally inspired by AT&T executives.

"They told us they wanted a conservative network," Herring reportedly recalled. "They only had one, which was Fox News, and they had seven others on the other [leftwing] side. When they said that, I jumped to it and built one."

Reuters reported that since the OANN's origin in 2013, AT&T has proven a "crucial source of funding" for the network, providing OANN with millions in revenue to ensure the channel stays afloat. Especially a boon to OANN was its contract with satellite service provider DirecTV, which is also owned by AT&T. An AT&T filing indicates that the company distributed $57 million in monthly fees to OANN, though this figure was rejected by Herring. Herring reportedly testified that he was at one point offered $250 million for OANN, whose value he said "would be zero" absent the channel's deal with DirecTV.

On Wednesday, AT&T, which owns CNN, denied any financial affiliation with the OANN, saying in a statement: "AT&T has never had a financial interest in OAN's success and does not 'fund' OAN."

"When AT&T acquired DIRECTV, we refused to carry OAN on that platform, and OAN sued DIRECTV as a result. Four years ago, DIRECTV reached a commercial carriage agreement with OAN, as it has with hundreds of other channels and as OAN has done with the other TV providers that it carries on its programming," the company added.

Though founded eight years ago, OANN became a major source of news for right-wing Americans during Trump's candidacy in the 2016 presidential election. It has been described as the former president's "favorite" news network, with Trump at one point saying that it covers topics that other media are too "afraid to show."

Following the 2020 election of President Biden, the network served as a platform for Trump and his allies to promulgate the former president's baseless conspiracy that the election had been "stolen," often featuring the likes of MyPillow founder Mike Lindell and ex-Trump attorney Rudy Giuliani – both of whom appear to be in financial straits amid litigation.

In August, OANN became the subject of a $1.6 billion lawsuit filed by voting systems company Dominion, alleging that the far-right channel "helped create and cultivate an alternate reality where up is down, pigs have wings."

During Trump's now-failed audit of the Maricopa County election, OANN allowed two of its reporters to raise money for the effort. A number of producers anonymously objected to the move as an ethical lapse, according to Reuters, but said that it "did not surprise them."