How Ron DeSantis' COVID bans could get Harry Styles tripped up 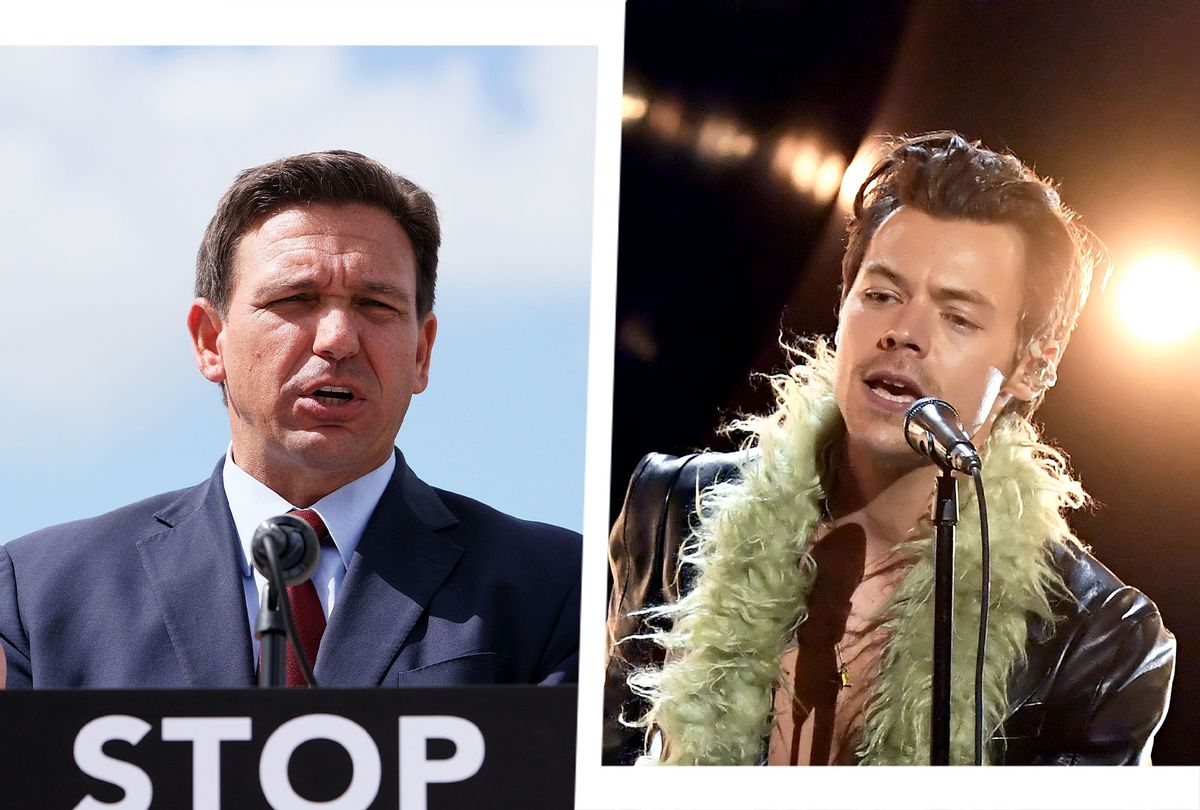 Pop singer Harry Styles is under investigation in Florida for holding a concert in violation of a state rule established by Florida Gov. Ron DeSantis that bars the use of COVID-19 "passports."

The probe, first uncovered with a records request by The Orlando Sentinel, is being led by the Florida Department of Health, which is apparently scrutinizing roughly 120 venues, businesses, and government entities alleged to have flouted the state's new law. The ban was first enacted back in April by DeSantis, who claimed that failing to do so would "create two classes of citizens based on vaccinations."

"Individual Covid-19 vaccination records are private health information and should not be shared by a mandate," the governor said at the time. "It's completely unacceptable for either the government or the private sector to impose upon you the requirement that you show proof of vaccine to just simply be able to participate in normal society."

Last month, the Republican governor approved a law that slaps a $5,000 fine on businesses  that require customers to show proof of their vaccination. (The fine applies to every single Floridian that is turned away.) That policy, currently being challenged in court, directly contravenes President Biden's recent federal vaccine mandate for corporations with 100 or more employees.

Joining Styles on the state health department's list is the government of Orange County, the Orange County Convention Center, AT&T, Starbucks, Equinox, the House of Blues, the Disney Cruise Line, and the Amway Center, which hosted Styles' concert last month. At the event, Styles implemented a policy allowing attendees to show proof of vaccination or a negative test, according to The Orlando Weekly. Both options, however, apparently constitute violations of state law.

News of the probe comes amid Tuesday's state fine of Leon County, which earlier this month sacked fourteen government employees for failing to receive the vaccine. The county was summarily fined over $3.5 million by the Florida Department of Health, which called Leon's move a "blatant violation of the law relating to the ban of vaccine passports in our state." Leon County Administrator Vincent Long said in a statement that "the governor's position in this instance unfortunately appears to be less of a public health strategy and more about political strategy."

Late last month, Florida saw a peak average fatality rate of 445, with hospitalizations reaching more than 17,000 in August, according to The New York Times. These figures have precipitously fallen in recent weeks.