This company's oat milk flour is gaining a big following — and it it helps fight food waste, too 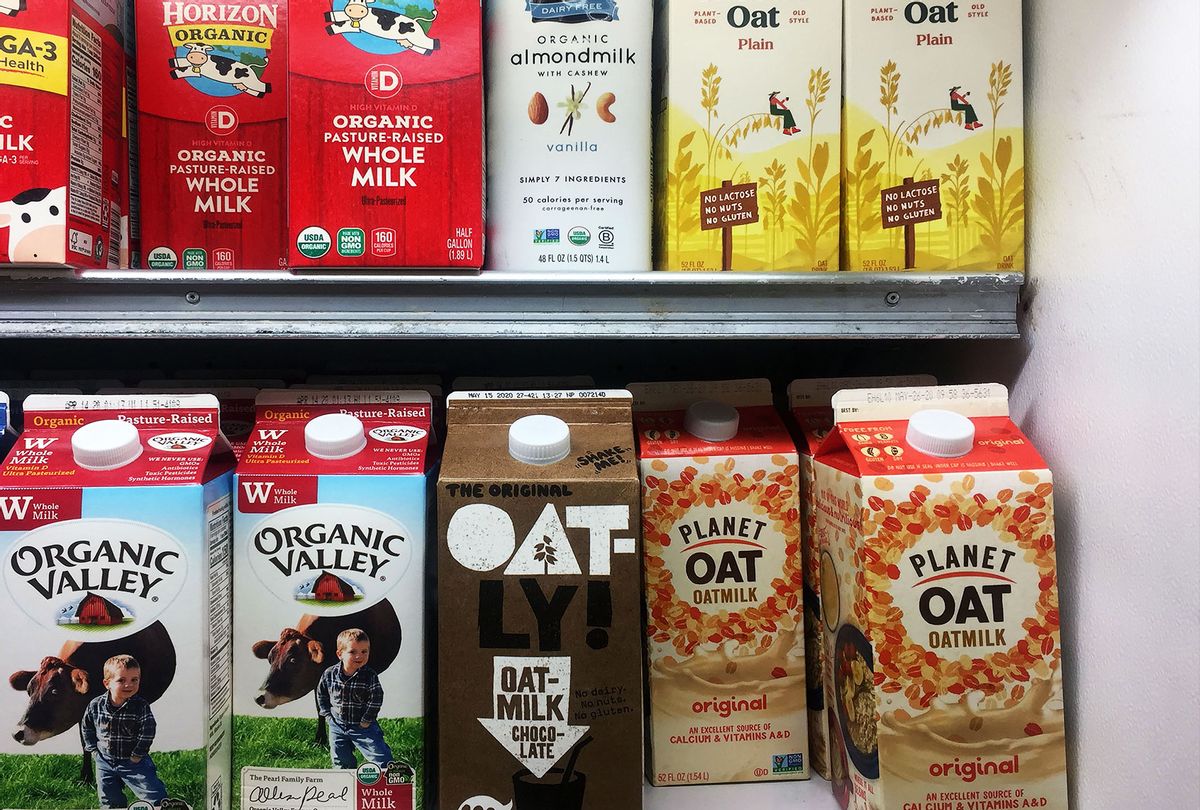 "Dregs" is such an unappealing word. But the dregs are exactly what Renewal Mill prizes. This Oakland, California–based business is all about upcycling and repurposing food by-products from waste streams; a rescue mission, if you will, that starts with the smallest scrap of food not going into the garbage.

One and a half billion tons of food waste are generated globally annually, enough to feed more than 2 billion people each year. But when Claire Schlemme co-founded Boston's first organic juice company, Mother Juice, in 2012, this fact wasn't even on her radar. Schlemme, who studied environmental management at Yale, swiftly found herself face-to-face with mountains of fruit and vegetable pulp. "Nutrition was going to waste in all of that pulp — we did our best to repurpose into muffins, and even sold the scraps to different outlets, but it was outside the core of what we were building," she says.

In the summer of 2018, the year Renewal Mill began, Schlemme met Caroline Cotto in a canoe in Minneapolis during a food conference. A nutrition and human-health worker from Washington, D.C., Cotto spent time as an intern for Michelle Obama's Let's Move! initiative at the White House. Paddling together in the middle of a Midwestern lake, the women knew they shared the same vision: Saving food meant feeding people. Today, they are leading the charge to repurpose ingredients like okara, aka soy pulp or tofu dregs, and oat milk pulp, turning them into climate-change-fighting, gluten-free flours. (Their first ingredient was accidentally gluten-free, and they decided to build the rest of their portfolio that way.)

The first of Renewal Mill's products came from a meeting with Minh Tsai of Hodo Foods, a soy product producer in Oakland that makes tofu and yuba — but only 40% of the soybean mass was making it into their final products. "That meant 60% didn't have a home," says Schlemme, who was intent on finding a use for it. Okara is the sediment left over after puréeing soybeans to make soy milk, and it is very perishable. It's often found in the foods of Japan, Korea, and China. In Japan, unohana, or sautéed okara, is a traditional dish that's simmered in soy sauce and mirin with shiitake mushrooms, seasonal vegetables (like carrots and burdock root), and seaweed — and is, for lack of a better word, pulpy. It's often served as an otoshi, a free starter that comes with your first drink in an izakaya; but outside of these cuisines and regions, okara is widely used as livestock feed, or in fertilizer and compost, for its rich nitrogen content.

In Japanese, the word mottainai implies regret over wasting any part of a piece of food — even if it's not the part one normally eats. Okara is two-thirds fiber, and holds a hefty amount of protein. Renewal Mill dehydrates and mills these dregs to make a grain-free flour that's shelf-stable and works well as a 1:1 substitute for coconut flour (as it's similar in absorption and texture). The company says their okara flour can be subbed for around 15% of all-purpose or other flour in a recipe, but can differ based on each recipe.

With a very neutral flavor, the okara flour is able to step into the background, while giving an unassuming nutrient boost. And it's easier on the environment, as per a life cycle assessment (LCA) analysis of Renewal Mill's ingredients compared to more traditional flours like wheat and rice. "Our flour has 40% of the carbon footprint," says Schlemme. And 50% of a soybean's carbon footprint comes from growing it in the first place, so why waste that?

Schlemme and Cotto knew it was scientifically viable; they just needed help convincing the culinary world. For this, they enlisted famed cookbook author Alice Medrich, who had recently published her cookbook "Flavor Flours," which highlights wheat-flour alternatives like rice, oat, corn, sorghum, teff, and more. "Upcycled flour is a whole new and exciting frontier. This is part of the future," says Medrich.

Medrich created a line of ready-to-bake mixes for Renewal Mill that are as simple as "just add oil and water." She began with the classics: chocolate chip, sugar, and snickerdoodle cookies, and brownie mixes (all which happened to be vegan, too). "Baking mixes give a first step to the final product," says Schlemme. In playing around with the products, Medrich was inspired by how the high fiber content of the flour absorbed water so quickly that it translated into a fluffier texture than other gluten-free flours, which often compact the crumb.

Okara flour isn't just for sweet baking applications. Medrich has also played around with savory breads, crackers, naan, pancakes, and even pizza dough. She finds the flour adds a subtle umami-like richness. "The quality of gluten-free baking improved once real chefs and pastry chefs got involved with what used to be called 'alternative' flours. I want to see that happen with upcycled flours as well," says Medrich.

Other bakers, such as Joanne Chang of Flour Bakery in Boston, who often experiments with gluten-free baking, have considered adding okara flour treats to their menus, as well. Chang and her executive pastry chef, Jessica Morris, have been testing the possibility of using the flour in their flourless brownies, or even their vegan chocolate cake. "The idea of adding protein and fiber is great," says Morris, who notes that the higher absorption rate of okara flour just takes some testing and tasting to adjust for the liquid in recipes. Renewal Mill also worked with Tia Lupita, a San Francisco–based Mexican food company, to incorporate okara into their grain-free tortillas and chips.

Riding on the massive success of oat milk, Renewal Mill has also seen a big following for its oat milk flour. Though it's similar in taste and texture to regular oat flour (which is made from ground oats), it is much thirstier in formulation — and doesn't have a direct 1:1 substitution like okara with coconut; Medrich suggests it's best to start by subbing in 25%, and work from there. Now, Renewal Mill says top oat milk companies are clamoring to partner with them. "The oat milk flour is really unique, to be honest," says Cotto. "It's around 50% protein — or 31 grams of protein per 1/2 cup — which makes it more akin to something like a pea, pumpkin seed, or sunflower seed protein than another flour in the baking aisle."

"The alt/gluten-free segment of the flour market is growing fastest," adds Cotto, "It's not a second-tier choice anymore." And while both of Renewal Mill's flours fight climate change and global food loss by turning by-products into healthy ingredients and premium plant-based pantry staples, it's Renewal Mill's community that may be even more important. Schlemme and Cotto also helped start an Upcycle Food Association, which "supports research initiatives that help to understand how to leverage upcycled food to maximize food waste reduction." It has grown from nine companies to more than 200 worldwide, and is building a more sustainable food system for the future — creating a production certification program that launched on Earth Day. Whole Foods named this movement as a top 10 trend for 2021. As Cotto adds, "when consumers see the seal, it helps fight food waste — and doesn't waste time to let them know they're cooking with something good for them, and the environment."