Why is Biden failing? His tightly controlled relationship to the media might be worse than Trump's

While the president doesn't call us enemies of the people, he's walled off by advisers who won't let him talk 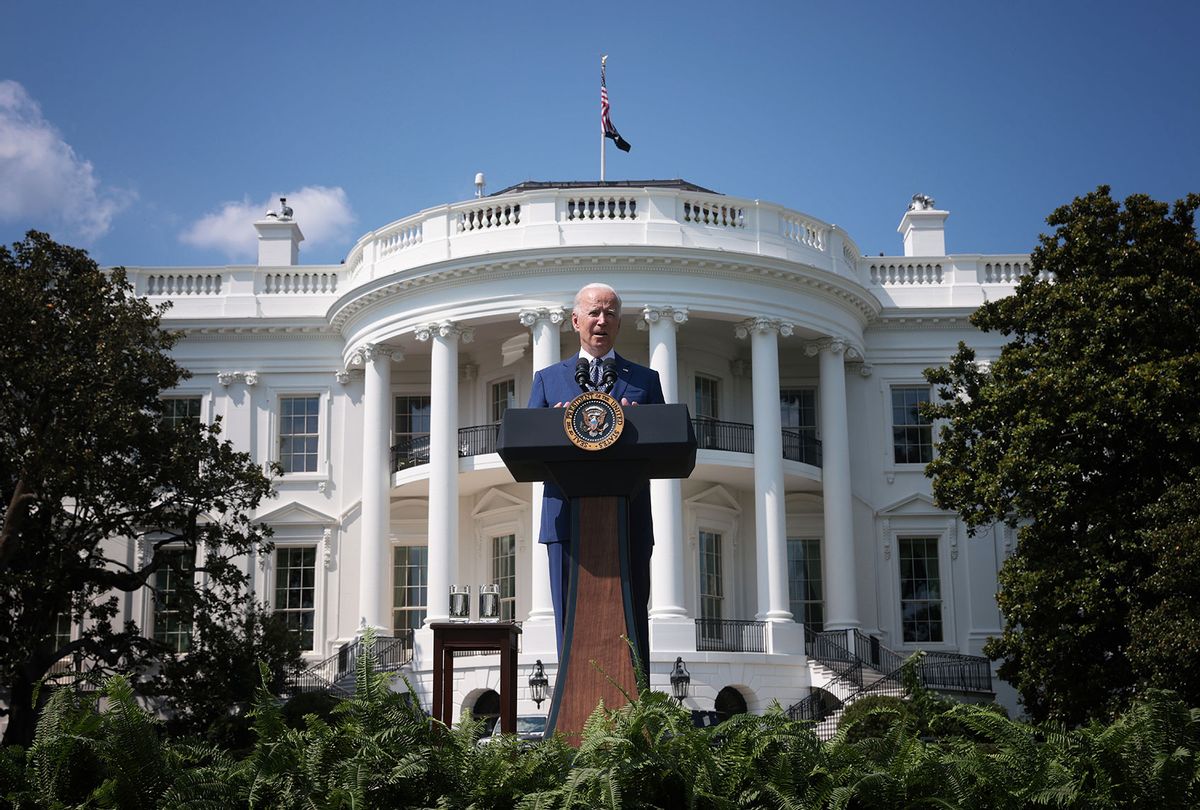 The mood has changed at the White House.

The White House press corps, thrilled to have fewer death threats, happy to have a return to daily briefings that don't include unending rancor and drama, and set at ease by a new president who doesn't routinely refer to reporters as "fake news" or the "enemy of the people," was at first very happy with Joe Biden.

Briefings are helpful. But covering the press secretary is not the same as covering the president. The president needs to answer questions before the press. A full press corps needs to be present on a regular basis to see if the president can handle the rigors of his job. Biden has conducted just one press conference in the White House since taking office — and because of COVID restrictions that was before a small number of pool reporters.

Meanwhile, the Brady briefing room has reopened and there are often more than 60 people in a room that only seats 49. The East Room, the site of many previous presidential press conferences and the largest room in the White House, has not totally reopened. We are routinely told that pandemic restrictions limit the number of reporters allowed there (fewer than allowed in the Brady Briefing Room), and thus the White House continues to conduct lotteries for access to the East Room, with no transparency about who they choose to be there when the president speaks.

Last Friday, Biden spoke twice to the press, taking no questions. The first time was in the Eisenhower Executive Office Building's auditorium — which can easily seat a hundred reporters, even with social distancing. The second time, Biden spoke from the North Lawn in front of the East Room — outside.  Later that day, Biden opened another outside event to any reporter on campus, but the speech in the North Lawn was again limited because of "COVID restrictions."

That was just a lie.

If you ask any reporter or technician who's covered more than a couple of administrations, you'll find that the Biden administration is routinely described as "very strange" and "controlling." This administration clearly does not want us to observe or interact with the president in a regular and robust fashion.

One of the things we notice is the president's health. During his two meetings in front of cameras on Friday, I noticed Biden coughing and sniffing. I didn't suspect anything nefarious, but he's a man in his late 70s, and the people he represents have a right to know whether he is healthy. I can make no independent observation because I rarely get to see him. But noticing his behavior Friday, I asked press secretary Jen Psaki if she could address any concerns before someone blew it out of proportion. She informed me he had allergies.

Then late Friday afternoon the open press gathered for Biden's departure. A wrangler brought us through the Palm Room doors. We walked adjacent to the Rose Garden in time-honored fashion, approaching the rope line behind which we would stand and watch Biden take off in the presidential helicopter.

As I walked down the sidewalk toward the rope line, I glanced to my right, as did a few other photographers. We saw the president with service members, spouses and their children in the Rose Garden. This was quite by happenstance. It was unplanned. I know this because the Secret Service was telling us to stay put where we were, while Biden's wranglers were trying to move us behind the rope line, out of sight of the president.

I listened to the guys who carry the guns and I stayed put. That's when Biden walked toward me and presented me with a unique opportunity to get a photograph of him speaking with children. I tweeted out the photo a few minutes later:

More than two million people have seen this tweet, and more than 380,000 have interacted  with it. This is exactly why the president should want more interaction with the press and not less, as his inner circle preaches.

It isn't always about the questions or the answers. Sometimes it's about seeing the president as a human being, and being able to relate to him. People want and need that. For some people, that feeling means more than the president's policy decisions. More importantly, sometimes it will get voters to accept policy decisions they otherwise would oppose. People want to connect with their president and see him as human — as a part of their family or a friend.

If the White House doesn't humanize the president he's seen as cold, aloof and uncaring. He's going to get criticized either way; both Trump and Biden were praised and criticized for their interaction with children at the White House. But I guarantee you the American people have a strong need to identify with their president.

The Biden administration says he interacts too much with the press. Media critics denounce us for asking stupid, uninformed or meaningless questions — so why should we have access?

I don't believe there are any bad questions. The story of the young reporter who asked a "stupid question" to former First Lady Betty Ford stands out. He asked her if her children had ever smoked pot. Most of the veteran reporters thought that was a stupid question until she answered: "Yes." You never know what someone will say in answer to your question, so as the late, legendary Helen Thomas often reminded me, just ask the question. That way they cannot deny they've ever been asked it.

I may not like everything others ask, but it's not my job to judge. My job is to find out what the president of the United States is doing. He wants to put his best foot forward and I want to see if he's really doing what he claims he is. There is a natural tension there.

Trump responded by trying to kick out the press; he pulled my press pass, as well as Jim Acosta's, and made it as uncomfortable as possible to be at the White House. Biden embraces the press, but is far more limited in his interactions with us — making him every bit as frustrating professionally as Donald Trump, although so far he's been far less personally annoying.

But the honeymoon is indeed over. Press pundits and analysts are all talking about how badly Biden is doing. This is in large part because he doesn't connect with people — because the White House staff doesn't let him. His communications team strictly limits his appearances, and therefore the administration comes off as arrogant, elitist and controlling. The photo I tweeted and the responses to it show, without a doubt, that a lot of people want to respond to Joe Biden favorably.

A wrangler told me they don't want me near the president. I responded that he always answers my questions when I am — and was told that's exactly why they don't want me there. The staff is afraid of what some of us will ask him, and what his responses will be. One byproduct of this that's invisible from the outside is that by making the press pool and a few others feel special by their proximity and access, the Biden administration has been far more successful in stifling free speech than Trump ever was with his bullying.

Bullying is easy to fight back against. A smile, a warm embrace and a stiletto in the back is a little more difficult to counter.

Only 10 percent of voters, according to a recent CBS poll, can tell you what's in the president's Build Back Better agenda. Paid family leave? Child tax credits for the working class? Lower prescription drug prices? Few seem to know. That is also the byproduct of limited interaction with the public. While many Trumplicans would probably support a lot of Biden's agenda, the president's decline in popularity polls and the fact that many Americans don't even know what he is actually proposing are contributing to a renewed interest in Donald Trump and what's left of the Republican Party as we head into a crucial midterm election cycle.

"The best hope for the rational remnants of the GOP is for us to form an alliance with Democrats to defend American institutions," write Miles Taylor and Christine Todd Whitman, both Republicans, in a guest essay for the New York Times.

As it turns out, Republicans are better at messaging than Democrats — even when they support the Democrats.

The threat of fascism in this country has grown since Donald Trump's loss last November. He has solidified a movement that sees itself as both victor and victim.

And every single day, Joe Biden and the Democrats show they still have a long way to go in countering this slow-moving coup.