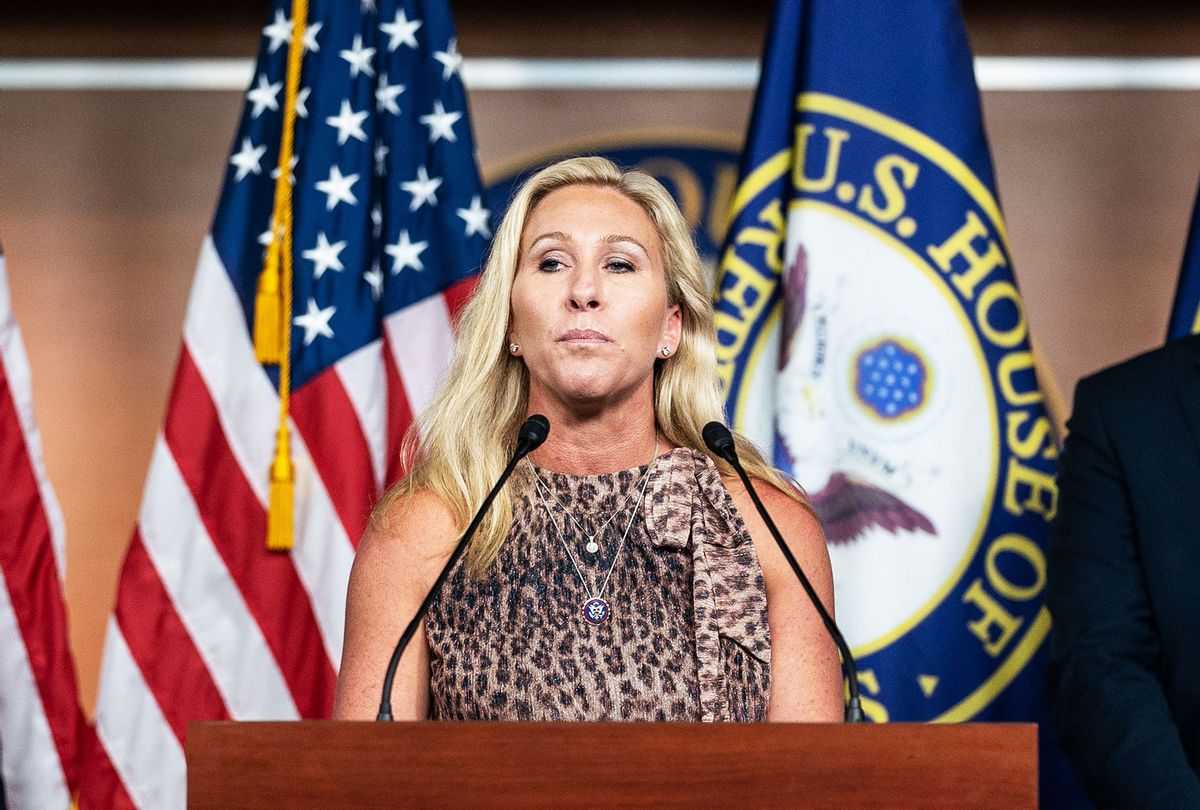 Rep. Marjorie Taylor Greene, R-Ga., the first-term congresswoman who has repeatedly spread Donald Trump's baseless claims of voter fraud in the 2020 presidential election, was apparently dismayed to learn that 4% of her state's electorate said they "won't even vote" in future elections due to that very "fraud."

"I recently conducted a poll on Georgia's elections and if my constituents felt their votes would count during a teletown hall," she tweeted on Monday. "Sadly, 4% said they won't even vote due to voter fraud. This is WRONG. Legal votes by Rs are just as important as stopping illegal ones."

Greene, who is up for re-election in 2022, has extensively supported Trump's efforts to overturn the election. Back in September, she declared – without evidence – that the former president "won Georgia," later calling for an official audit. In May, Greene also threw her support behind the GOP-backed election recount of Maricopa County, Arizona, which just weeks ago found that President Biden beat Trump by a wider margin than originally reported.

In a series of tweets, Greene also noted that Republican Gov. Brian Kemp would have lost the gubernatorial election against progressive voting rights activist Stacey Abrams if just 4% of the Georgia GOP electorate opted out of voting.

"Combine that with mass absentee ballot harvesting and Rs never win again in Georgia," the conservative lawmaker added, taking issue with the practice of ballot harvesting. Ballot harvesting is the process by which third parties, like volunteers or election workers, gather ballots for voters instead of having voters submit the ballots themselves.

Last week, Trump appeared to lend credence to Greene's concerns around non-voting within the GOP base.

"If we don't solve the Presidential Election Fraud of 2020 (which we have thoroughly and conclusively documented)," he said in a statement, "Republicans will not be voting in '22 or '24. It is the single most important thing for Republicans to do."

Trump's remarks came just hours after a state judge dismissed a Trump-backed lawsuit alleging fraud in the Peach State, according to The Atlanta Journal-Constitution. The decision dashed Republican hopes of the state conducting an official audit any time soon.

"This lawsuit was the result of the Big Lie, which is nothing more than a meritless conspiracy theory being spread by people who simply cannot accept that their side lost," Robb Pitts,, chairman of the Fulton County Board of Commissioners, said in a statement. "Its defeat here today should echo throughout the nation."

Greene defeated her opponent by an approximate 50% margin in the 2020 House races, so it remains unlikely she will be ousted next year, even if she loses 4% of her voting bloc.