New Jersey hit hard by COVID and climate change — so why is the governor's race about nothing?

The Garden State faces flooding, inequality and a health care emergency — but the campaign's about two white guys 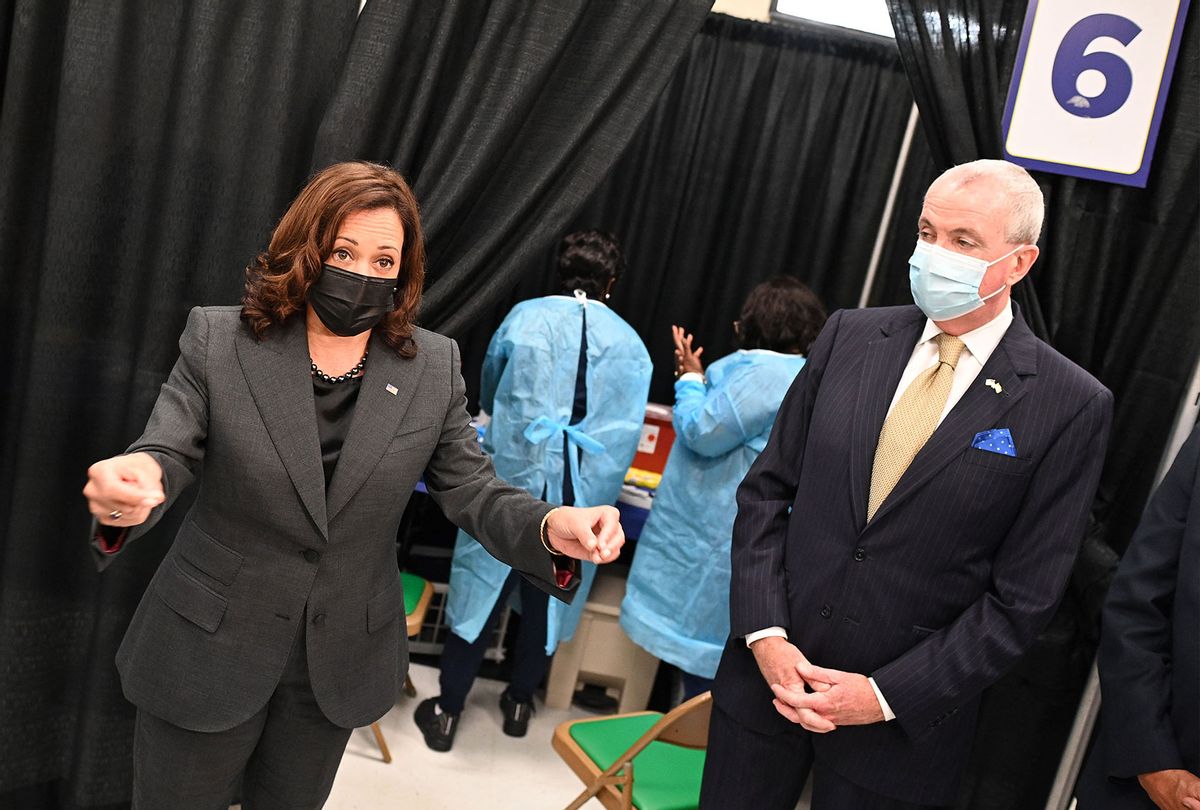 To this point, the governor's race in New Jersey — while not drawing even one-tenth of the media attention as the race a few hundred miles south in Virginia — has been about everything other than the real-world circumstances of the Garden State's millions of residents.

The debased multi-billion-dollar slugfest between Democratic Gov. Phil Murphy and former Republican Assemblyman Jack Ciattarelli has been all about what's wrong with these two privileged candidates, and not at all about the huge percentage of the electorate both parties have failed for generations.

Between the millions in taxpayer money and the millions from outside national groups, this high-priced non-therapeutic mud bath is mired in a fixation on the past of two white guys. There's been very little discussion of the future of this state, which for the past year and a half has suffered through a mass death event that has inordinately affected poor people of color. They are most often the "essential workers" in one of the richest states in the nation, where many white residents had the luxury of "sheltering in place" in sprawling suburban homes.

We've known about these brutal race-based inequities for decades. After the 1967 civil disturbance in Newark, the Lilley Report, commissioned by then Gov. Richard J. Hughes, noted the connections between poverty and race-based health care disparities and outcomes in the state's largest city.

Among the statistics the report laid out to describe Newark's endemic poverty: The city had the highest maternal and infant mortality rate in the nation and the highest rate of tuberculosis infection, and ranked ninth out of 302 American cities in severity of air pollution.

A half-century after that report, the COVID pandemic has driven home the enduring nature of those same race-based economic and health care disparities, which continue to define Newark, our state and the entire nation.

In the decades since, we have systematically undercounted the number of New Jersey residents struggling in the margins of poverty, in a state with one of the highest costs of living. According to a report released in July by the Legal Services of New Jersey's Poverty Research Institute, the federal measure we use to determine the number of people in poverty undercounted that population by more than two million.

Under that official measure, informed by an outdated one-size-fits-all federal formula, a family of four is only poor if they make less than $21,000 a year, which means that just 800,000 New Jersey residents are poor.

"They would be left with $3,275 annually, or $273 a month, to meet other essential needs like food, transportation, health care and taxes, according to the researchers," the Asbury Park Press reported when the report was released.

Calculating the actual cost of living in New Jersey, the advocacy group calculated the poverty-level survival wage for a family of three would be $70,372 a year. Under that more realistic calculation, at least three million New Jersey residents struggle financially week to week to make ends meet amid the pandemic.

If democracy is supposed to be an effective exercise in self-determination, it needs to be one of honest self-reflection about the socioeconomic conditions of people who live in a state currently mulling its leadership options.

But there has been nowhere near enough attention to how our state's long standing racial disparities in health care and wealth inequality have helped drive its per-capita COVID death count to the highest in the world — until we were recently eclipsed by Mississippi.

As the pandemic appears to ease, we need to discuss how best to support the families of the 27,000 people who have died in New Jersey, many of them health care professionals, first responders, civil servants, transit workers and retail personnel who were exposed to the virus as a direct consequence of their commitment to serve our communities.

There are well over one million people in our state who have survived an infection with this virus, which we still know relatively little about. A substantial portion of these people are either essential workers or their family members. Based on preliminary health studies, we have reason to believe that as many as one in four of these people will suffer long-term consequences of varying severity — the long-lasting aftereffects of a virus that has now killed more Americans than the Spanish flu outbreak of 1918-1921.

Many of these families who are the arms and legs of our essential workforce are undocumented immigrants, and even now have to look over their shoulders in fear — not just of the virus, but of our cruel and dysfunctional immigration system.

We know that this pandemic was particularly hard on women, who have lost perhaps a generation of economic progress because two million of them were pushed out of the workforce to help educate their children at home, too often while caring for a loved one afflicted with the virus.

Under our current system, their families will be economically deprived in the short term, and they themselves will also feel it later, when they reach retirement age and their lost earnings will be reflected in anemic Social Security payments.

Even as we dealt with the pandemic, New Jersey and New York were hit with the unprecedented drenching rains brought by Tropical Storm Ida, itself an artifact of climate change. Many of those who died in our region were living in substandard basement apartments in urban immigrant neighborhoods.

As we look forward to the holidays, the financial press is filled with reporting on how our inadequate transportation infrastructure is driving price inflation: Consumer demand is returning, but we don't have the capacity to move the goods they're ordering. By every measure, we remain a "Stuck Nation."

President Biden's $3.5 trillion Build Back Better agenda seeks to offer a 21st-century version of the New Deal advanced by Franklin D. Roosevelt advanced. It includes a long overdue realignment of our system of taxation, which has promoted global wealth accumulation by a tiny handful of billionaires.

Thanks to the ongoing obstructionism of Republican insurrectionists and Democratic Sens. Joe Manchin and Krysten Sinema, who remain captive to big donors, this lifeline — which aims to address so much of what's upside down in America — is in big trouble.

Most of the news media coverage of this issue has focused on entirely on Democratic infighting and on whether Biden can deliver on their ambitious agenda, and not why it's about our collective survival.

One stellar exception was the interview that WNBC's Brian Thompson conducted with Vice President Kamala Harris during her recent visit to New Jersey, partly as a boost to Gov. Murphy's campaign.

"Let's be clear, the Build Back Better agenda is about helping families and helping working people in America," Harris said, describing those people as those "who for too long have been trying to get through the end of the month without really the kind of help they need." The vice president also made clear that the child care issue isn't just about greater convenience and flexibility for working mothers and families, as crucial as that is: "It's about saying, let's bring down the cost of child care but also pay child care workers their value and pay what they deserve when it comes to their profession."

Harris' language suggests that the Biden team understands where we are, a year and a half into this once-in-a-century health crisis. "If this pandemic did nothing," Harris told Thompson, "it certainly highlighted the importance of all working people being able to stay home and take care of sick family members and not compromise their ability to pay their rent to do it."

It would have been useful if such questions had ever come up in last week's gubernatorial debate between Murphy and Ciattarelli — for example, if they'd been asked about addressing climate change, perhaps the most important element of the Build Back Better package.

"The climate crisis is real," Harris said. "It is something that has been highlighted every day when you look at the hurricanes, you look at floods, you look at California wildfires. New Jersey has been extraordinarily damaged by these extreme climate conditions and we need to invest in a number of things that will not only mitigate the harm but allow for adaptation and allow us to reduce the damage to our atmosphere that is contributing to these extreme weather conditions. That includes investing in the jobs that are about creating a clean energy economy."

"That's a very big part of our Build Back Better approach—understanding we have to reduce our reliance on fossil fuels," the vice president continued. "There's no question about it. It is the thing that will allow our planet to live longer and we as a species to live longer. It's that basic."