This tomahawk-wielding QAnon sympathizer is terrorizing school board meetings: report 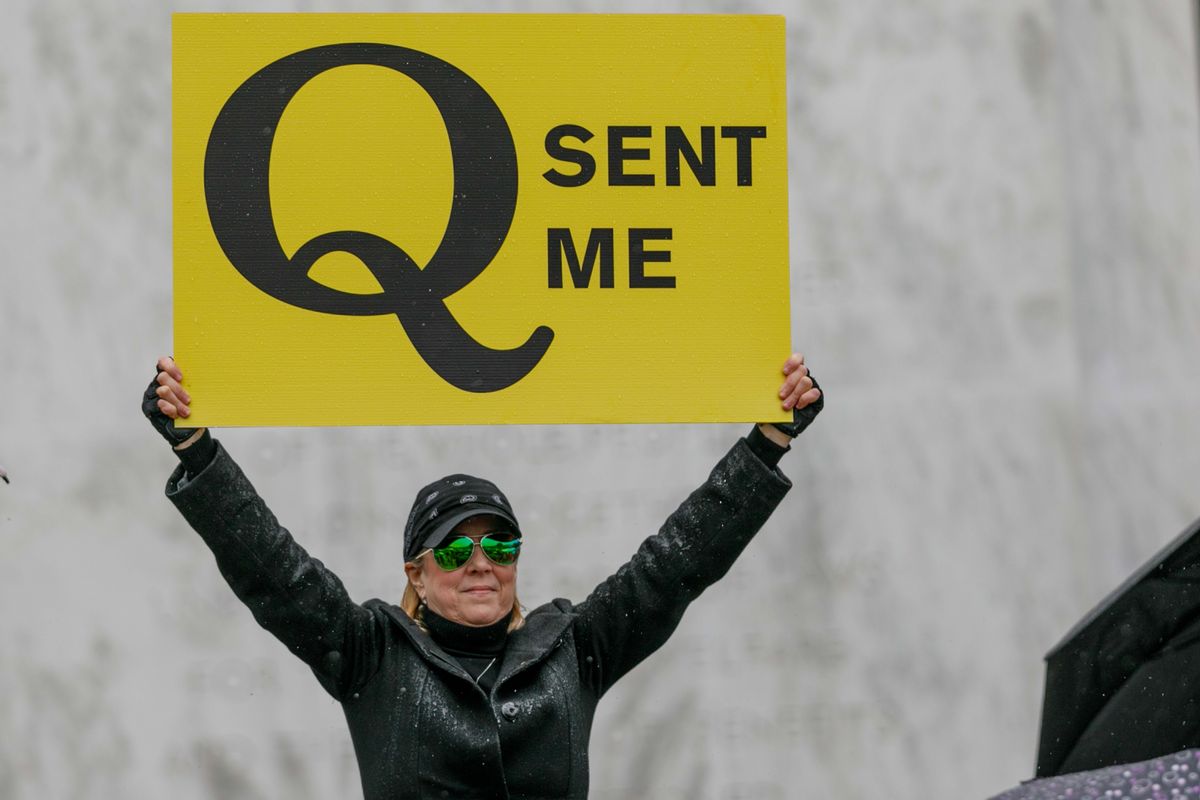 A QAnon supporter holds a sign during a protest at the Oregon State Capitol in Salem on May 2, 2020. (Getty Images)
--

QAnon conspiracy theorists are rallying behind an eccentric individual as school boards are bombarded by opponents of pandemic safety measures.

The Daily Beast on Saturday reported on the mask debate at one Iowa school board meeting where a parent threatened to "stalk" members.

"But the Ankeny school board has become a larger flashpoint in the fight over mask mandates in schools, thanks in large part to a leather-clad, tomahawk-toting QAnon personality named Scott McKay," The Beast reported. "McKay, a middle-aged former bodybuilder whose followers call him 'Patriot Streetfighter,' has used his sizable online platform and frequent use of violent rhetoric to turn the Ankeny mask debate into a national event among followers of the QAnon conspiracy theory, urging his followers to bombard specific school board members with complaints."

Although YouTube suspended his channel, McKay is successful at spreading his message.

"Despite his bizarre demeanor and online presence, McKay has marshaled his fan base to engage in sometimes hostile activism at school board meetings against mask mandates—despite his own recent experience with a COVID outbreak at one of his rallies," The Beast reported.

There is a tie-in with the QAnon conspiracy theory that the world is run by a cabal of Satan-worshiping cannibalistic pedophiles.

"McKay's ability to direct his audience to harass the school-board members demonstrates hyper-partisan anger now targeted at school board officials across the country. And it reveals how the right's focus on school boards this year has allowed fringe figures who openly advocate for violence to grab the spotlight," The Beast reported. "McKay styles himself as a sort of QAnon biker, frequently wearing leather chaps and a leather Harley-Davidson in his public appearances."

McKay frequently poses with his tomahawk.

"McKay poses for pictures with his fans with the tomahawk, uses it as a prop onstage, and incorporates it into the Patriot Streetfighter logo," The Beast reported. "At a rally in Nebraska, McKay explained the tomahawk's significance. If the Democratic officials McKay claims make up the 'cabal' will resign peacefully, he'll share the peace pipe with them. But if officials refuse his demands, they'll face the tomahawk.