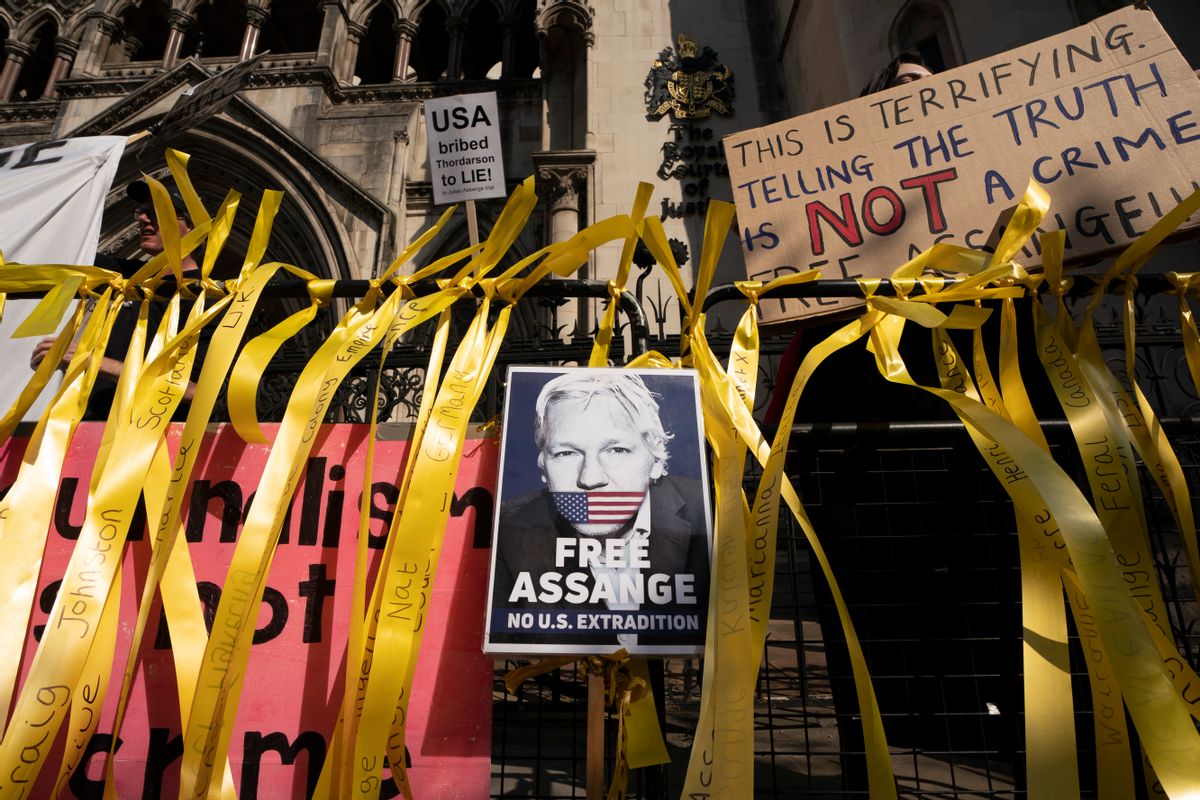 A coalition of more than two dozen press freedom groups on Monday intensified an earlier call demanding the Department of Justice drop its charges against WikiLeaks founder Julian Assange, saying the demand is now even more urgent due to recent reports that the CIA plotted to kidnap — and possibly kill — the journalist.

In a letter sent Friday to Attorney General Merrick Garland, groups including the Knight First Amendment Institute, Committee to Protect Journalists, Freedom of the Press Foundation and Reporters Without Borders said the prosecution of Assange by the U.S. government is "a threat to press freedom around the globe."

"We appreciate that the government has a legitimate interest in protecting bona fide national security interests, but the proceedings against Mr. Assange jeopardize journalism that is crucial to democracy," wrote the organizations. "In our view, a precedent created by prosecuting Assange could be used against publishers and journalists alike, chilling their work and undermining freedom of the press."

Yahoo News first reported the revelations that officials at the "highest levels" of the agency considered attacking Assange, as well as "extensive spying on WikiLeaks associates, sowing discord among the group's members, and stealing their electronic devices."

"In February, members of this coalition wrote to the Acting Attorney General, urging that the criminal charges against Mr. Assange be dropped," the groups said. "We now renew that request with even greater urgency, in light of a recent story in Yahoo News describing alarming discussions within the CIA and Trump administration."

The letter comes two months after the Biden administration won an appeal at the United Kingdom's High Court in its case seeking to extradite Assange. Earlier this year, Judge Vanessa Baraitser of the Westminster Magistrates' Court ruled that extradition would "be oppressive by reason of Assange's mental health" and would pose a risk to the WikiLeaks' founder's life due to conditions in U.S. prisons.

Assange is charged with violating the 1917 Espionage Act and the Computer Fraud and Abuse Act for publishing classified U.S. military documents that revealed U.S. war crimes.

After news outlets around the workd published countless reports based on the information provided by Assange and WikiLeaks, the coalition wrote Monday that "journalists routinely engage in much of the conduct described in the indictment: speaking with sources, asking for clarification or more documentation, and receiving and publishing official secrets."

"News organizations frequently and necessarily publish classified information in order to inform the public of matters of profound public significance," the advocates wrote.

As former intelligence consultant and press freedom advocate Edward Snowden tweeted Monday, the case against Assange "criminalizes the sort of journalism you read every week in the newspaper."

The Freedom of the Press Foundation noted Monday that last year, it identified the U.S. government's prosecution of Assange as "the most dangerous press freedom issue."

"The actions laid out in the indictment are virtually indistinguishable from common practices in newspapers around the country. It's exactly why both The New York Times and The Washington Post — themselves no fans of Assange — have denounced the charges against him in the strongest terms," wrote Parker Higgins, advocacy director for the group.

"And it's why everyone who cherishes our press freedom rights should too," he added.