Cheney's Jan. 6 plea to GOP falls on deaf ears as Trump derides her as "smug fool"

She even called out Kevin McCarthy by name for his efforts to obstruct her committee's investigation into Jan. 6 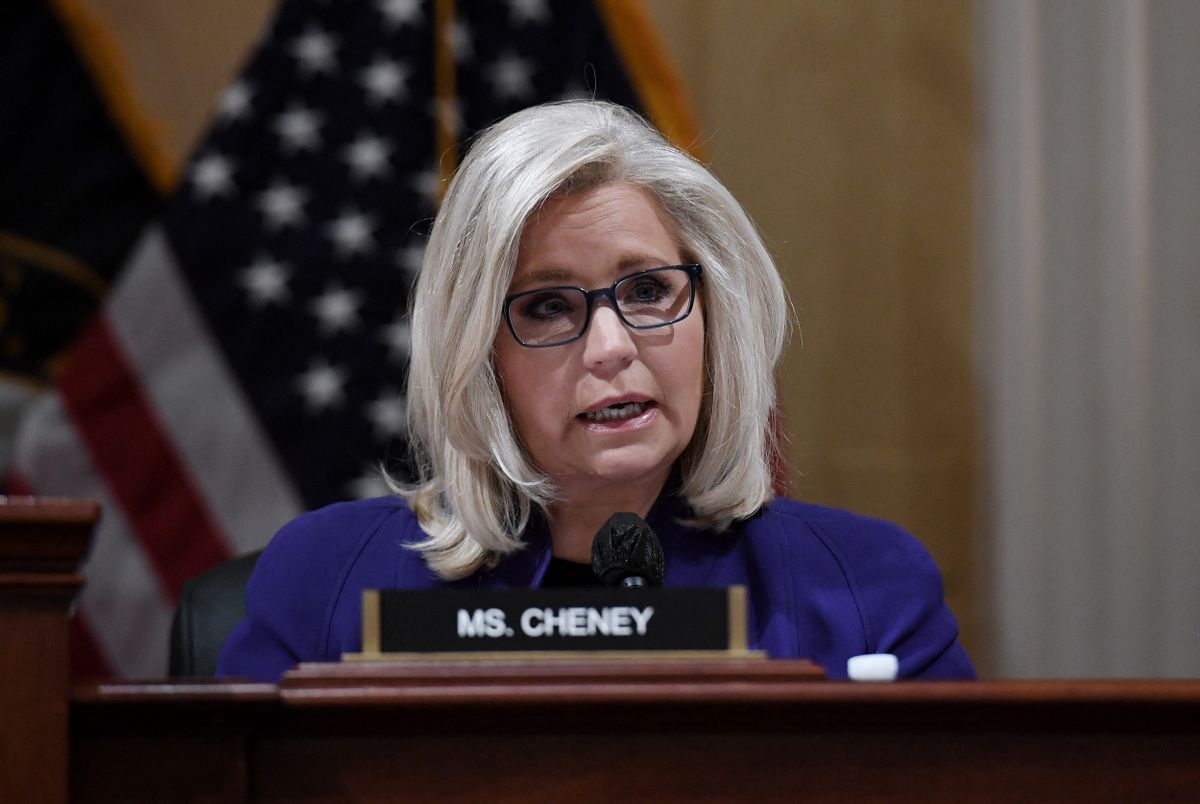 Rep. Liz Cheney [R-WY] speaks as the US congressional committee investigating the January 6 attack at the Capitol, at the Cannon Office Building on October 19, 2021 in Washington, D.C. (OLIVIER DOULIERY/AFP via Getty Images)
--

Rep. Liz Cheney, R-Wyoming, went in on her Republican colleagues Wednesday during a House Rules Committee meeting over their obstruction of an investigation into the Jan. 6 Capitol riot.

Cheney, who was booted from her party leadership position earlier this year for repeatedly criticizing former President Donald Trump, specifically took Minority Leader Kevin McCarthy to task for pressuring lawmakers to stifle the Democratic-led House select committee's attempts to interview key Trumpworld figures about the events of that day.

Tuesday night the Jan. 6 committee voted unanimously to hold former Trump adviser Steve Bannon in contempt for ignoring a subpoena it had issued — the discussion in Wednesday's House Rules Committee was a procedural stop before the measure goes in front of the full House of Representatives for a vote Thursday.

In her remarks, Cheney implored her fellow Republicans to vote in favor of charging Bannon, saying the longtime right-wing activist's actions put Congress' authority "at significant risk." If Bannon can ignore their subpoenas, she said, then everyone will think they can do the same.

"I've heard from a number of my colleagues in the last several days who say they, quote, 'Just don't want this target on their back.'" Cheney said. "They're just trying to keep their heads down, they don't want to anger Kevin McCarthy, the minority leader, who has been especially active in attempting to block the investigation of events of Jan. 6, despite the fact that he clearly called for such a commission."

"I urge you to do what you know is right, to think of the long arc of history." She continued, "We are told that it bends towards justice. But it does so only because of the actions of men and women in positions of public trust. ... Will you be able to say you did everything possible to ensure Americans got the truth about those events, or did you look away? Did you make partisan excuses and accept the unacceptable?"

Though Democrats control the House and the measure is likely to pass, it does not appear that Republicans were swayed by Cheney's high-minded speech.

Rep. Jim Jordan, an Ohio Republican called Cheney's comments at the hearing "ridiculous," arguing the Capitol rioters are under investigation by the FBI so any probe into Trump's actions or extremist groups who planned the insurrection is redundant.

"I'm not trying to whitewash anything." he continued, "Republicans have been consistent; we've condemned violence every stinking time it happened."

Trump himself also weighed in, calling Cheney a "smug fool," adding that "people absolutely cannot stand her as she fights for the people that have decimated her and her father for many years"

"The great State of Wyoming, together with the Republican Party, fully understands her act. To look at her is to despise her."
It wasn't the first time Trump harshly criticized Cheney — he previously said she was "not the brightest" and a "psycho."

The Rules Committee ultimately sent Bannon's contempt charges forward by a vote of 9-4. The full House is scheduled to vote on the measure Thursday.