Behind the Fortenberry scandal: Another member of secretive Christian network goes down 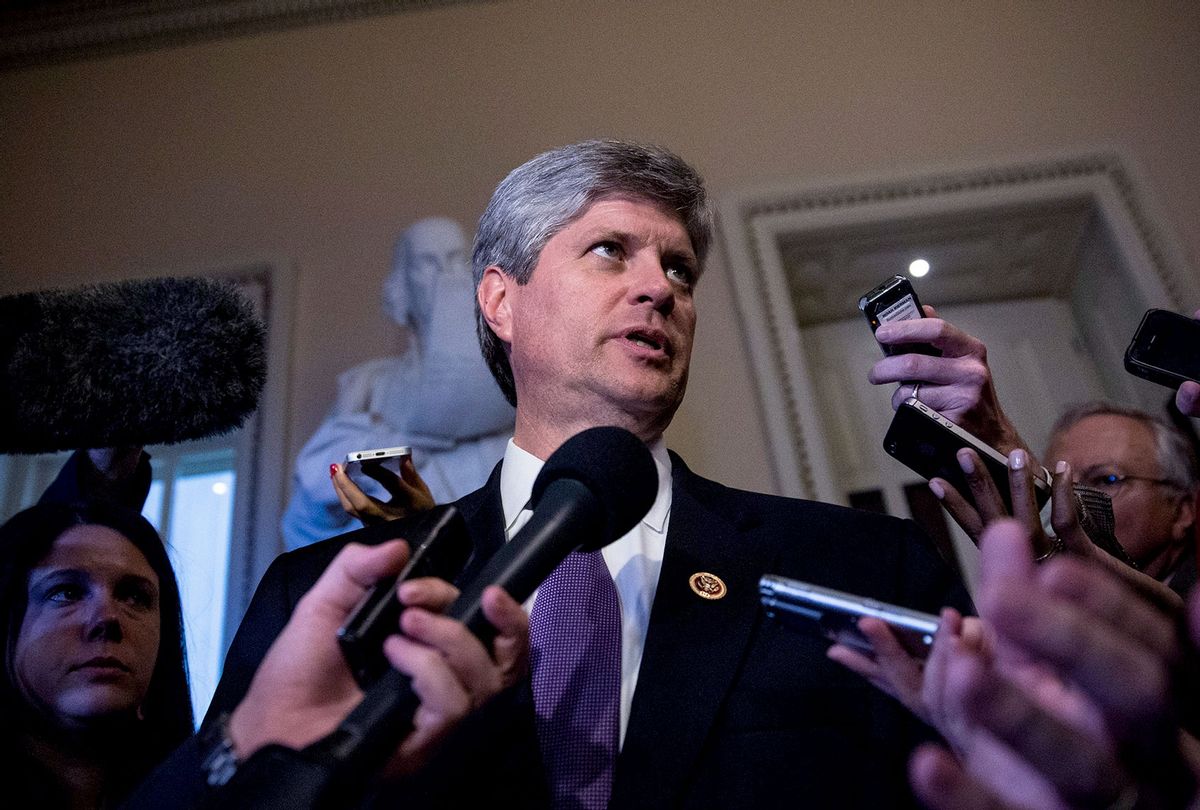 Rep. Jeff Fortenberry, R-Neb., who was indicted Tuesday on charges of lying to the FBI, has deep connections to The Family, the secretive Christian group that has been tied to multiple political scandals in recent years.

Fortenberry was arraigned Wednesday on charges that he lied to federal investigators about illegal campaign payments funneled to him by a Lebanese-Nigerian billionaire. In a video, Fortenberry maintained his innocence. He is blaming the prosecution on politics even though the investigation began under the Trump administration.

The indictment is not the first time a Family politician has made headlines. Rep. Mark Siljander went to jail for funneling funds tied to a terrorist organization through The Family (he was pardoned last year by President Trump). The Family also played cameo roles in the sex scandals surrounding former South Carolina Gov. Mark Sanford, former Sen. John Ensign, R-Nev., and others.

Fortenberry's involvement with The Family has not been previously reported. However, his chief of staff, Andy Braner, is a fellow insider who has spoken publicly about his attendance at the National Prayer Breakfast dating back to 2014, and has ties to The Family dating back as early as 2006, according to his LinkedIn profile.

(Braner and Fortenberry's spokesperson did not immediately respond to emailed questions.)

Fortenberry has publicly defended the National Prayer Breakfast, after multiple reports identified the lobbying that transpires there. In 2018, Fortenberry wrote that relationships forged at the event have helped avert crises.

"Common political parlance would call these engagements 'back channels,'" Fortenberry wrote. "We call them friendships."

What we know about who Fortenberry brings to the breakfast, however, suggests that he, like many others in The Family, is less interested in using the event to engage with adversaries than in strengthening existing networks of like-minded people on the right.

Unlike most members of Congress, Fortenberry actually invites people to the National Prayer Breakfast, according to internal documents obtained by TYT. One 2016 guest, a pastor in Lincoln, Nebraska, is not overtly political, according to local reporting on his work. The same can't be said of Fortenberry's other known guests.

One was controversial Archbishop Timothy Broglio, who leads the military archdiocese of the Catholic Church and recently bucked Pope Francis to oppose vaccine mandates in the military. He, too, was invited by Fortenberry in 2016.

Broglio has come out alongside evangelical causes before. He supported Trump's ban on transgender troops and tried to rile up U.S. troops against Obamacare.

In 2017, Nebraska Family Alliance (NFA) executive director Karen Bowling posted online that she had been invited to the NPB by Fortenberry. Bowling's organization opposes LGBTQ and reproductive rights.

As TYT has previously reported, at least two organizations have warned that far-right groups use prayer breakfasts to build their networks and political momentum against LGBTQ and reproductive rights. The National Prayer Breakfast's only financial donor is evangelical leader and pastor Franklin Graham.

Aside from the U.S. prayer breakfast, Fortenberry has been invited to multiple events overseas connected to The Family, two of which he was apparently invited to attend on The Family's dime. Congressional disclosure forms filed by Rep. Robert Aderholt, R-Ala., list Fortenberry as having been invited on at least two of Aderholt's trips sponsored by The Family.

In 2016, Fortenberry was invited along with other Family insiders — including some Democrats — to attend the Christian S.E. European Gathering in Serbia. The following year, The Family paid for Aderholt to attend the Gathering again, as well as Austria's first National Prayer Breakfast. Fortenberry was again one of a handful of Family insiders invited.

Fortenberry and Aderholt also share a connection with a longtime Family insider named Stan Holmes, a source close to The Family told TYT. In the past, Holmes has been on Capitol Hill weekly, ministering to politicians and their aides.

It was Holmes who invited Braner to the 2016 prayer breakfast. Later that year, Braner got a fellowship with Fortenberry to work on international affairs, specifically the Middle East. Despite a lack of government experience, Braner moved up the ranks to become Fortenberry's chief of staff last year.

While Holmes never had the public profile of late Family leader Doug Coe, he has held leadership roles and has spoken to the media on The Family's behalf. In 2010, he told Roll Call that The Family's sponsored trips were not political.

Although The Family maintains that its trips and the National Prayer Breakfast are nonpolitical, that's not the case. As TYT has reported, the breakfast invitations are dominated by Republican inviters. Family leaders backed Trump's lies about election fraud, as did the Congressional Prayer Caucus, to which Fortenberry belongs.