In a statement, Trump derided Meghan McCain as a "bully" and even took credit for her father's "long" funeral 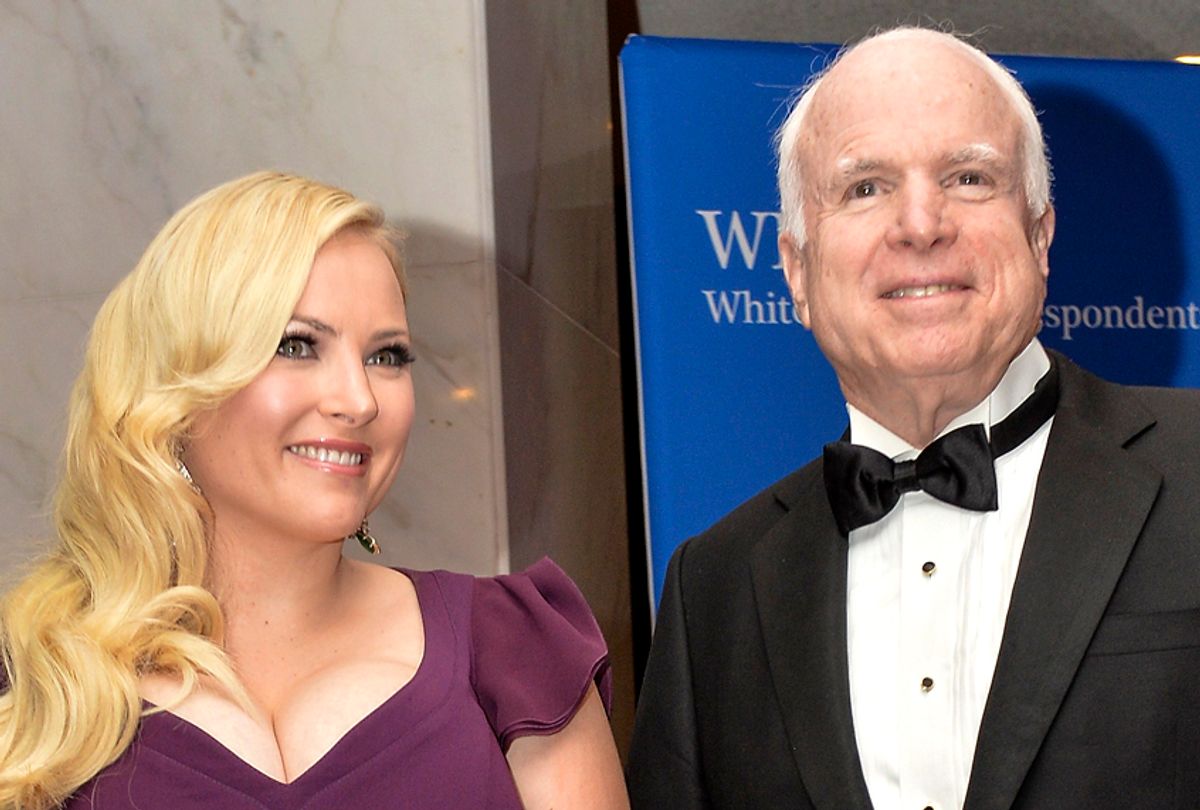 Donald Trump hasn't tired of ribbing his old rival, the late Sen. John McCain — or his daughter for that matter.

In a statement released Friday, the former president attacked Meghan McCain, calling her a "lowlife" and "a bully," adding that he gave her father "the world's longest funeral."

The statement was apparently in response to McCain's new book, in which she claims that she was bullied off of The View by her co-hosts while dealing with postnatal anxiety.

Trump also took the opportunity to say that he had won Arizona "by a lot" in 2016, and by "even more" in 2020, continuing his long-running crusade to overturn the results of last year's election by nodding at nonexistent reports of widespread voter fraud.

A Republican-backed review of the Arizona election found no proof that the election was fraudulent.

Trump also attacked Sen. McCain's choice to hand over the now-infamous Steele dossier, an intelligence report on then-candidate Trump compiled by the former British spy Christopher Steele, to the FBI. More than four years and a presidential administration removed from the incident, Trump wrote Friday that Sen. McCain only made the move to stop "the Trump Train."

Trump concluded the statement by saying that Meghan McCain should "fight the Communists" rather than fellow conservatives.

"She should fight back against the Losers of The View the way she fights against very good and well-meaning Republicans."

McCain responded to the statement on Twitter with a plug for her book, writing, "Thanks for the publicity boomer."