Contrary to a new excerpt from McCain's book, she's actually stood in the way of help for pregnant people & parents 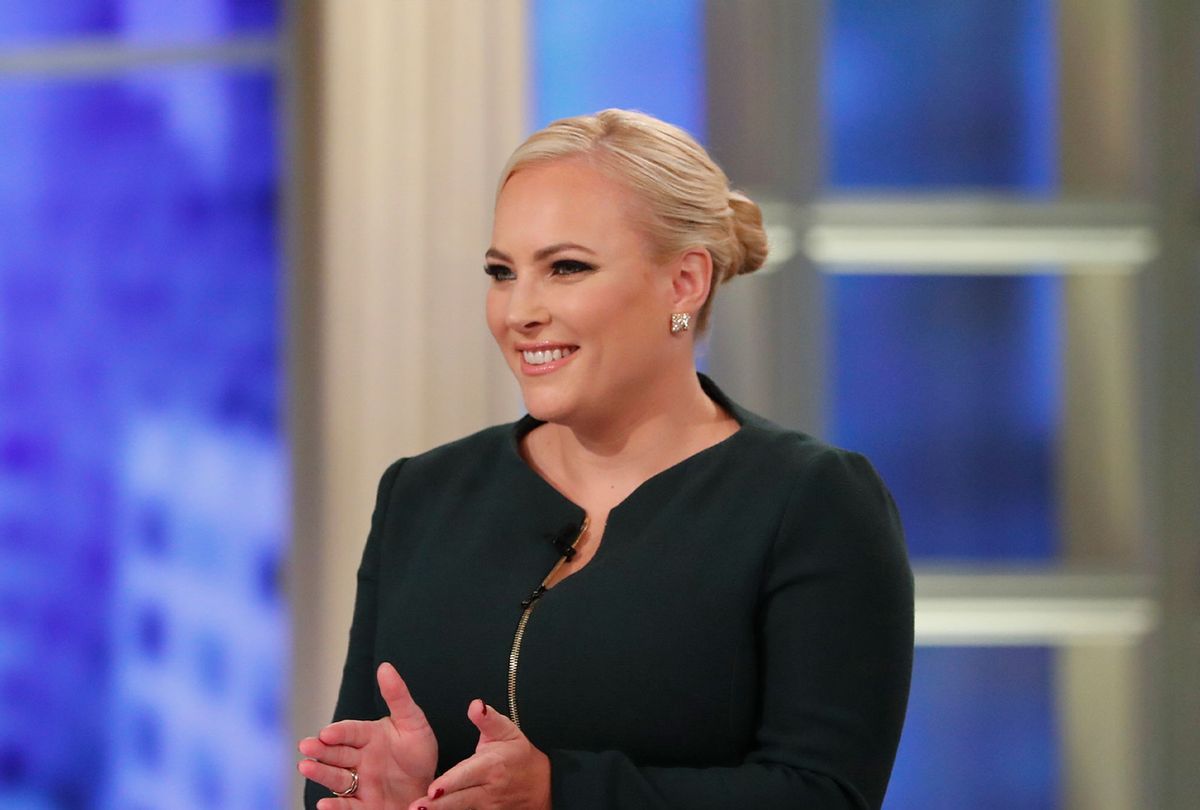 Since Meghan McCain left her co-hosting duties at "The View" this past summer, we all knew this day was coming: the announcement of a tell-all audio book, with its first excerpt dropping Tuesday in Variety. In the excerpt, McCain's lack of self-awareness and self-victimization remain as intense and fresh as ever, as she opens by subjecting readers to her latest round of white tears.

McCain launches into petty rants about how rude and terrible everyone at "The View" was to her, at no point considering the angle that having horrible views necessarily invites people to not like you. It's really not complicated, although McCain tries to make it so by invoking her experiences with postpartum anxiety and mental health struggles.

Shortly after McCain returned to "The View" from maternity leave, co-host Joy Behar said she hadn't missed McCain at all and later declined to apologize. After that, McCain claims she wept and "no longer felt safe working at 'The View.'"

She says, "It was a perfect storm of hormones, postpartum anxiety and a lot of demons on 'The View' coming out to bite me."

McCain probably intended to make her postpartum mental health struggles the focus of this excerpt of her book. But it comes out instead as a self-pitying rant about being bullied for being conservative, and utilizes the same sort of targeted, bad-faith gossip that she claims to condemn throughout the excerpt.

We can all sympathize with McCain's postpartum struggles, and appreciate her newly declared, common sense support for paid family leave for all people. But this is still the same Meghan McCain who's said and done all of the things she's said and done, like her out-of-touch attacks on NBA players who spoke out against police violence, or, of course, her obsession with spreading dangerous, anti-abortion misinformation, equating abortion care with infanticide.

Who can forget when McCain's co-host Sunny Hostin spoke in support of abortion later in pregnancy, a common medical procedure that can sometimes arise out of extreme health circumstances, McCain accused her of supporting "infanticide" and babies "born from a botched abortion should be put down like a dog or a cat?!"

Despite McCain's quickness to make herself the victim-hero of her own narrative, we can't forget she remains a wealthy, white woman who's spoken out against abortion and the full spectrum of reproductive care time and again. To her credit, McCain acknowledges her privilege, and that she can't "imagine what it's like for women who are less privileged than I am, women who work minimum wage jobs, and single mothers struggling to make ends meet," who may struggle with postpartum mental health issues.

But that appears to be mere lip service. She doesn't at any point consider how the need for universally accessible postpartum care is inextricable from the need for full-spectrum reproductive care that includes abortion and birth control. Specifically, research has shown that in states that enact more restrictions on abortion, often resulting in shutdowns or defunding of reproductive health clinics, maternal and infant mortality rates are disproportionately higher.

The United States as a whole has the highest maternal mortality rates in the industrialized world, a first place finish that is hardly ever acknowledged. And of course, Black women and other women of color are significantly more vulnerable than white women.

McCain's attacks on abortion and other pregnancy-related health care options are inseparable from a greater culture and political landscape that dehumanizes pregnant people, takes away their options, and subjects them to threats to their physical or mental health and safety. Her penchant for racist ignorance — at varying points writing off conversations about inclusivity and Asian communities as "identity politics," and earlier this year blaming Black Lives Matter protesters for the Jan. 6 insurrection — is also inseparable from conversations about how we treat pregnancy in America.

Because of systemic racism, women of color are more likely to be the "women who work minimum wage jobs, and single mothers struggling to make ends meet," whom McCain briefly references in her book. They're more likely to struggle with postpartum mental health challenges, those same issues that McCain has experienced – with the added dimensions of experiencing economic insecurity and lack of access to essential postpartum health care, possibly as a result of policies that defund or create barriers to this care, which McCain has consistently supported.

At the end of the day, we can be appreciative of McCain sharing her personal experiences with postpartum anxiety and her support for paid family leave. But we can't take her book, and its relentless self-pitying about being a rich, white conservative woman who wants to advocate for marginalized people losing their rights, all while no one can be rude to her, at face value.

For all her personal struggles, McCain has been a part of the very problems she complains about by opposing full-spectrum pregnancy and reproductive care, frequently parroting racist talking points, and falling back on white tears whenever she's challenged about it. If you want to lift up the voices of real advocates for pregnant people and new parents, there are plenty of other, more consistent and intersectional voices we should all be listening to instead.