What if humans didn't need to breathe? A study on algae's ability to oxygenate cells raises eyebrows 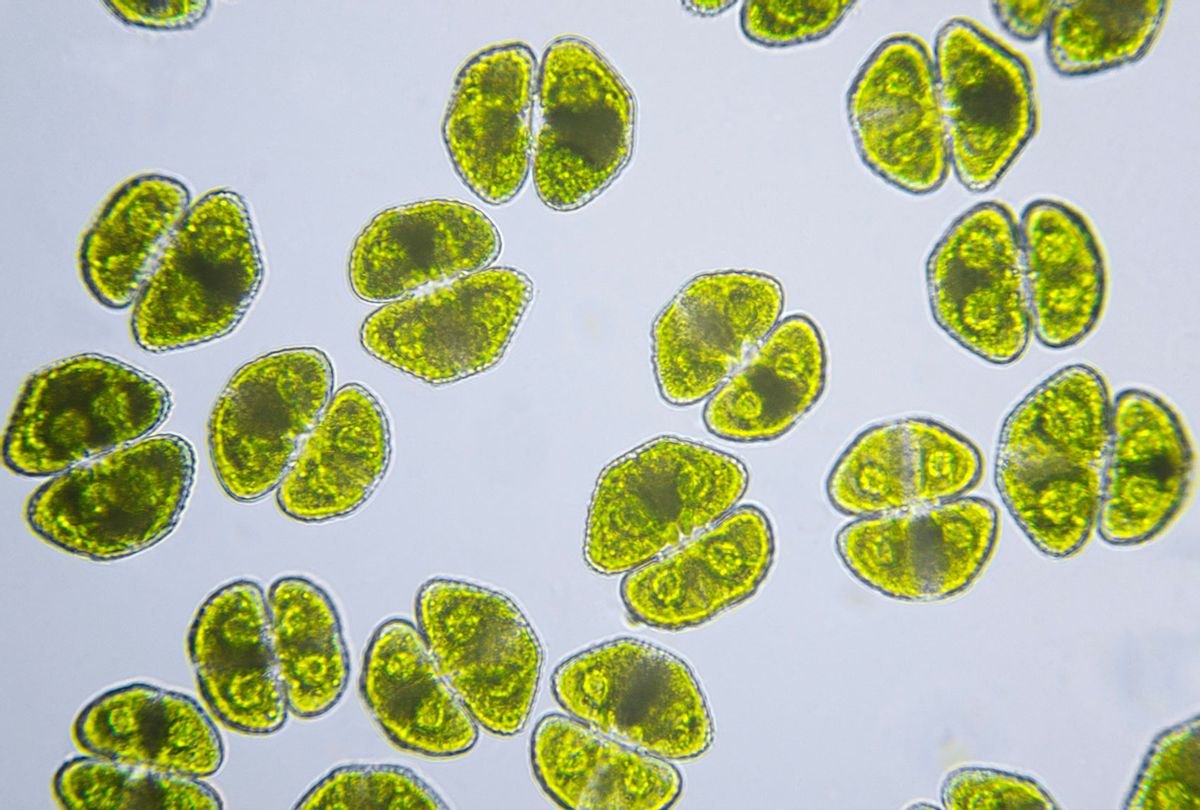 When you think of algae, you probably picture a vague nuisance for pool-owners, or that green or red goo that blooms in the oceans periodically— not a medicine that can be injected in your brain.

Though it soon may be developed into just that.

Microalgae, as in phytoplankton which are typically found in freshwater and marine systems, could be used as a life-saving device to bring an oxygen-deprived brain back to life. And it's not merely relegated to the realm of science fiction: scientists are actually experimenting with this, although not on live human subjects.

Microalgae are huge oxygen producers on Earth, and are responsible for what is known as the "Great Oxidation Event" that occurred on Earth some 2.4 billion years ago, when the atmosphere oxygenated over a span of 400 million years as algae converted available carbon dioxide to oxygen, paving the way for animal life. If it weren't for microalgae, Earth might not have any oxygen in the atmosphere at all.

That same oxygen-creating ability could be a boon if it could be used in a controlled way within the human body to deliver oxygen to cells deprived of it.

In a study published recently in iScience, researchers in Germany injected green algae and cyanobacteria into the brain of African clawed frog (Xenopus laevis) tadpoles whose brains were starved of oxygen. After being injected with the microalgae, their brains showed an increase in local oxygen levels. Similar to the human brain, the vertebrate brain cannot be without oxygen for very long before irreversible damage occurs.

"In a severe hypoxic environment, when neuronal activity has completely ceased, the photosynthetic O2 reliably provoked a restart and rescue of neuronal activity," the authors wrote. "In the future, phototrophic microorganisms might provide a novel means to directly increase oxygen levels in the brain in a controlled manner under particular eco-physiological conditions or following pathological impairments."

In other words, this type of algae therapy could be a method to help humans recover from a stroke or traveling through an environment without oxygen. That scenario is still far off, as this study was merely a proof of concept to show that such a thing might actually work in a clinical setting. Senior author Hans Straka told Salon the idea came to him and his colleagues at a lunch in a discussion with a botanist. Previously, Straka and his team were studying oxygen consumption by the brain and the correlation with the activity of nerve cells.

"These discussions led to the idea to use plants as oxygen producer directly inside the brain," Straka said. "All plants, including algae and cyanobacteria perform photosynthesis, whereby oxygen is produced by shining light onto the plant."

Straka said instead of planting a tree into the brain, they chose algae.

"Thus, oxygen-producing organisms (algae) were placed directly next to the oxygen consuming cells such as the nerve cells in the brain," Straka said. "Upon illumination, the algae then produced oxygen which was used for energy production in the nerve cells, which rather soon restarted to function again and thus the algae rescued the brain activity."

Other scientists were enthusiastic about the results. "The authors employ an elegant and easily reproducible experimental approach to examine the effects of activation of photosynthetic organisms as a way to directly increase oxygen levels in the brain," Diana Martinez, a neuroscientist at Rowan University in New Jersey who was not involved in the study, said in an email to The Scientist. Martinez called the study "an important first step in using natural resources to address pathological impairments" that deplete oxygen in the brain, such as heart attack and stroke.

However, Martinez noted there are reasons that such a thing might not work in humans, at least not exactly in the same way. Part of that has to do with the nature of the tadpoles used in experiments, and how they differ from humans in their physiology.

"Xenopus laevis tadpoles are transparent and light can easily pass through the skin to activate photosynthetic machinery to produce oxygen. Use in more complex animals would . . . be difficult, as light does not easily traverse the skin and may not reach the vasculature to activate the photosynthetic organisms," she said.

Indeed, algae are photosynthetic, meaning they require the presence of light in order to photosynthesize carbon dioxide into oxygen. The human brain — or really, the inside of the human body in general — is not exactly known for being well-lit.

Likewise, as Martinez noted, too much of a good thing is not a good thing: excess oxygen in the brain can also cause brain injuries.

"Thus, the inability of oxygen levels to be controlled properly through the use of these photosynthetic organisms would therefore be just as detrimental as the hypoxia itself," she adds.

Straka said other potential adverse effects to consider are a potential "immune reaction of the algae in the host." Plus, as Straka noted, "during plant photosynthesis, oxygen is only one 'byproduct.'" Sugar is another one, which "might also be used to provide energy to the host."

However, if some kind of futuristic "algae therapy" does become a medical reality, it opens up all kinds of sci-fi avenues for humans — particularly, the idea of being able to receive oxygen in one's cells without breathing.

"Over the last decade, there are quite a few projects where people have been trying to set up artificial symbiotic associations with algae, in order to augment in some way or manipulate vertebrate physiology, which is really radical," Ryan Kerney, a biologist at Gettysburg College, told The Scientist.

"But the potential implications are also just fascinating to speculate about: Can we get away from breathing as a way to keep our brains going?"