Postmaster General DeJoy faced over a dozen conflicts of interest, refused to divest from own firm 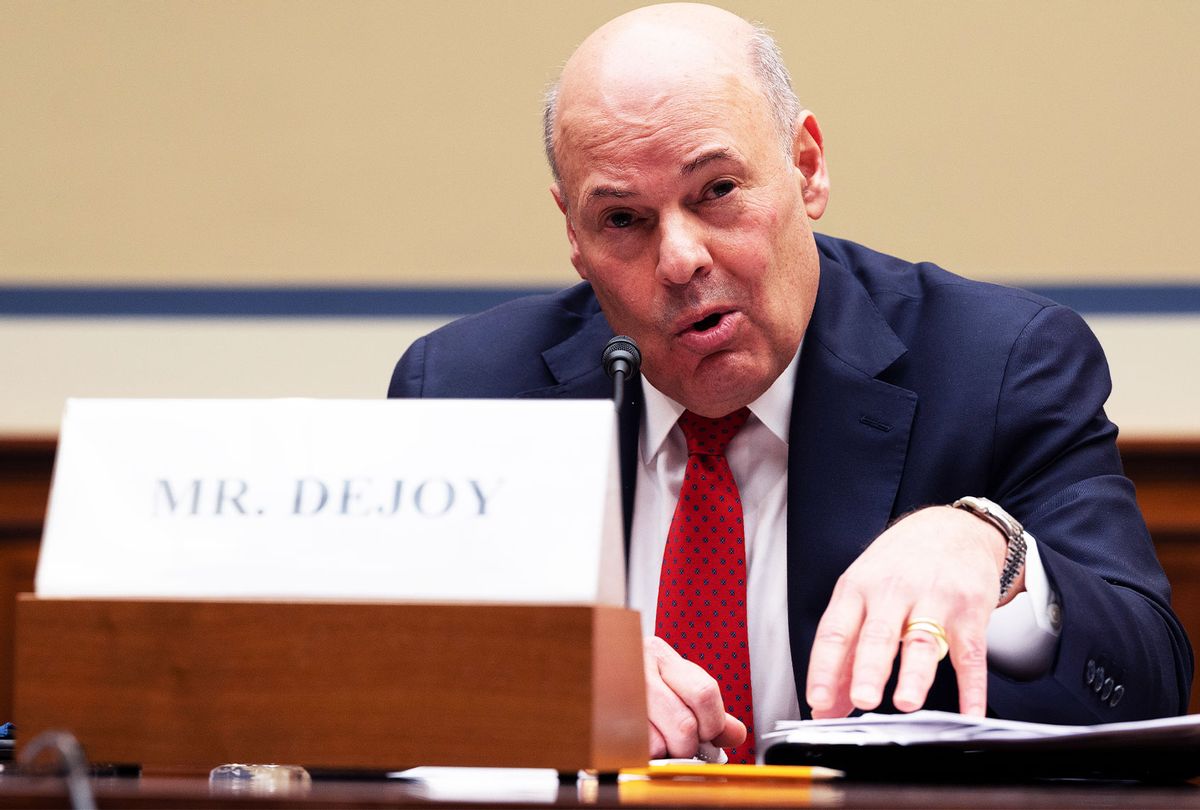 U.S. Postmaster General Louis DeJoy faced over a dozen conflicts of interest during his tenure due to his refusal to divest family stakes in companies tied to the policies of his own agency.

According to documents newly obtained by Citizens for Responsibility and Ethics in Washington (CREW) via a Freedom of Information Act, Dejoy reportedly recused himself from agency decisions that might have affected the performance of his former freight transportation company XPO Logistics. However, the postmaster general opted out of divesting from the firm altogether, opening him up to a blatant conflict of interest.

Back in August, CNN reported that, despite his role in heading the USPS,  DeJoy's stake in XPO fell between $30 million and $75 million – an apparent conflict that came as a complete "shock" to many outside experts.

"If you have a $30 million interest in a company, of course it's going to impact you," Stuart Gilman, a former assistant director at the Office of Government Ethics, said. "I would assume that there is a problem here. It certainly doesn't pass the smell test."

XPO routinely carries out contracts with both the USPS and other government agencies, like the Defense Department. During the first two months of his tenure last year, XPO signed onto at least two new contracts with the USPS.

Last year, by October, DeJoy had announced that he would formally divest from XPO in order to preclude any conflicts of interest from arising. At the time, CREW suggested that the nature of the divestment might be a "sham," largely because DeJoy transferred his assets to his adult children, who could then return those assets to their father after he leaves government.

Also under scrutiny are a series of trades made by DeJoy last June, just a month after he joined the administration. The postmaster general specifically bought $50,000 and $100,000 in stock options for Amazon.

"It's another conflict. He's got the option to buy. That means he's gambling that Amazon's value is going to go up," Marcus Owens, a former top IRS official, told CNN. "Why is he investing in a competitor to the enterprise that he's supposed to be managing? This is a classic case for investigation by an inspector general."

The USPS's Office of Inspector has reportedly reviewed DeJoy finances and concluded he has complied with the necessary ethical requirements. Still, CREW noted, the review did take into account a full picture of the postmaster general's finances.

Over the two years, DeJoy has also come under fire for his gross management of the agency, which last year entailed a series of "cost-cutting" measures, such as the removal of mail sorting machines, that would drastically slow transit times. The move earned the Trump-appointee accusations of attempting to sabotage the election in Trump's favor by undermining the mail-in-ballot process. Many Democrats have called for his resignation.

RELATED: Biden to name new USPS board members as Postmaster General DeJoy taunts critics: "Get used to me"

This month, DeJoy again announced a set of policies that would "result in serious delays and the degradation of service for millions," said House Speaker Nancy Pelosi, D-Calif. The agency is expected to apply steep price hikes on commercial and domestic retail packages, as well as slow first-class mail transit by 30%.