This isn't a shortage, it's an unofficial general strike 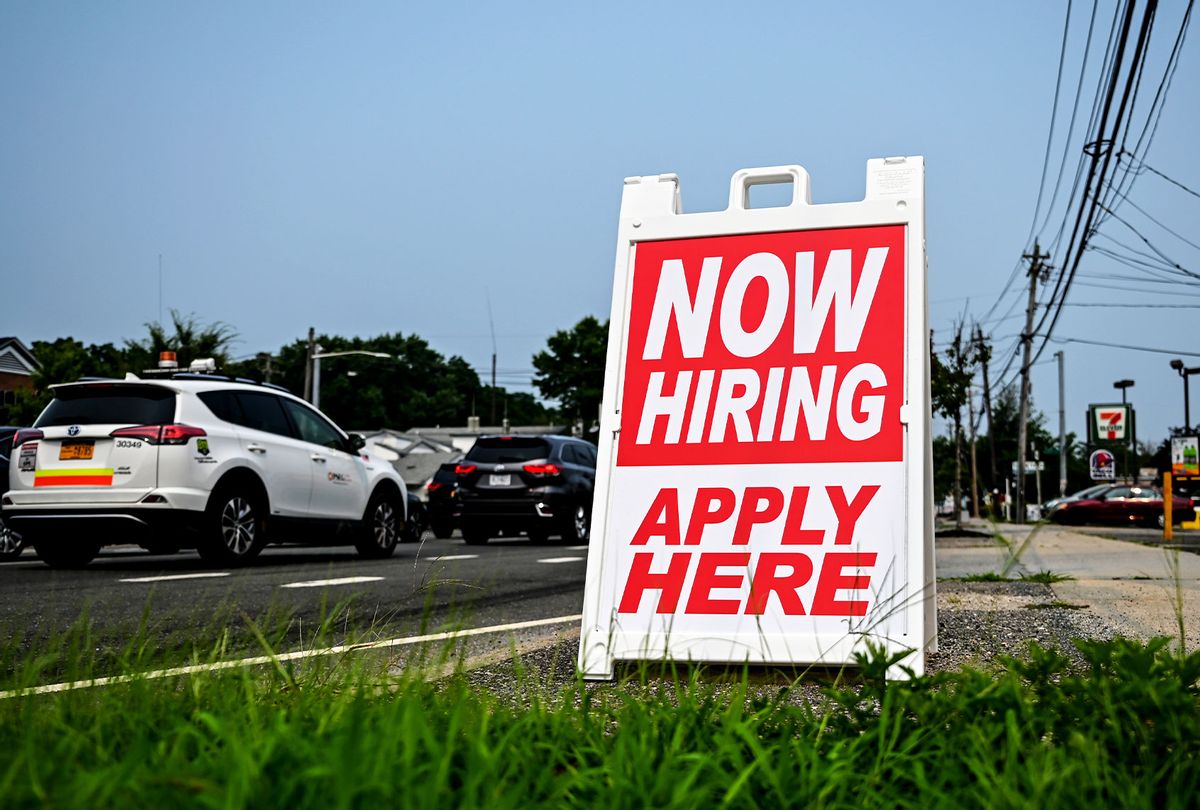 Photo of a help wanted sign along Middle Country Road in Selden on July 20, 2021. (Thomas A. Ferrara/Newsday RM via Getty Images)
--

For the first time in years, American workers have enough bargaining leverage to demand better working conditions and higher wages – and are refusing to work until they get them.

Here's where that leverage comes from. After a year and a half of the pandemic, consumers have pent-up demand for all sorts of goods and services. But employers are finding it hard to fill positions to meet that demand.

The most recent jobs report showed the number of job openings at a record high. The share of people working or looking for work has dropped to a near-record low 61.6 percent. In August, 4.3 million Americans quit their jobs, the highest quit rate since 2000.

Republicans have been claiming for months that people aren't getting back to work because of federal unemployment benefits. Rubbish.

The number of people working or looking for work dropped in September – after the extra benefits ran out on Labor Day.

Some have retired early. Others have found ways to make ends meet other than a job they hate. Many just don't want to return to backbreaking or mind-numbing low-wage jobs.

In the wake of so much hardship, illness and death, peoples' priorities have shifted.

The media and most economists measure the economy's success by the number of jobs it creates, while ignoring the quality of those jobs. Just look at the media coverage of the September jobs report: The New York Times emphasized "weak" job growth. For CNN, it was "another disappointment."

But when I was Secretary of Labor, I met with working people all over the country who complained that their jobs paid too little and had few benefits, or were unsafe, or required unwieldy hours. Many said their employers treated them badly.

With the pandemic, it's even worse. That's why, in addition to all the people who aren't returning to work, we're also seeing dozens of organized strikes around the country – 10,000 John Deere workers, 1,400 Kellogg workers, over 1,000 Alabama coal miners, and thousands of others.

Not to mention the unauthorized strikes and walkouts since the pandemic began, like the mostly Black sanitation workers in Pittsburgh or the Amazon warehouse workers in Staten Island.

In order to lure workers back, employers are now raising wages and offering other incentives. Average earnings rose 19 cents an hour in September and are up more than $1 an hour over the last year. But clearly, that's not enough to get workers back.

Corporate America is trying to frame this as a "labor shortage."

Unless these shortages are rectified, this unofficial general strike will continue.

I say it's about time.