Some dogs exhibit signs of ADHD, just like humans

Squirrel! A study of 11,000 pet dogs strongly suggests our canine friends can have ADHD symptoms similar to people 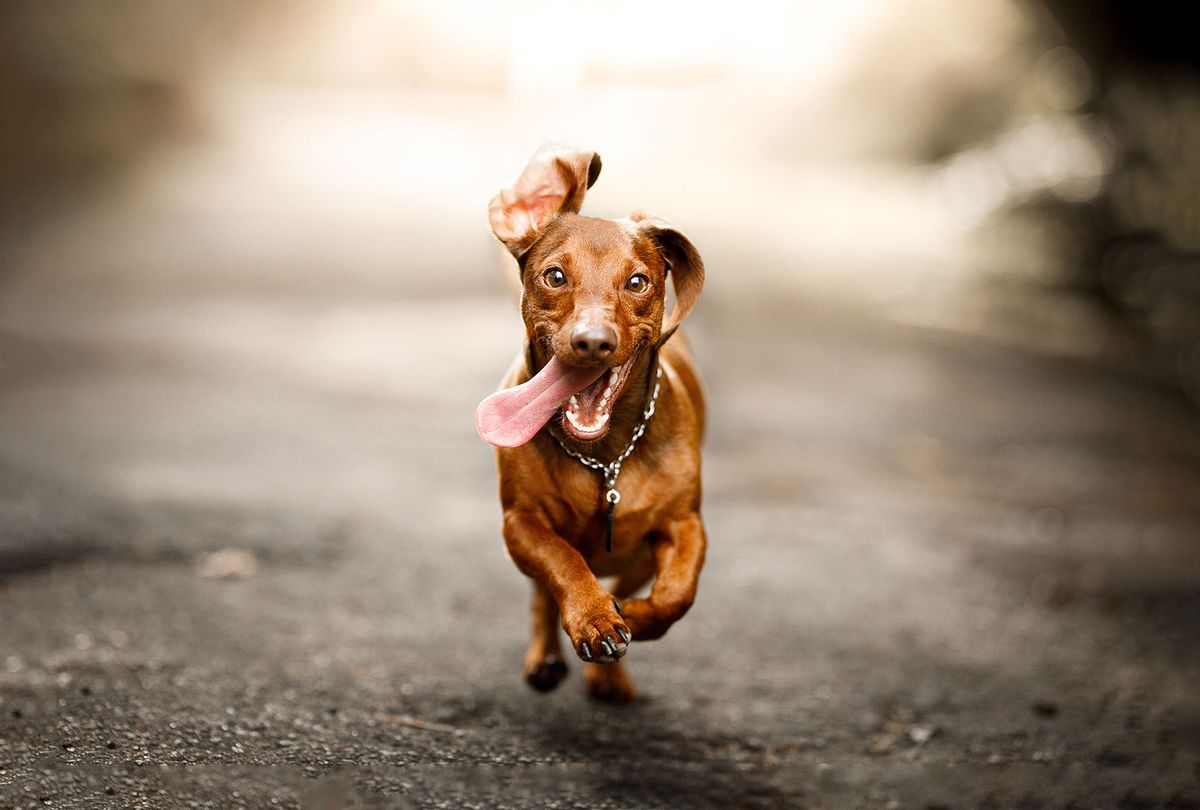 Having ADHD is a bit like watching a television with someone who refuses to responsibly handle the remote control. Instead of finding one program and sticking with it, this hypothetical fellow viewer stubbornly insists on surfing, flipping from channel to channel before you can focus on what is on the screen.

As someone with ADHD, I can attest that when left untreated it is very much like this — with an emphasis on the fact that you are not the one holding the remote control. Someone else is choosing the channels, leaving you feeling powerless.

It's not the kind of thing one might wish upon our loyal friends from the animal kingdom. Yet a new study reveals that dogs may have symptoms of ADHD that are similar to those known among their human counterparts, suggesting that there may indeed be ADHD dogs in the world.

"The domestic dog can spontaneously manifest high hyperactivity/impulsivity and inattention which are components of human ADHD," write researchers from the University of Helsinki in a new study published by the journal Translational Psychiatry. "Therefore, a better understanding of demographic, environmental and behavioural factors influencing canine hyperactivity/impulsivity and inattention could benefit both humans and dogs."

To learn more about the extent to which canines have ADHD-like traits, the Finnish scientists analyzed over 11,000 pet dogs in their country. After extensively studying their behaviors, the scientists concluded that certain dogs were more likely to struggle with paying attention and display hyperactive, impulsive actions — specifically dogs that were young, male, and spent more time home alone. A dog's breed also made a significant difference: among the 23 breeds studied, Cairn Terriers, Jack Russell Terriers, German Shepherds and Staffordshire Bull Terriers had the highest scores in hyperactivity and impulsivity. On the other hand, the breeds with the lowest scores included the Chinese Crested Dog, Rough Collies and Chihuahuas. This suggests a genetic basis for those traits.

The study also offered a striking contrast from previous research which finds that smaller dogs are more impulsive (or, in the case of some stereotypes, anxious). The University of Helsinki researchers found that medium-sized and large dogs had higher scores for hyperactivity and impulsivity than smaller ones. At the same time, the authors stressed that size differences alone cannot explain the differences in these traits. There were other correlating factors as well, some of which may also be causal.

"Hyperactivity/impulsivity and inattention had strong comorbidities with compulsive behaviour, aggressiveness and fearfulness," the authors added. "Multiple of these associations have also been identified in humans, strengthening the role of the dog as an animal model for ADHD."

Scientists already know that dogs, despite their popular image as lovable clowns, are also extremely intelligent and emotionally complex. Thanks to dogs like Bunny the Sheepadoodle, scientists are even gaining insights into how dogs view themselves in the context of the world around them. This has also led to a burgeoning industry of pharmaceuticals for dogs, which can help them as they struggle with mental health issues similar to those which can afflict humans. As with humans, however, the key to success is to avoid excess.

"My own view is on the side of caution," James A. Serpell, a professor of Ethics & Animal Welfare at the University of Pennsylvania, told Salon. "Don't use these drugs on animals unless it's really necessary in order to calm the animal down and prevent the worst symptoms of anxiety, and try to think of it as a short-term thing, something that you would do for a while until you find a more satisfactory way of coping with the problem through behavior modification and things like that."