"We had a great planning session for our Jan. 6 objection" said Marjorie Taylor Greene after a White House visit 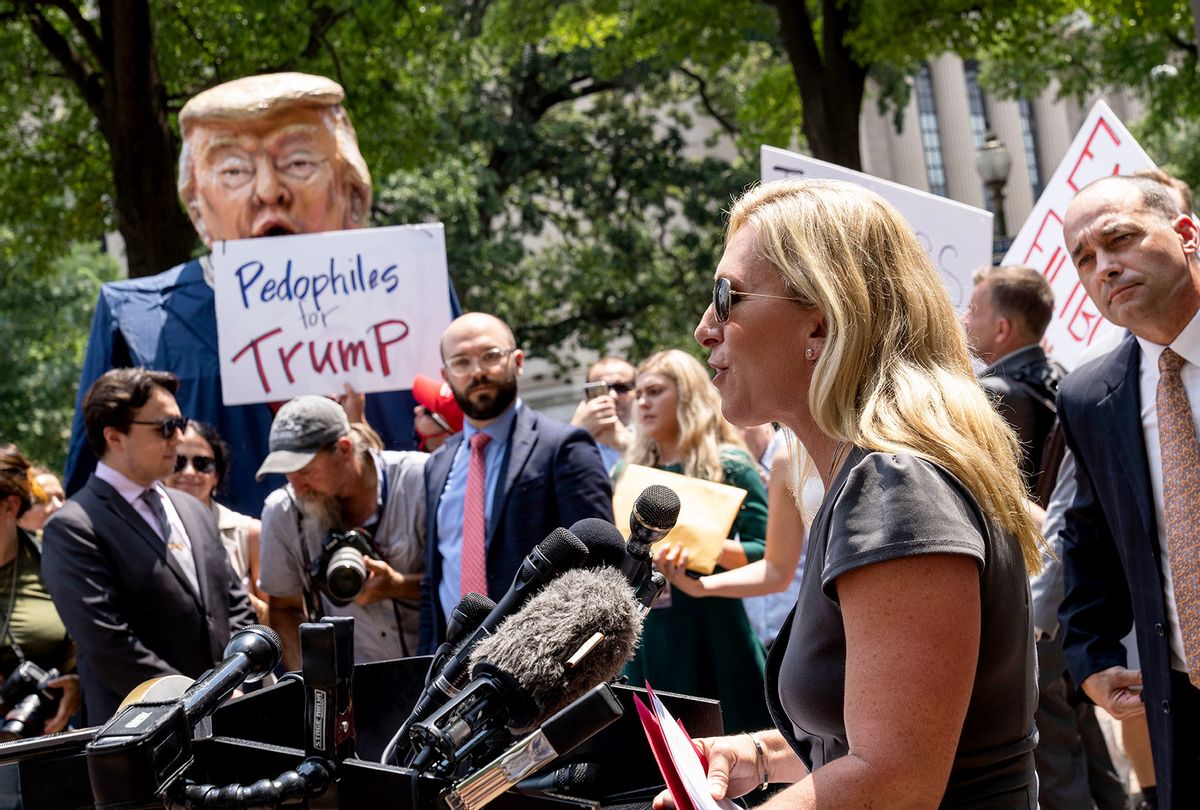 Protestors hold an effigy of former President Donald Trump as Rep. Marjorie Taylor Greene (R-GA) speaks during a news conference outside the U.S. Department of Justice on July 27, 2021 in Washington, DC. The group of far-right conservatives held a news conference to demand answers from Attorney General Merrick Garland on the status of January 6 prisoners. (Drew Angerer/Getty Images)
--

Rep. Marjorie Taylor Greene, R-Ga., reportedly took part in "planning meetings" with organizers of the "Save America" rally that spilled over into the Jan. 6 insurrection, and there's even video of her discussing similar plans after leaving a White House visit.

The newly elected Georgia Republican spoke briefly on camera after walking out of the White House in December, discussing efforts to object to the certification of Joe Biden's election win during a period which subsequent reporting has revealed Donald Trump and his allies were plotting to subvert that process.

"Just finished with our meetings here at the White House this afternoon, we had a great planning session for our Jan. 6 objection," Greene says in the video, which she tweeted out on Dec. 21. "We aren't going to let this election be stolen by Joe Biden and the Democrats. President Trump won by a landslide. Call your House reps, call your senators from your states. We've got to make sure they're on board. We've already got a lot of people engaged. Okay, stay tuned."

Organizers for the March for Trump and Stop the Steal rallies that preceded the U.S. Capitol riot told "Rolling Stone" that they held planning sessions for the events with Greene and five other Republican lawmakers, Andy Biggs, Lauren Boebert, Mo Brooks, Madison Cawthorn and Louie Gohmert.