Learn how to make ciabatta, focaccia and milk bread like a pro baker 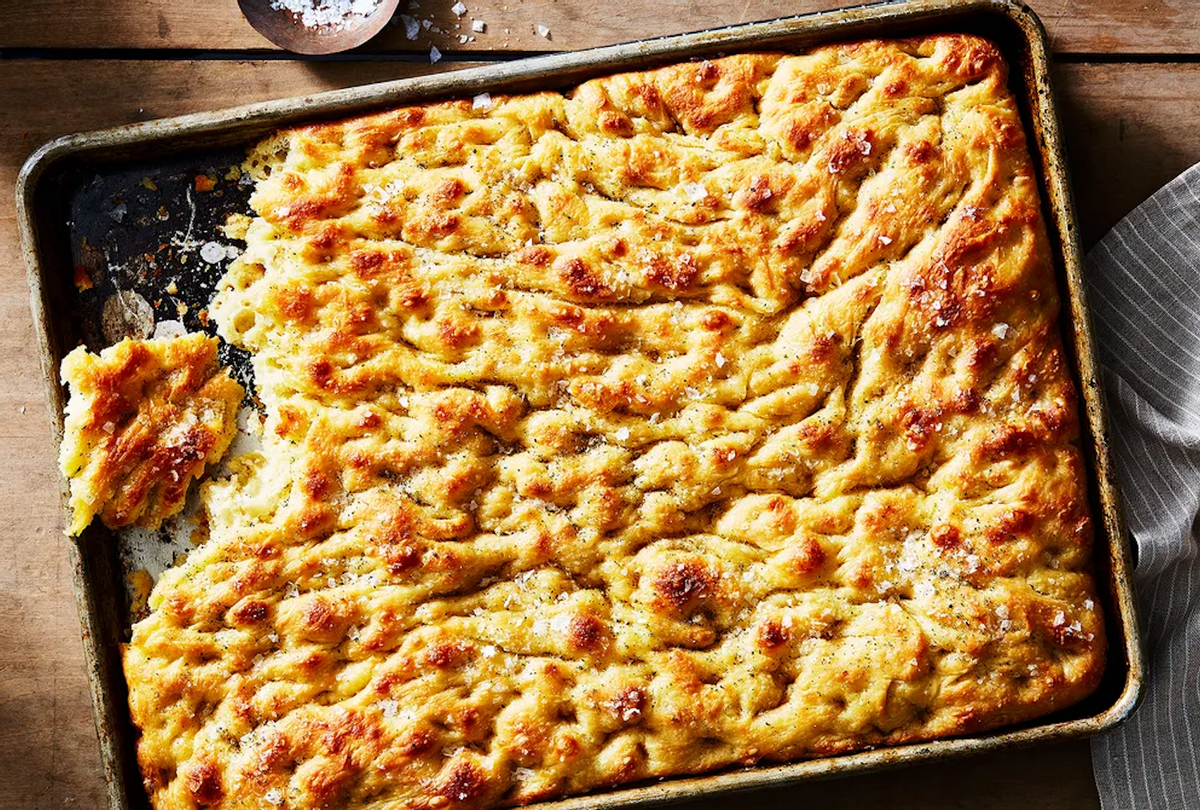 The current season of "The Great British Bake Off" has introduced us to everything from malt loaves to brandy snaps. We've seen bakers sweat off soufflés, crumble under the pressure of crafting wafer-thin cookies, and appear victorious when they're announced as the winner of a given challenge. Recently, contestants on GBBO were faced with something everyone loves — bread. The remaining bakers were tasked with baking focaccia, oliva and cheese ciabatta breadsticks, and, for the superstar recipe, milk bread. Focaccia and ciabatta both originated in Italy, while fluffy milk bread, which has gone somewhat viral in recent years, hails from Japan. So did they rise to the occasion, or sink under the pressure? While you'll have to watch the show to find out, we're sharing three of our own bread recipes so that you can see if you're up to the task from the comfort of your own home . . . rather than a tent in the middle of the woods.

Sheet pan focaccia bread can be simple or it can be studded with olives, cherry tomatoes, and herbs galore. This one is sprinkled with coarse sea salt (use the good stuff!) and receives a generous drizzle of good-quality olive oil. Like most breads, it takes hours and hours to rise into a voluminous dough. So start it in the morning and by dinner time, a fresh, crusty focaccia will be waiting for you and yours.

This hard and crusty bread is just as apt for dipping into a fruity olive oil as it is building a flavorful Italian sandwich with soppressata, prosciutto, mozzarella, sundried tomatoes, basil, and more of that fruity olive oil. It's a favorite of recipe developer and Food52 baking resident Erin Jeanne McDowell because it can be mixed by hand (no stand mixer or bread machine needed) and requires very little shaping.

This light and super fluffy bread is an upgraded version of an ordinary white loaf, but it's just as comforting and wholesome. It gets its pillowy texture — plus its signature name — from a combination of nonfat dry milk powder and heavy cream (plus eggs, butter, and honey). If you're lucky enough to have traveled to Davidson, North Carolina, then you may very well have tried the real deal, which is served as the bread course for diners at Kindred Restaurant.